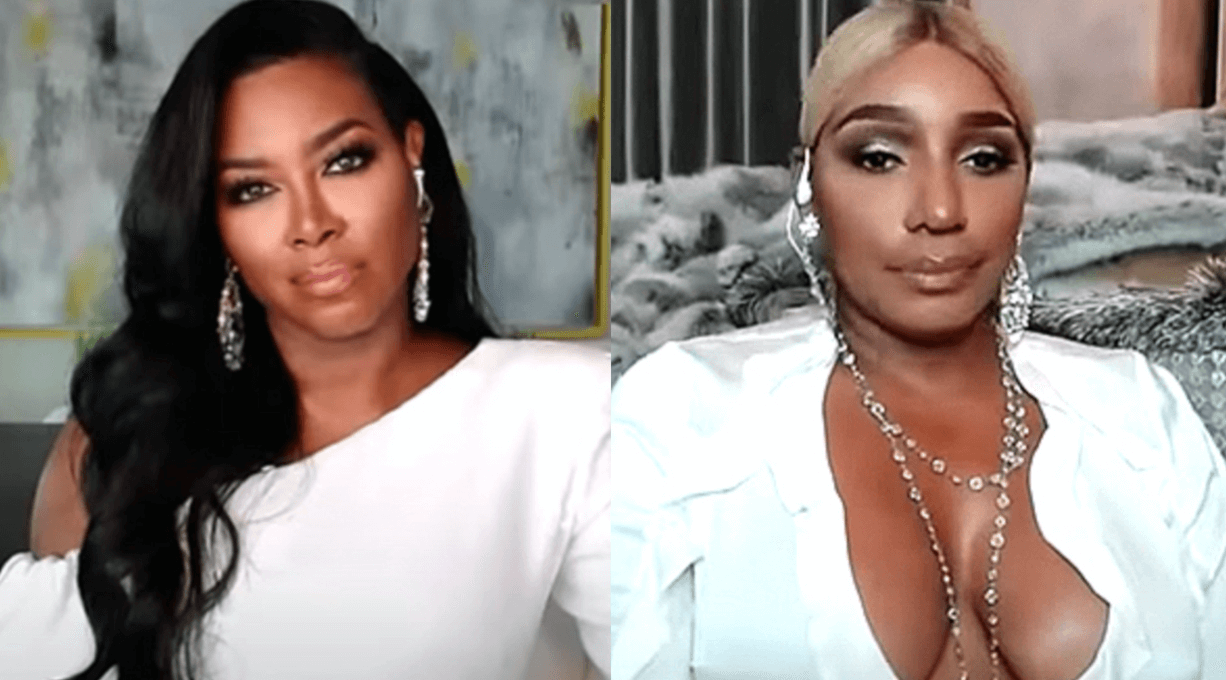 Kenya spoke about the never-ending feud during a weekend appearance on “Housewives Nightcap” and shot down any hope of a frenemy reconciliation.

Kenya informed viewers that the show had rolled on just fine without NeNe—who left last season after a contract negotiation breakdown.

Kenya revived the Detroit children’s charity controversy, after flatly answering “no” when asked if the duo could ever “bury the hatchet.”

NeNe challenged Kenya to write a $20k check to the charity of her choice during a 2014 RHOA reunion episode, in an effort to resolve a disagreement. Kenya agreed, and chose the Detroit Public Schools Foundation.

“This woman to me… I just see too much of her character,” Kenya began. “She promised to pay $20k to a charity for children, black children in Detroit primarily. I paid my $20k, she never paid hers. In fact, she said she would never pay it.”

“I’ve just seen too much of your character, and it’s rotten,” the reality star quipped. “You never win when you play dirty.”

“If negotiations fall through it’s because one party does not wish to give you what you want and they don’t feel that you’re worth it,” Kenya remarked. “That is what it is.”

As reported back in June, Kenya leaked a rumor that NeNe had been fired from the series amid the reality star’s contract negotiations.

“Kenya [Moore] ran to the blogs with the bulls*t about NeNe being fired,” a source told AllAboutTheTEA.com. “It’s not true. NeNe is still negotiating her contract with Bravo. Kenya made it up to get social media going and NeNe riled up – but it didn’t work.”

Bravo quickly shot down the frivolous report by releasing a statement denying that NeNe Leakes had been fired.

“There is no truth to this story. NeNe was not fired and conversations for the next season are still ongoing,” a Bravo rep confirmed to ESSENCE.

NeNe Leakes was vocal on social media about her displeasure with the network and her boss, Andy Cohen, after the firings of Vanderpump Rules duo, Stassi Schroeder and Kristen Doute. The RHOA veteran took to Twitter to retweet fans calling out Cohen and Bravo, and even retweeted a comment calling for Bravo to fire Cohen.

Cohen responded to NeNe’s social media shots during a later broadcast of his Radio Andy Show on SiriusXM and shaded the RHOA star in the process.

“Andy is very petty and he’s not on speaking terms with NeNe after she walked out of the reunion and she’s been shading him on social media,” a source dished last summer. “Andy is even low-key shading NeNe by saying he spoke to Kandi [Burruss], as if Kandi is the HBIC.”