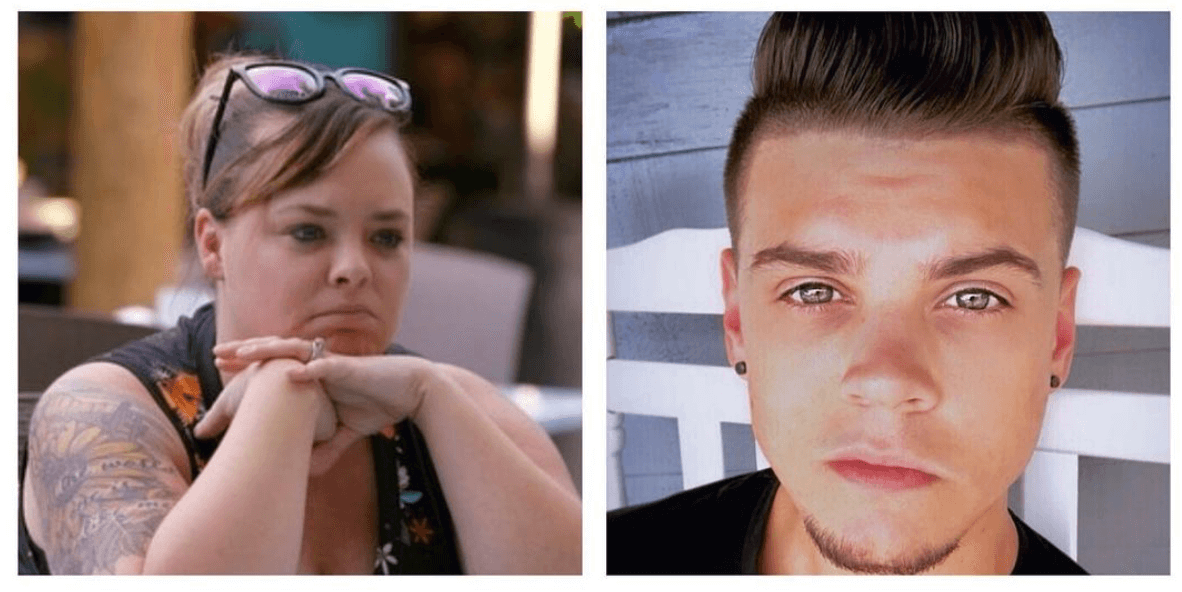 Catelynn Baltierra has suffered a miscarriage, and revealed the sad news on Instagram on December 8. The Teen Mom OG star opened up about the heartbreaking experience with fans, hoping to help other women in the same position.

“I WAS Pregnant and excited to share it with all of you and I am heartbroken to reveal that I lost the baby,” Catelynn wrote underneath a set of photos of herself,  her husband, Tyler Baltierra, and a positive pregnancy test.

The reality TV personality reminded followers that they were “not alone” in the emotional post.

“We are all in this together and everyone experiences pain, loss, and the recovery from it and I am still in the thick of dealing with this loss as it was recent and all the emotional trauma that follows such a loss in an already horrifically hard year,” the MTV mom added. “Thank you in advance for your prayers, love, and support.”

Catelynn and Tyler are parents to two daughters, Novalee, 5 and Vaeda, 1. Catelynn admitted that “this was painful to share” but desired to “help those who are experiencing the same thing to know that there’s someone else every day experiencing this.”

Catelynn revealed more details about her secret pregnancy and subsequent miscarriage in a December 8 interview with Champion Daily.

“About 3 days before Thanksgiving we found out we were expecting,” Catelynn told the outlet on Tuesday, the same day she shared the news on social media.

“We were soooo excited! We didn’t tell Nova [Catelynn and Tyler’s daughter] because we wanted to wait a while. I took like 6 different pregnancy tests to make sure!” the longtime MTV personality added.

Catelynn opened up about how she learned that she had lost her baby.

“On Thanksgiving 2020 I started bleeding. No matter what, I believe that when a woman sees a positive test you automatically start getting excited… all of that came crashing down,” Catelynn shared. “We lost the baby. I was overwhelmed by sadness and felt my emotions.”

Catelynn’s first miscarriage was chronicled on Teen Mom OG in 2018. The reality star shared that she was thankful that she was able to work through the loss more effectively this time.

“I can tell that the mental health work I’ve done has had a huge impact because I wasn’t overcome by anxiety but I was just sad,” Catelynn said.

“It was super early but like I said before it still hurts and all the excitement goes out the window. This is why we waited to tell Nova…. because experiencing one miscarriage in my past I knew it was a sad possibility,” she added.

Catleynn spoke out about life in quarantine with her family in an interview with Hollywood Life, before her pregnancy and miscarriage. The reality mom shared that “chasing two kids all day” was keeping her in shape during the pandemic. Fans of the long running MTV series know that the couple gave up their first child, Carly, for adoption, as teenagers.

The current cycle of Teen Mom—Teen Mom 2 airs on Tuesdays at 8 pm, ET, on MTV.