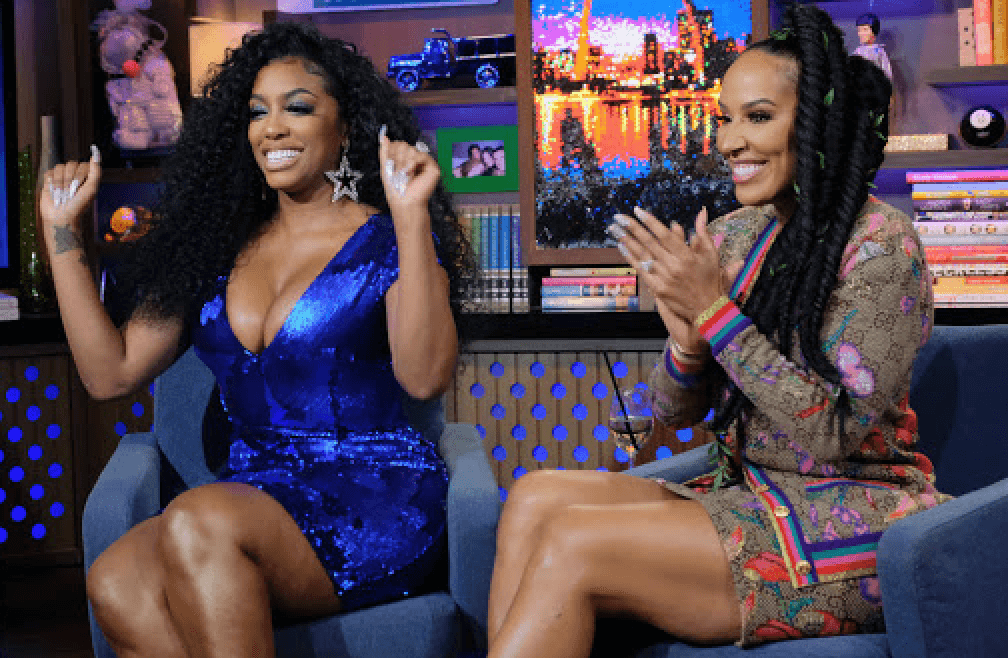 Season 13 of the Real Housewives of Atlanta kicks off this Sunday, and Porsha Williams’ storyline will highlight her commitment to social justice activism and support of the Black Lives Matter movement.

“Number one, I am holding the reason right here—my daughter, Pilar,” Porsha told ET, when asked why she felt compelled to join the movement. “She’s a beautiful black girl and I went down to Kentucky fighting for a beautiful black woman who lost her life. So for me, it really hit home as a mother.”

As reported—a source told Page Six that some girl on girl action occurred in the living room of the Charleston, South Carolina party house, while Bravo cameras rolled.

“There were multiple people that had girl-on-girl,” a source alleged, adding that the makeout sessions shifted to oral sex at times. “They were so drunk.”

The crew wrapped in the early morning hours, and two of the women allegedly moved into a private bedroom with the male stripper hired for the evening. Porsha and “friend” of the cast, Tanya Sam, were later identified as the alleged participants. Tanya denied any involvement and even quit filming the series after the story surfaced.

The Season 13 trailer featured Kenya Moore commenting that she heard “sex noises” coming from the bedroom, and Tanya crying over the accusation.

Porsha is laughing off the drama, and has neither confirmed nor denied any involvement.

“To me, it was a good time,” she told Entertainment Tonight. “It was what it was. I don’t really understand why it had to turn so negative. Maybe we’ll kiki about it at the reunion. I’m still ready to have fun!”

RHOA veteran, Kandi Burruss, spoke about “Strippergate” in her own recent interview and dished a few vague details.

“Here’s the thing. I was put in charge of the bachelorette party. Now you know very well that if I have anything that I’m in control of I’m gonna do my best to make sure that everybody has a good time,” Kandi told E! News. “So since I was in charge I just did my best to make sure it was a very over-the-top night that everyone would definitely remember and that’s what I did. And so let’s just say that these girls definitely got a night that they will never forget.”

Kandi revealed that the ladies were “more than happy” about the stripper’s arrival, and that no one was “freaked out.”

Kandi kept tight-lipped about what she heard during the wild girl party.

“I will not say anything…I am not getting into that one,” Kandi laughed, sharing that Cynthia said that she had “the best party she ever had in her life.”

Season 13 of the Real Housewives of Atlanta premieres on Sunday, December 6 at 9 pm, ET, on Bravo.