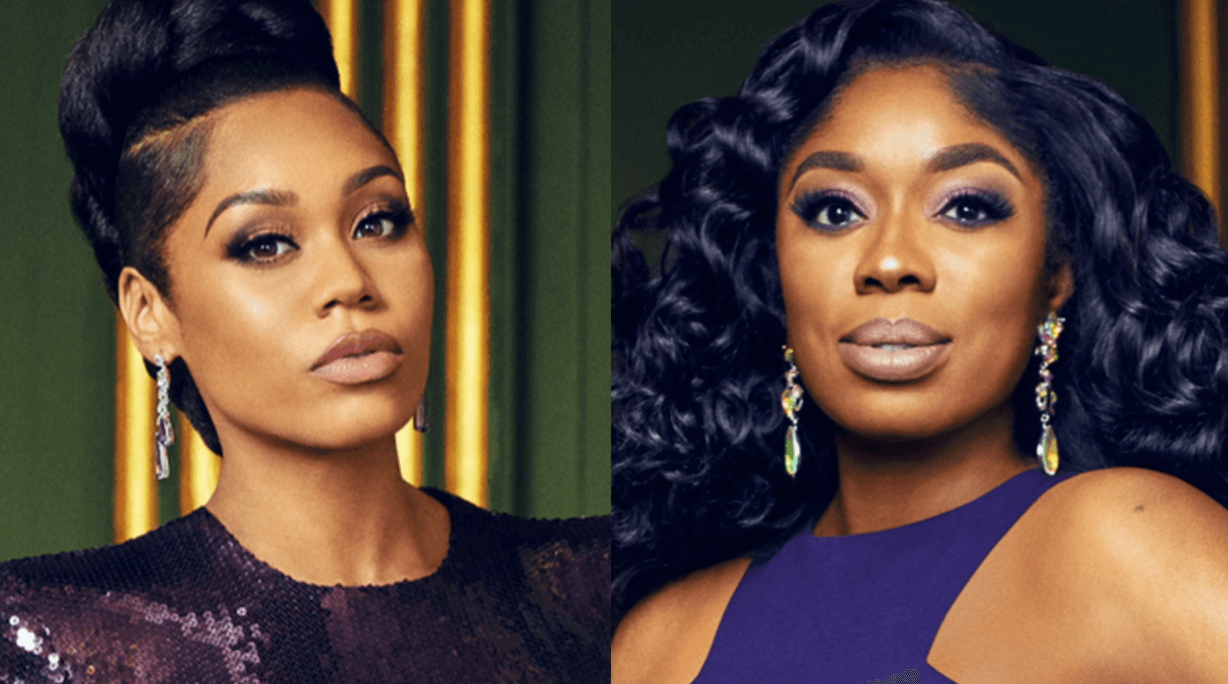 Monique Samuels seemed to hit it off with Real Housewives of Potomac rookie, Wendy Ofeso, after the duo first met at Candiace Dillard Bassett‘s anniversary party—but the reality star recently confirmed that a friendship with Wendy never existed.

RELATED: Monique Samuels Reveals PROOF She Had A Case Against Candiace Dillard!

Fans know that the cast split after Monique and Candiace came to blows during a filmed winery outing and that Wendy stayed in Candiace’s corner, despite her friendly history with Monique.

Dr. Wendy Ofeso, a political commentator and mom of three joined the cast in Season 5 and immediately clicked with many of the ladies. Wendy and Ashley Darby hit a rough patch during a girls’ trip to Monique’s lake house, but most of the ladies gelled with the newcomer.

A few weeks later, Monique and Candiace got into a heated physical exchange, where Monique pulled Candiace’s hair and refused to let go. Candiace attempted to defend herself by swinging a broken wine glass, seemingly injuring Monique’s lip. Monique held a meeting after the violent incident, and while she confessed that she was not yet remorseful, she did take responsibility for her actions. Candiace eventually filed a complaint against Monique and the Not for Lazy Moms founder countered, slapping Candiace with her own legal complaint.

Karen Huger and Ashley Darby stood by Monique, and the rest of the ladies sided with Candiace. Karen attempted to explain her stance to Candiace during Wendy‘s empowerment event, but Wendy intervened and pushed Karen to hold Monique accountable for her behavior. The cast divide deepened after Ashley revealed that Monique had requested that she write a statement, to share her own negative experiences with Candiace with the court.

Fans know that Candiace once brandished a butter knife against Ashley and slammed her with nasty comments on Twitter. Ashley agreed to support her friend with the statement despite not being present during the winery brawl. Wendy disagreed with Ashley’s decision to support Monique, calling her “a snake,” but Ashley believed that her friend “had more to lose” if she were to face jail time.

Monique gave an update on her relationship with Wendy during a recent episode of Watch What Happens Live.

During the November episode of the Bravo chat show, a fan asked Monique if Wendy had the right to be upset about Ashley’s decision to support her via the written statement.

The podcast host reminded viewers that she did not ask Ashley to lie about anything.

“I don’t think she has a right to be upset about that,” Monique responded. “I didn’t ask Ashley to write anything that was a lie, I just asked her to write about her history as it pertains to Candiace and her belligerent behavior.”

Monique gave fans an update on where she stands with Wendy today.

“My current state with Wendy as far as a relationship it’s non-existent,” Monique added. “We’ve never really had the opportunity to even develop a relationship.”

#RHOP's @IAmMrsSamuels gave an update on the status of her friendship with co-star Wendy Osefo. #WWHL pic.twitter.com/8DmwMizaWX

“I unfollowed Wendy (IG) prior to reunion,” Monique tweeted, on November 13.