Real Housewives of Potomac fans know that Candiace Dillard filed second degree assault charges against Monique Samuels after the Bravo duo came to blows during a filmed winery outing. Monique countered Candiace’s move and filed her own charges, despite being the aggressor in the altercation. Candiace cried foul, claiming that her co-star lacked common sense and had no case. 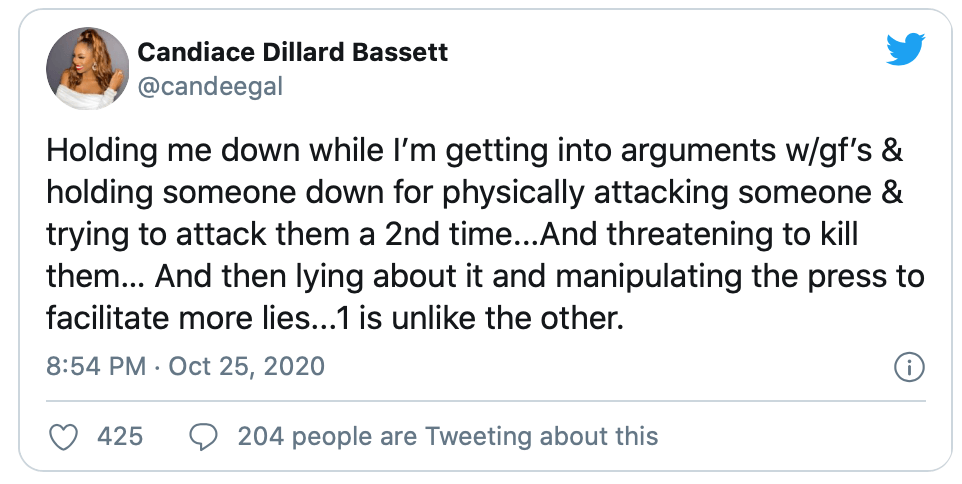 Monique proved Candiace wrong after the most recent episode of the show played out, sharing an email from a Maryland court on Twitter. 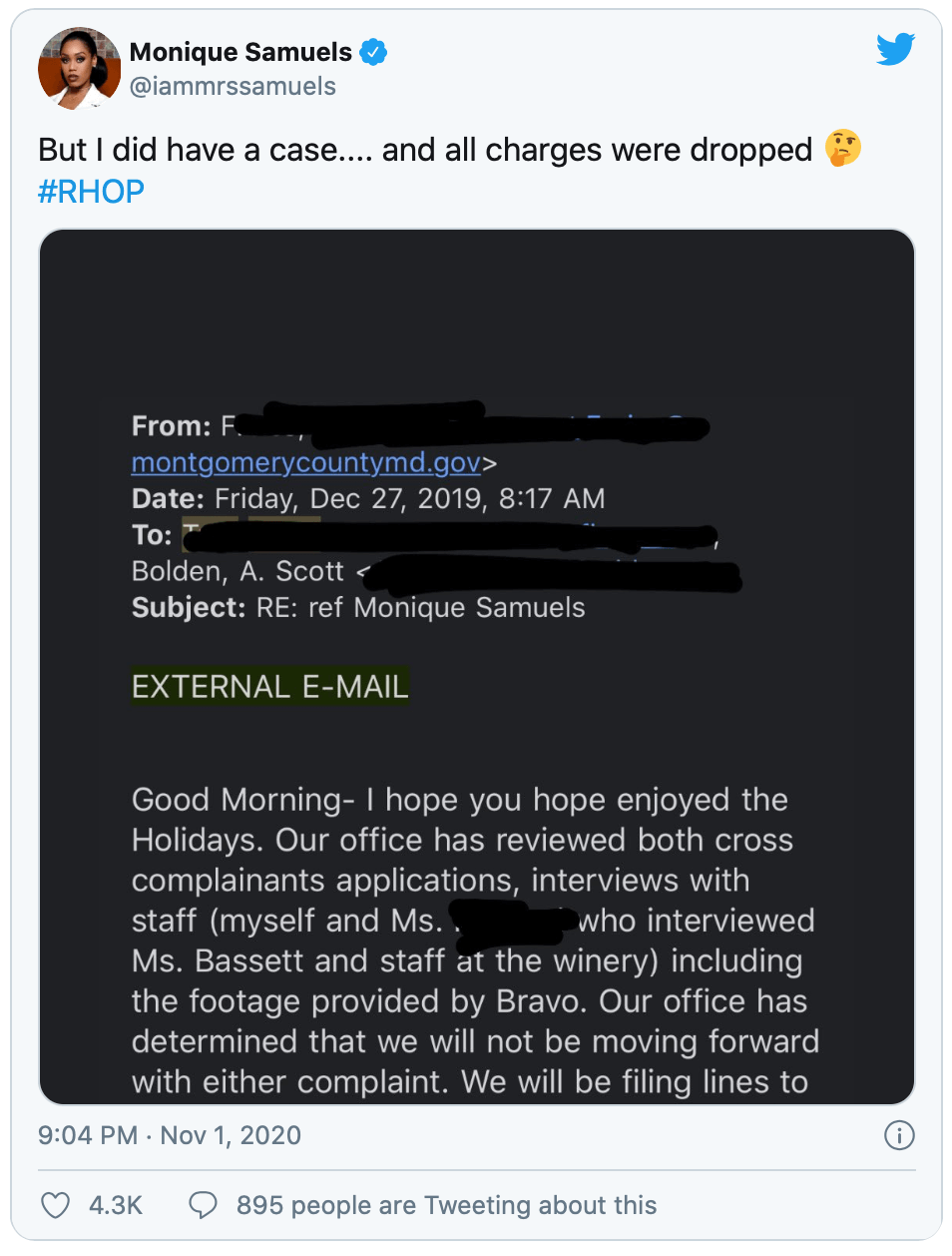 The email confirmed that prosecutors would not be “moving forward with either complaint.”

“Charges have been dismissed by the Office of the State’s Attorney for Montgomery County, Maryland,” Public Affairs Director Ramón V. Korionoff told PEOPLE in December 2019.

Monique claimed that she intended to apologize for the incident and asked her lawyer for mediation before Candiace filed the complaint. Monique filed her own complaint, citing concern that she could be put in jail before her side of the story was told. The reality star noted that she had “no other choice” but to counter Candiace’s complaint.