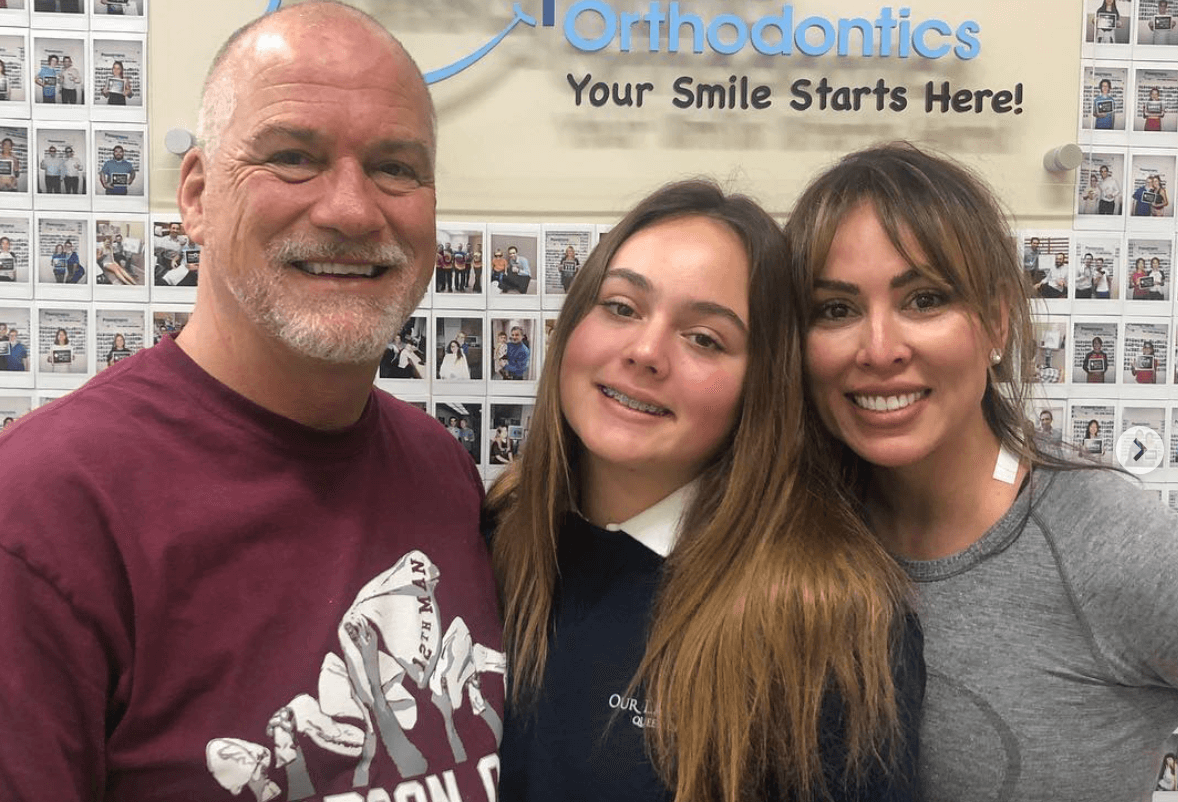 Kelly Dodd took to Instagram over the weekend to put her ex-husband, Michael Dodd on blast—accusing her ex of ignoring their daughter for six months. The Real Housewives of Orange County star also alleged that Michael wants to take her to court.

Kelly, who recently married Fox News correspondent, Rick Leventhal, shared an alleged text message on her Instagram Stories on Sunday, busting Michael for not picking up their daughter, Jolie, 14, from a tennis match.

“Hey Jolie has her last match at the club and I have a part can you pick her up from tennis at 3:00? Perhaps take her to dinner?” Kelly allegedly wrote in the message, to which Michael seemingly responded, “I can’t today, I’m busy.”

“What kind of father doesn’t want to spend time wit his daughter? Hasn’t been with her in 6 mos. Thank god for @rickleventhal,” Kelly captioned the screen-grab. 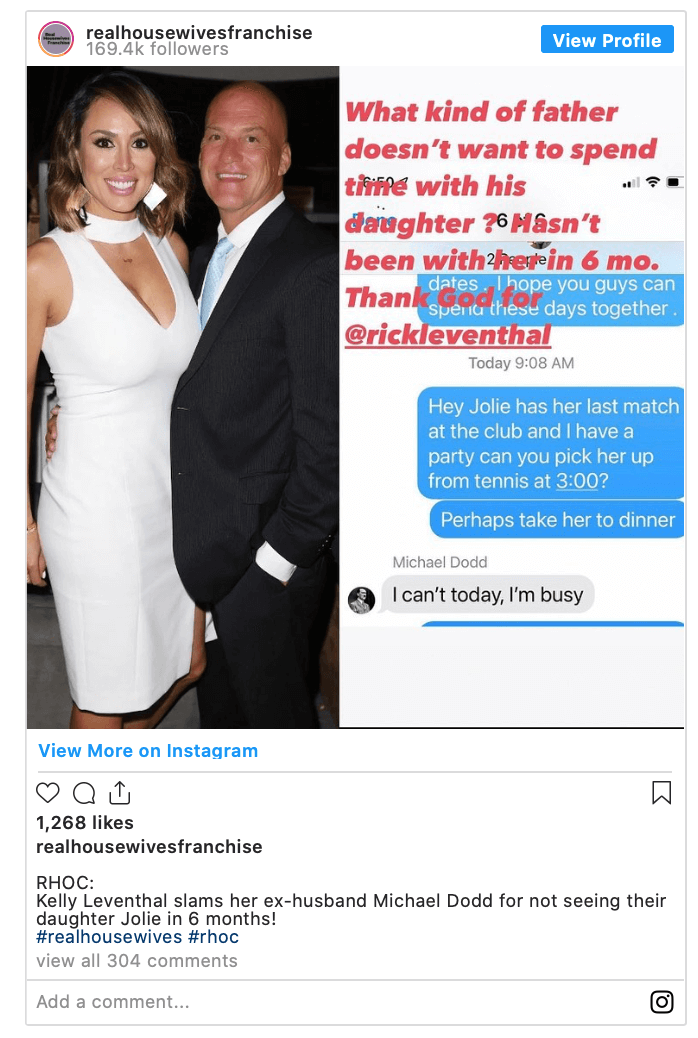 Kelly then faced the camera and told fans why she continues to publicly call out her ex.

“I put Michael on blast because he does nothing with Jolie,” the reality star said, adding, “He doesn’t want to see her.”

“So, if you don’t want me to blast you anymore, just sign the f–king papers, Michael Dodd. Sign the papers and I won’t blast you,” she concluded, addressing Michael directly. 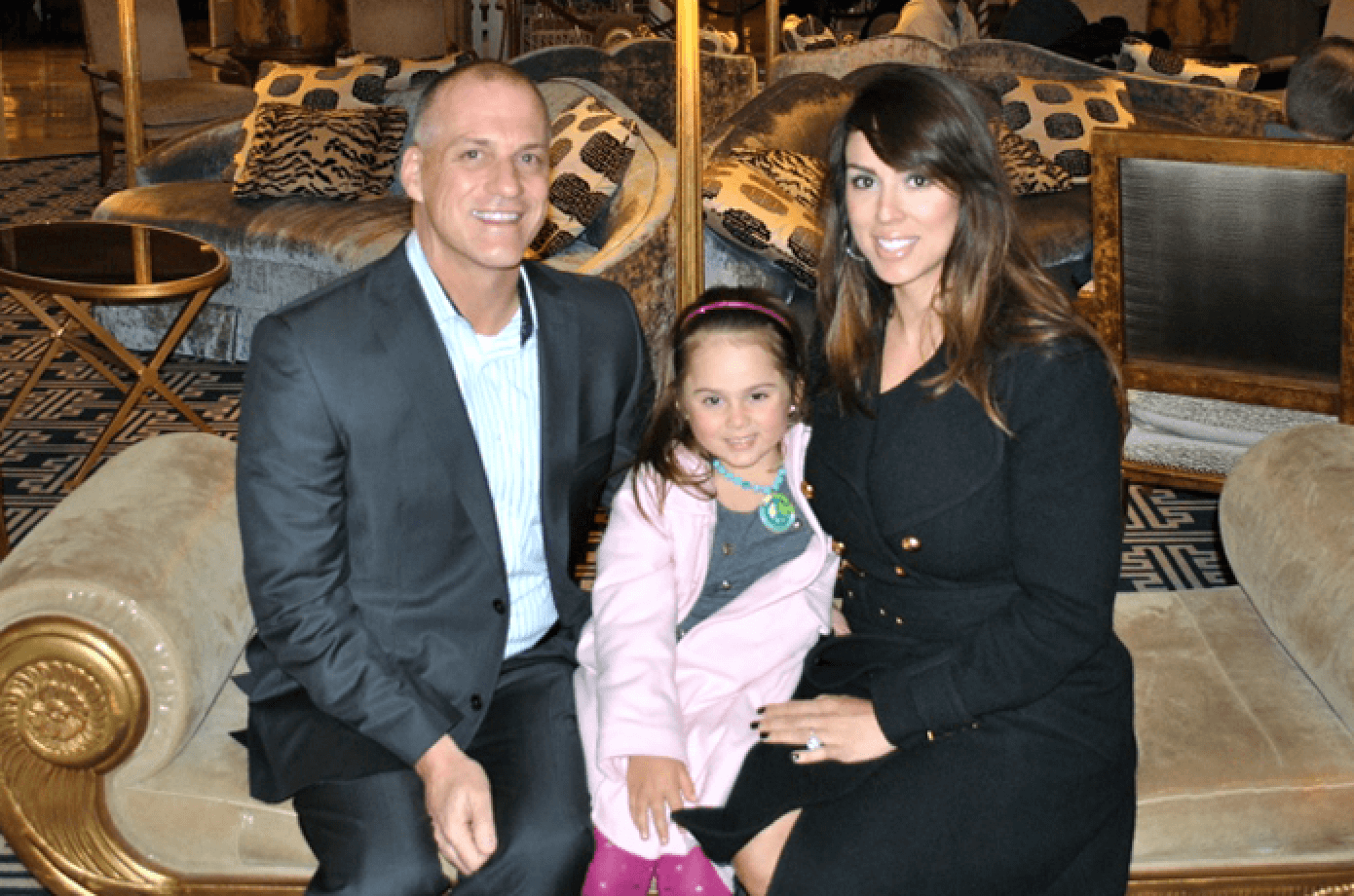 Kelly and Michael split in September 2017, after 11 years of marriage. They reportedly finalized their divorce the following year—but according to Kelly, “loose ends” remain. Kelly and Rick became engaged in November 2019 and wed on October 10 in Napa, California.