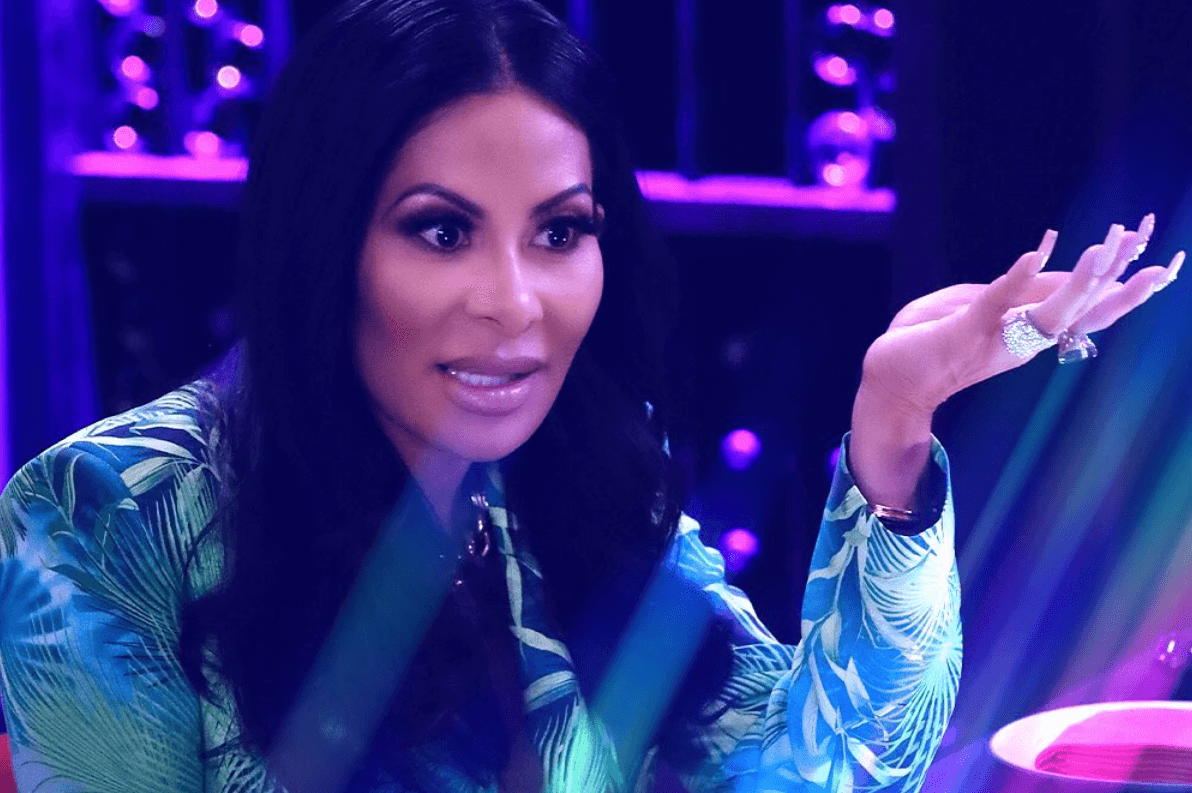 Jen Shah is in hot water after making an ignorant comment during the premiere of RHOSLC. Jen was having breakfast with her family when her oldest son, Sharieff Jr., outed his younger bro, Omar, for having a girlfriend.

“What did you say? He has a girlfriend?” Jen asked Sharieff Jr. before bluntly asking Omar, “Have you kissed a girl yet?” After Omar answered ‘no,’ Jen told him, “If you kiss a girl, you might be like ‘Oh, she’s cute,’ but guess what? You can contract herpes, probably AIDS.” 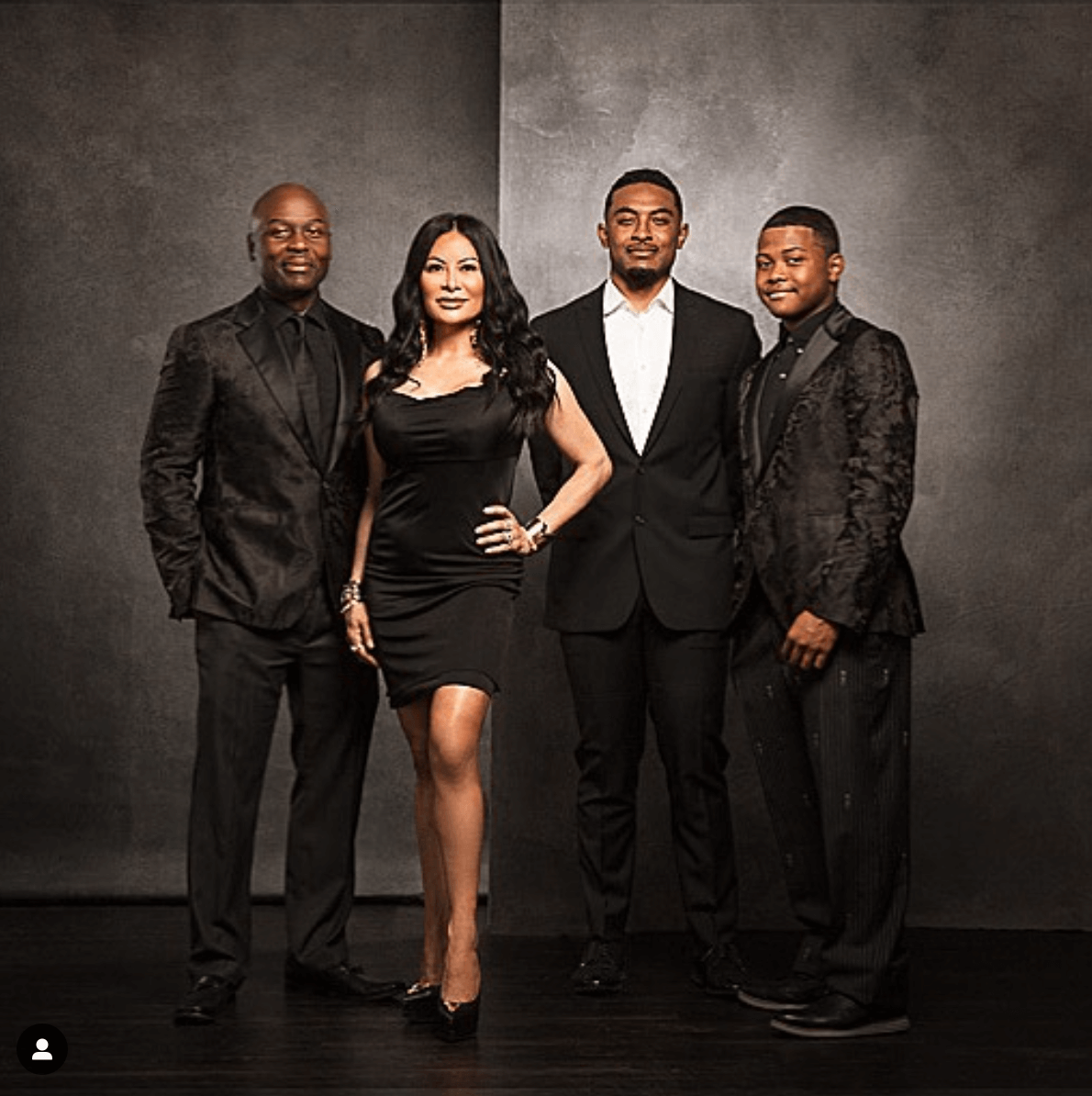 That comment not only set viewers off, but caught the attention of The AIDS Memorial, a social media account that is “preserving the legacy of the AIDS epidemic with storied of love, loss, and, remembrance.” After Jen Shah tweeted a photo of herself with her husband and youngest son at the RHOSLC premiere party, the account replied with a comment.

“Please educate yourself instead of spreading myths about HIV/AIDS that only fuel the stigma that surround people living with HIV,” the tweet read. Jen Shah, who has since been very apologetic about her comments replied, “Yes, my comment on the premiere was very ignorant and insensitive. I do apologize for saying it!“ 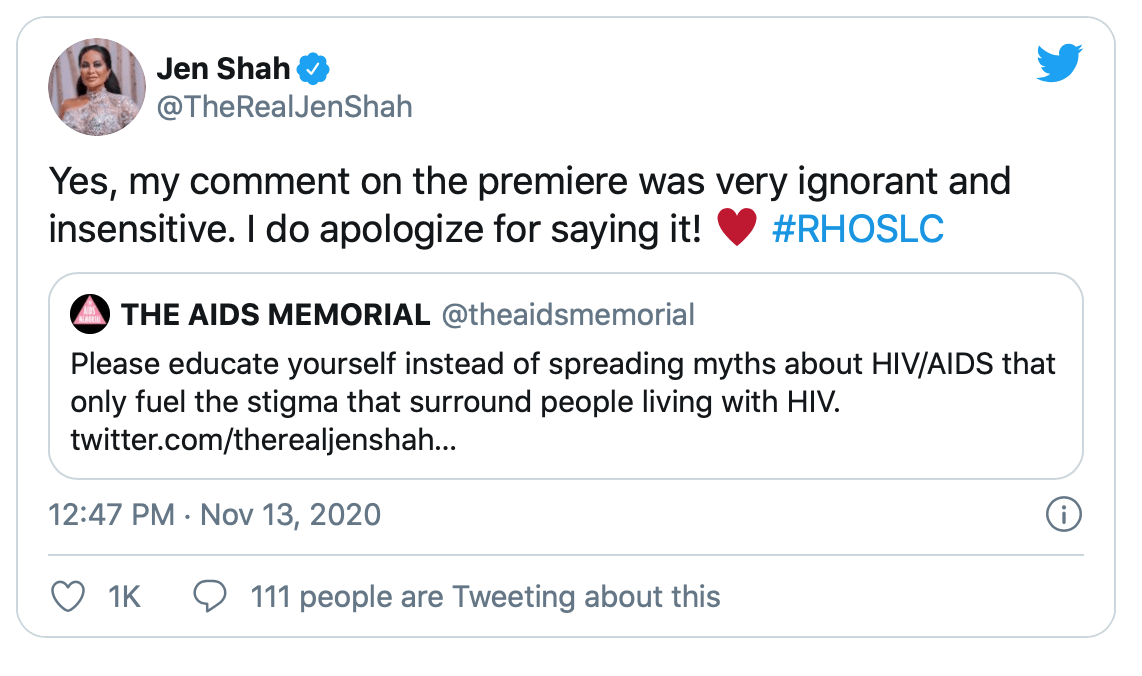 Although Jen received a lot of backlash for her AIDS comments, she received a bit of support from more forgiving fans who appreciated her for owning up to her mistake.

“Accountability and an apology – no excuses, no doubling down, no defensiveness. I wish more housewives would take note of this,” one fan tweeted. Another said, “We stan even harder. No excuses. Straight up apology. As someone who is HIV positive, I totally got the vibe that you were being hyperbolic and joking but the statement was still ignorant. This public apology means everything.”