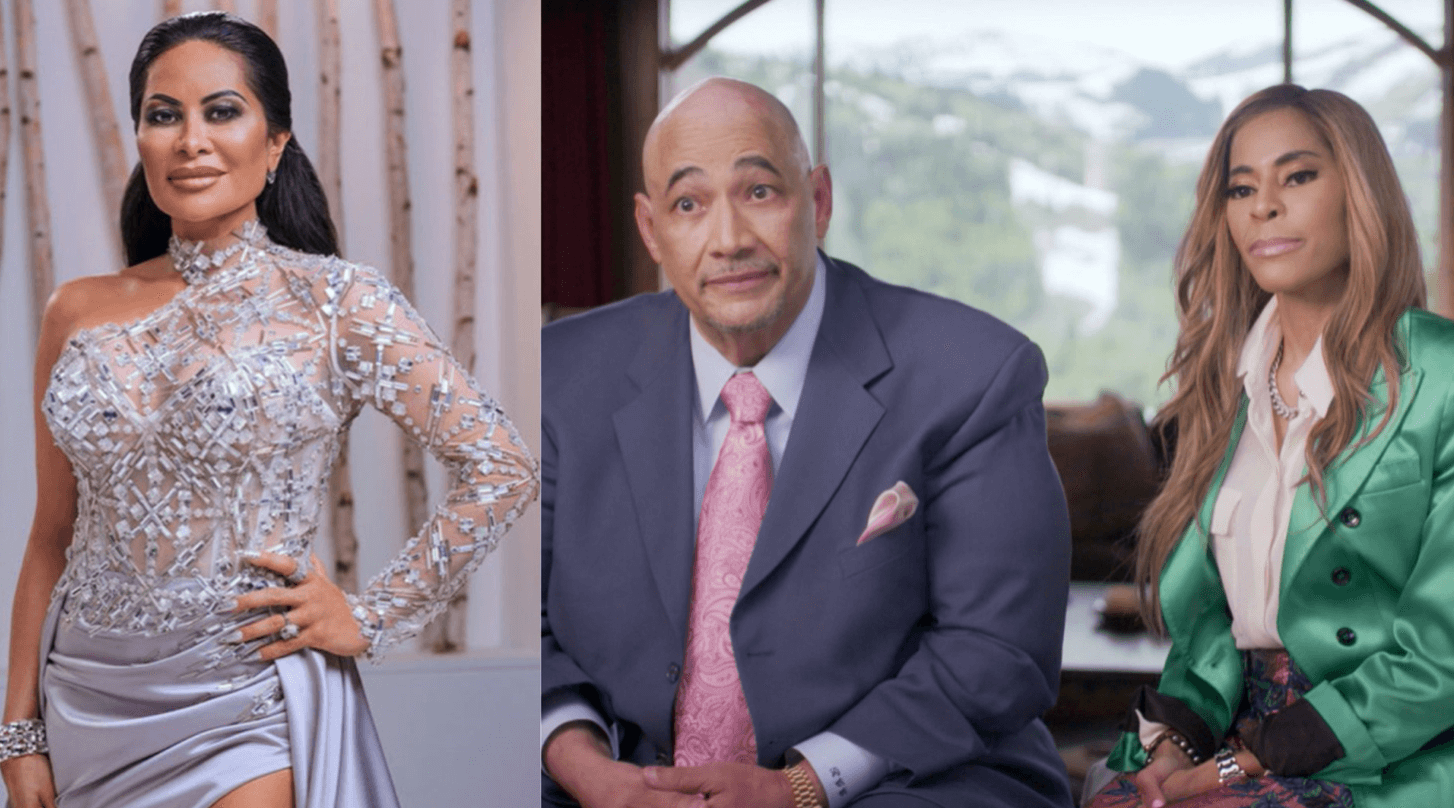 Jen Shah kicked off the premiere season of the Real Housewives of Salt Lake City with a bang—going after her co-star, Mary Cosby, on social media as the episode aired.

Mary, a Pentecostal First Lady, inherited her family’s empire of churches,  restaurants and more, but had to marry her late grandmother’s second husband, Robert Cosby Sr. in order to score the family businesses.

Jen marked the first episode by throwing shade at Mary on Twitter—calling attention to her unusual marriage, while reacting to what went down during the premiere episode.

“Mary shouldn’t talk about other people’s family while she is laying in her grandmothers bed with her husband!” Jen wrote on Twitter.

Mary shouldn’t talk about other people’s family while she is laying in her grandmothers bed with her husband!💅🏽 #RHOSLC pic.twitter.com/hSUvb7XxOO

Jen posted side-by-side photos of the unconventional couple, inviting lots of feedback from her exploding fanbase. 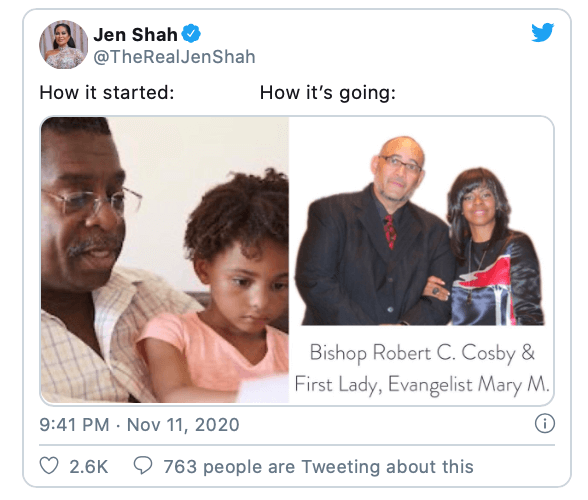 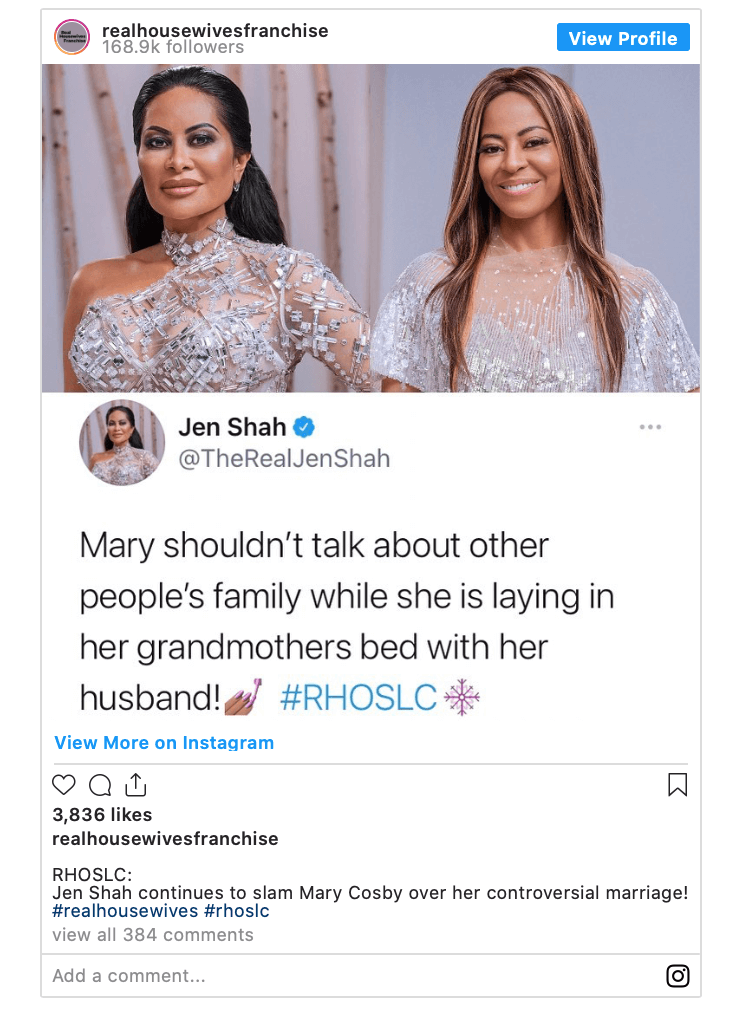 Jen interacted with fans, as they sounded off about the first episode of the new Bravo series. 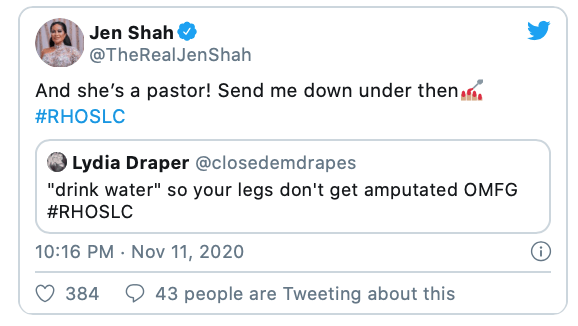