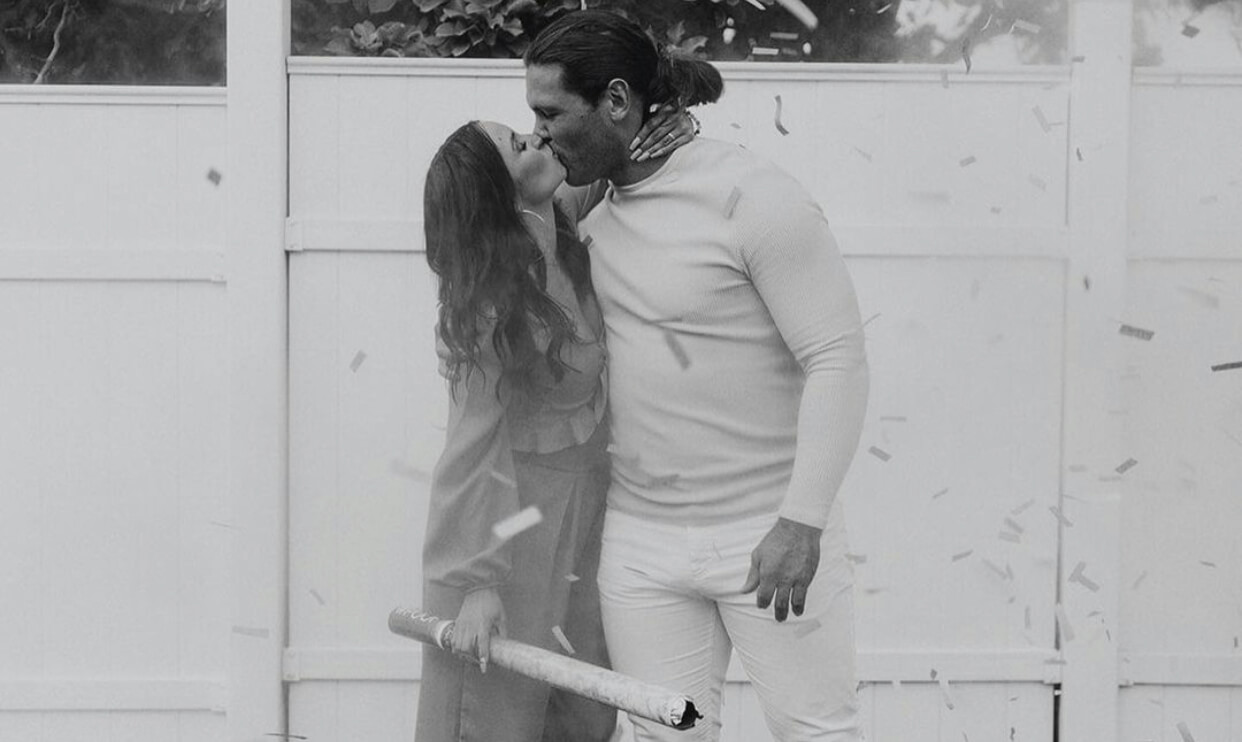 It’s a girl for Scheana Shay and Brock Davies. The Vanderpump Rules star posted a video of her gender reveal party on Wednesday, popping a pink cannon while her boyfriend kicked a rugby ball full of pink powder.

RELATED: Scheana Shay’s Boyfriend Says ‘She Has My Back, I Have Hers’ After Devastating Miscarriage!

“I’m just excited to be having a healthy baby,” she told People. “After the miscarriage and getting pregnant so quickly after, I just prayed for a healthy baby. But I am so excited to put the biggest bows in my little girl’s hair and spoil her with unicorns!”

“I was just praying and hoping all the genetics and tests came back okay,” she added. “I hope to have two or three kids and I want both a boy and a girl or two, so it didn’t matter the order to me!”

VPR personalities Ariana Madix, Tom Sandoval, Raquel Leviss, Kristen Doute, and Brittany Cartwright all attended the couple’s gender reveal. Brittany is also pregnant and is expecting a son with her husband, Jax Taylor. Stassi Schroeder and Lala Kent are also pregnant and were evidently not invited to the baby bash, likely due to their strained relationships with Scheana.

Scheana did not share her baby girl’s name, but did reveal that she “always had [a] girl name that I’ve wanted since high school. I still love the name; I think it’s timeless.” When the reality star was dating Robert Parks Valleta she commented that she dreamed of using the name Madison Marie for their future child.