Scheana Shay and her beau, Brock Davies, are standing strong in the wake of the Vanderpump Rules star’s miscarriage.

On Saturday, Scheana Shay’s boyfriend shared a cute couple snap on Instagram — the duo sharing a sweet moment on the beach. Brock is rocking a speedo in the backside shot, while hanging on tight to the VPR star.

“She has my back and I have Hers,” Brock captioned the post. 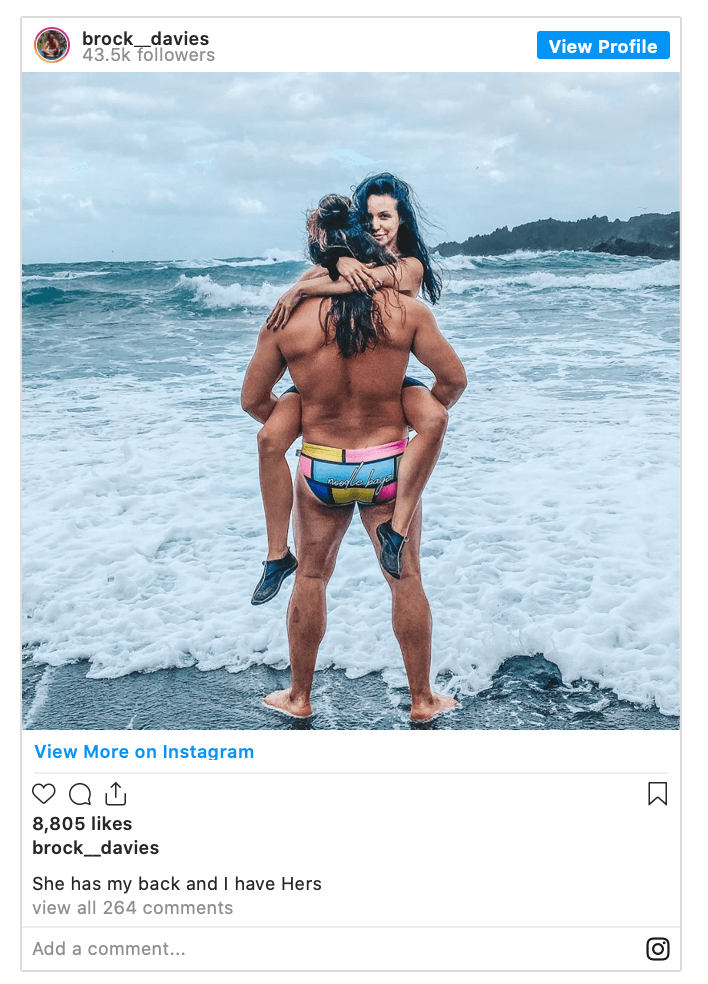 Scheana Shay revealed that she had miscarried on Friday, sharing the sad news on her podcast “Scheananigans.”

“I didn’t think that I could get pregnant on my own. My AMH levels, for those of you who know what they are, were 0.28. That’s basically your fertility levels, and that tells you your egg count. I have very low ovarian reserve,” Scheana Shay explained.

The reality star had previously opened up about freezing her eggs, and said on her podcast that she and Brock were shocked by the positive pregnancy test. She even planned to surprise her dad with the good news, on Father’s Day.

Scheana Shay revealed that things took a bad turn — and that she was “bleeding all weekend, and it wasn’t stopping.”

A doctor confirmed that her pregnancy hormone wasn’t “doubling or tripling as it should” and her progesterone had dropped. Scheana went on progesterone supplements and the bleeding stopped — but an ultrasound confirmed that “there was no heartbeat” and nothing “growing inside” her uterus.

“There were parts that he could see where [the fetus] was starting to form and it just didn’t,” the Bravoleb explained. “So obviously, [it was] just devastating. We were so excited. To be excited for a few weeks and then it’s gone so quickly. It’s still been a lot to process.”

“Now I’m at home and I’m just waiting to naturally miscarry,” she added. “I have to go back to my doctor this week so he can do another ultrasound. Because now I’m just literally sitting here waiting, feeling normal but still treating my body as if I’m pregnant, which is a complete mindf— because I know there’s nothing progressing but there’s still something there and I haven’t passed it yet.”

Scheana Shay commented about why she decided to share about the difficult experience.

“I wanted to put this out because a miracle did happen, and I got pregnant for the first time in my life,” she said of the reason she’s sharing her story. “And although this one isn’t working out and we don’t know yet what’s exactly gonna happen, I know that I was able to get pregnant on my own, and that alone is a miracle. And I know that this is something that’s common, that so many women go through.”

Press play below for a complete breakdown of Stassi Schroeder’s downfall after being fired from Vanderpump Rules — and subscribe to All About The Tea’s YouTube channel.