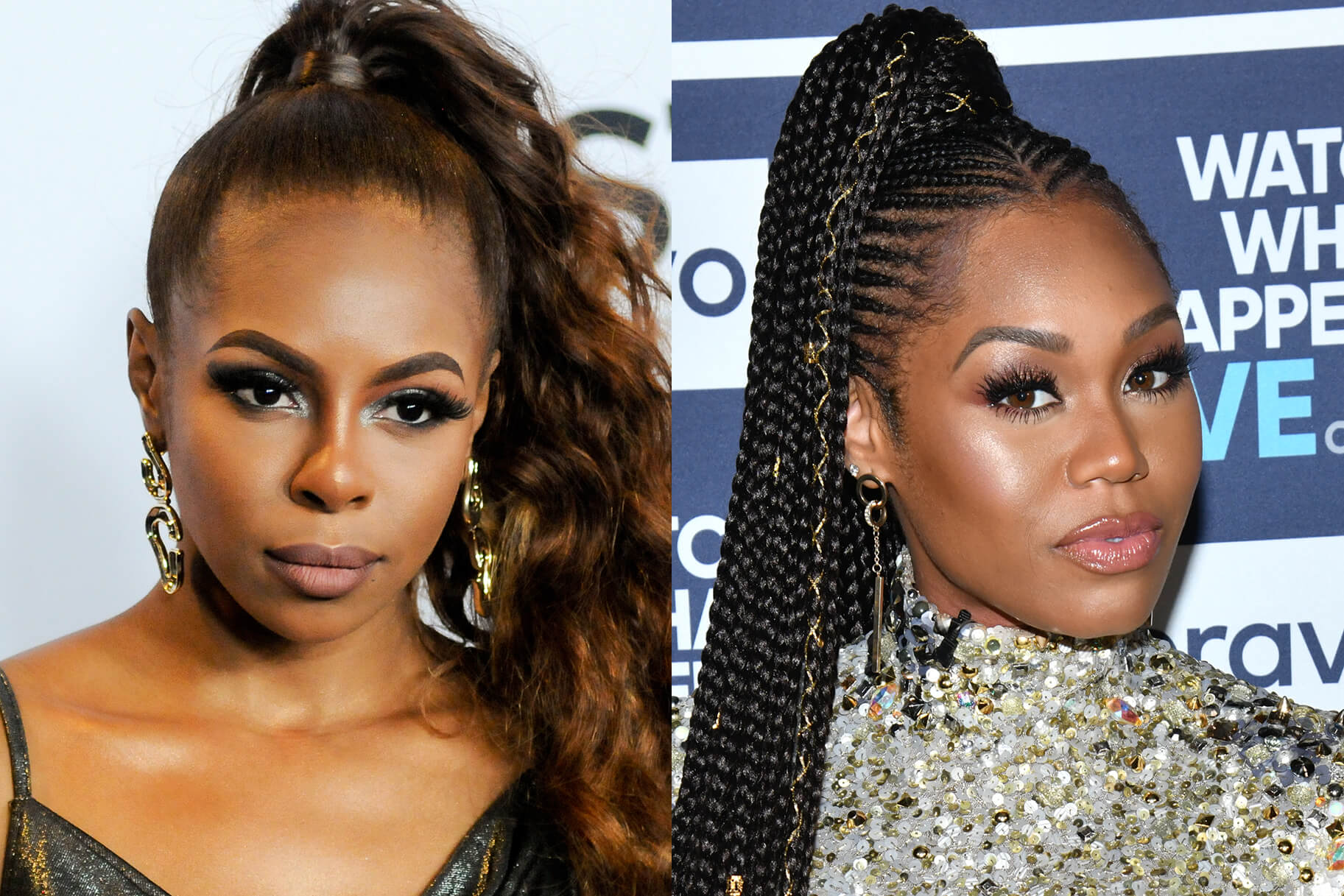 Andy Cohen has addressed rumors about a possible Season 6 Real Housewives of Potomac cast shakeup after the messy altercation between Monique Samuels and Candiace Dillard played out on the series.

News of the filmed smackdown spread months before the drama unfolded on the show, and rumors swirled about what had actually gone down. It was initially reported that Candiace started the brawl by throwing a glass of wine in Monique’s face. Candiace later spoke out about the incident during  an Atlanta radio interview, denying the allegation. She commented that she believed that she had done nothing to spark the violent outburst. She eventually filed charges against Monique, who also hired a lawyer and filed counter-charges. All charges were eventually dismissed.

The ladies have made it clear that there is no way back, and Candiace has declared that she no longer wants to film with Monique. She told Page Six that she will likely not return if Monique is not axed, but Monique has confirmed that she would not be leaving the show. Gizelle Bryant, Robyn Dixon, and Wendy Osefo have apparently joined Candiace in freezing Monique out of the narrative.

Andy Cohen confirmed that he did not see a cast shift in the RHOP’s future, during a recent appearance on Danny Pellegrino’s podcast, Everything Iconic.

“No, I don’t [think the RHOP cast will change]. I think that’s one of the reasons why Potomac is so great,” Cohen confirmed.

As exclusively reported, Khyle Paylor, the blogger known as The Black Socialites, died on Wednesday, November 4, 2020, at Holy Cross Hospital in Maryland, AllAboutTheTea.com can confirm.

Candiace Dillard’s wished death on the DM-area blogger back in August, Candiace Dillard, posted a video exposing a cast plot designed to take down her Real Housewives of Potomac co-star, Monique Samuels — but she didn’t stop there — she also attacked Khyle Paylor.

Candiace Dillard, 33, dedicated one section of her marathon video to bashing the DMV-area blogger by fat-shaming him and wishing death upon him.