Brandi Glanville wasted no time in broadcasting the breaking news of Real Housewives of Beverly Hills star, Erika Jayne’s impending divorce from her husband, Tom Girardi. It’s no secret that Brandi has been trying to work her way back onto the RHOBH cast—and that her cast relationships are regularly on thin ice.

Erika Girardi filed for divorce from her husband of 21 years, high profile attorney, Thomas Girardi, on Tuesday. The surprise split rocked the RHOBH fan base and Brandi moved to capitalize on the news. Brandi posted a photo of the splintered couple on her Instagram account along with a link to a celeb site reporting the divorce bombshell. 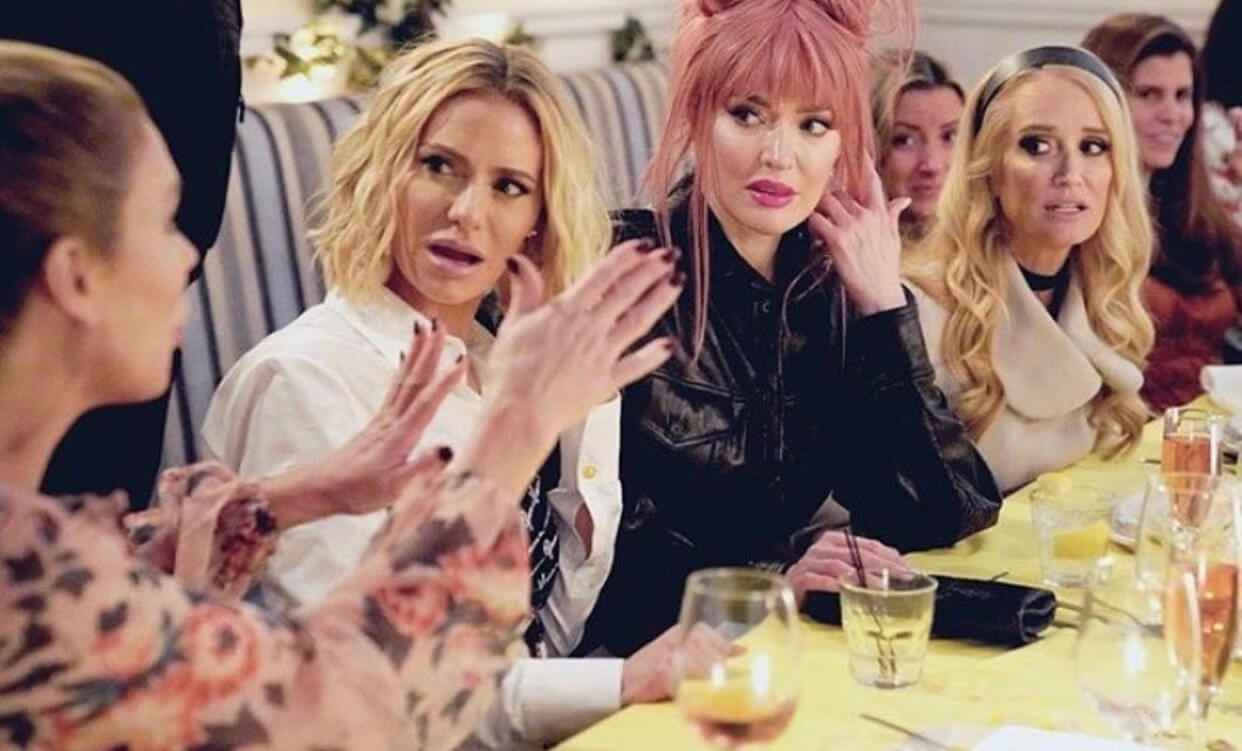 Brandi later walked back her post, deleting the IG share. She issued a statement addressing the tacky maneuver.

“I took a Xanax earlier because of what’s going on in this world. I didn’t see the post on my IG about @erikajayne until this eve & I deleted it the second I saw it,” Brandi tweeted. “As I’ve said in the past o lease my social media out. I in no way would’ve been that insensitive.” 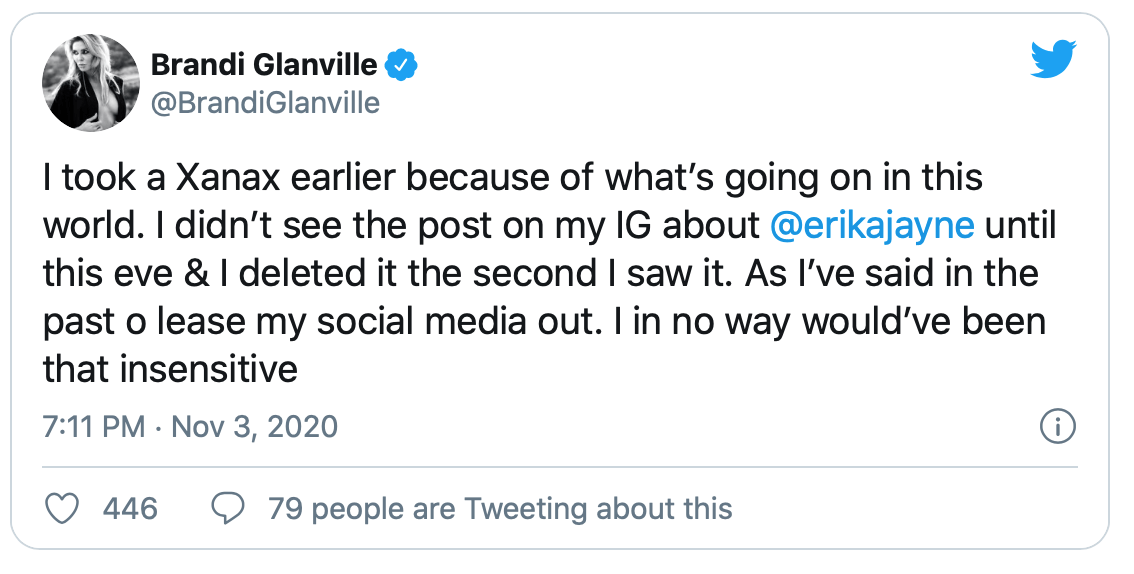 Erika announced the couple’s decision to split via a released statement.

“After much consideration, I have decided to end my marriage to Tom Girardi. This is not a step taken lightly or easily. I have great love and respect for Tom and for our years and the lives we built together,” Erika stated. “It is my absolute wish to proceed through this process with respect and with the privacy that both Tom and I deserved. I request others to give us that privacy as well.”

Fans know that Brandi made appearances on RHOBH during the last season of the series, alleging that she had had a fling with Denise Richards. Richards made her exit after the drama, and Brandi openly campaigned for a lucrative comeback.