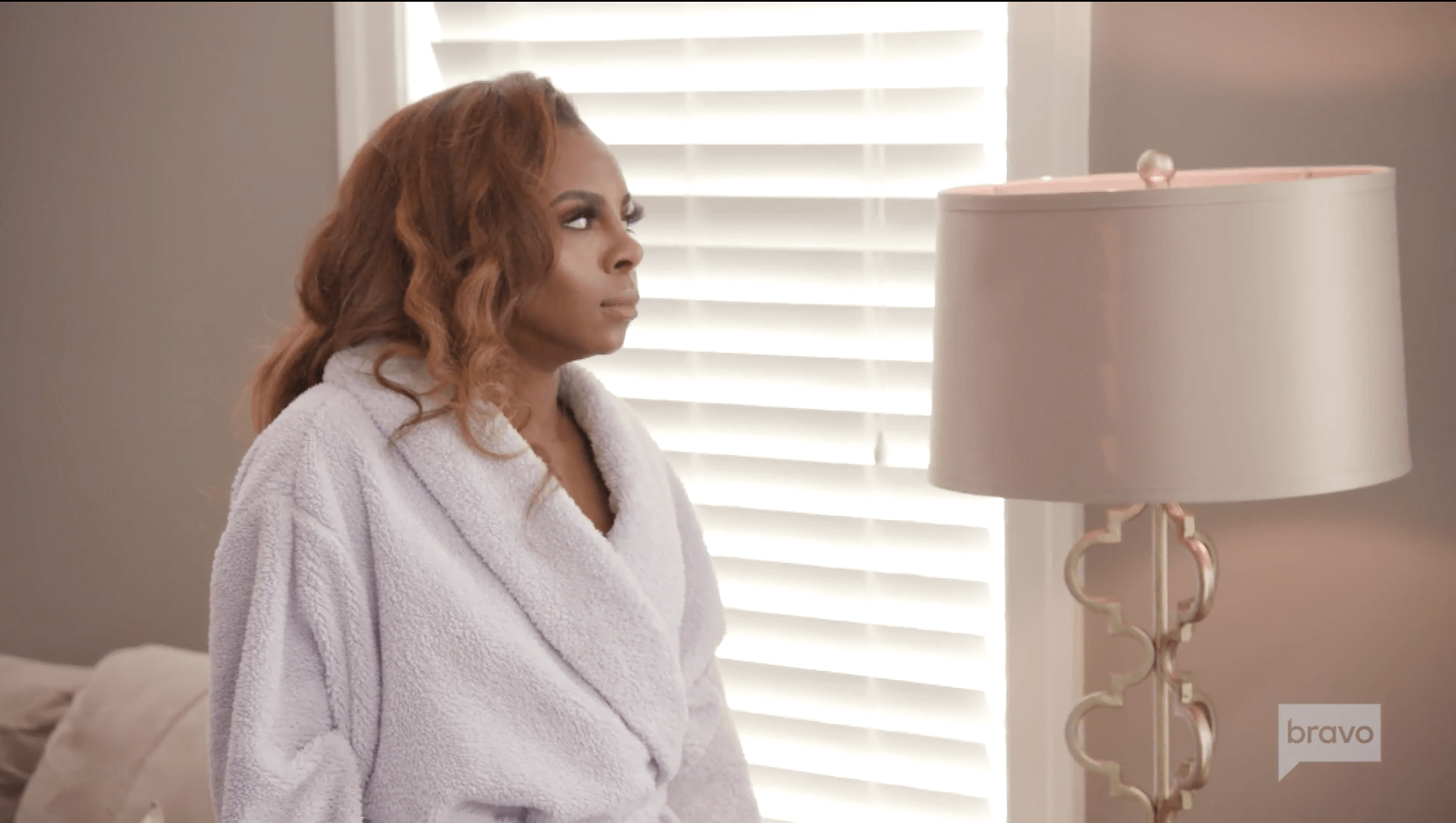 Monique Samuels triggers Candiace Dillard by filing countercharges, responding to her co-star taking legal action against her after the winery brawl that played out on the Real Housewives of Potomac.

In a preview for next week’s episode Monique addresses Candiace’s legal maneuver.

“If the judge believes your story and never heard mine, I could be arrested in front of my kids,” Monique says in one sneak peek.

In a second teaser for the episode, Candiace reacts to the news in a scene filmed with her husband, Chris Bassett.

“That rusty a– bitch,” Candiace snaps.

“Never in my entire thirty three years of life have I encountered a person who could be this arrogant and evil and sociopathic.. that you think that you have a case to countersue me for what you did,” Candiace rants in a personal interview.

Monique later comments that Candiace had left her “no choice.”

Monique and Candiace accused each other of second-degree assault in November 2019, both filing complaints with a Maryland District court. The Montgomery County State’s Attorney’s Office confirmed in December that they would not be pursuing either complaint.

Watch the legal drama play out on the Real Housewives of Potomac, Sunday nights at 9 pm, ET, on Bravo.

Related Items:#RHOP, Candiace Dillard, featured, Monique Samuels, Real Housewives of Potomac
‘RHOP’ RECAP: Karen CHECKS Candiace and Wendy After They Confront Her About Supporting Monique After The Fight!
Gizelle Bryant & Robyn Dixon Betray Wendy Osefo, Gossip Behind Her Back and Laugh At Her “Doctor” Title!
Comments
To Top