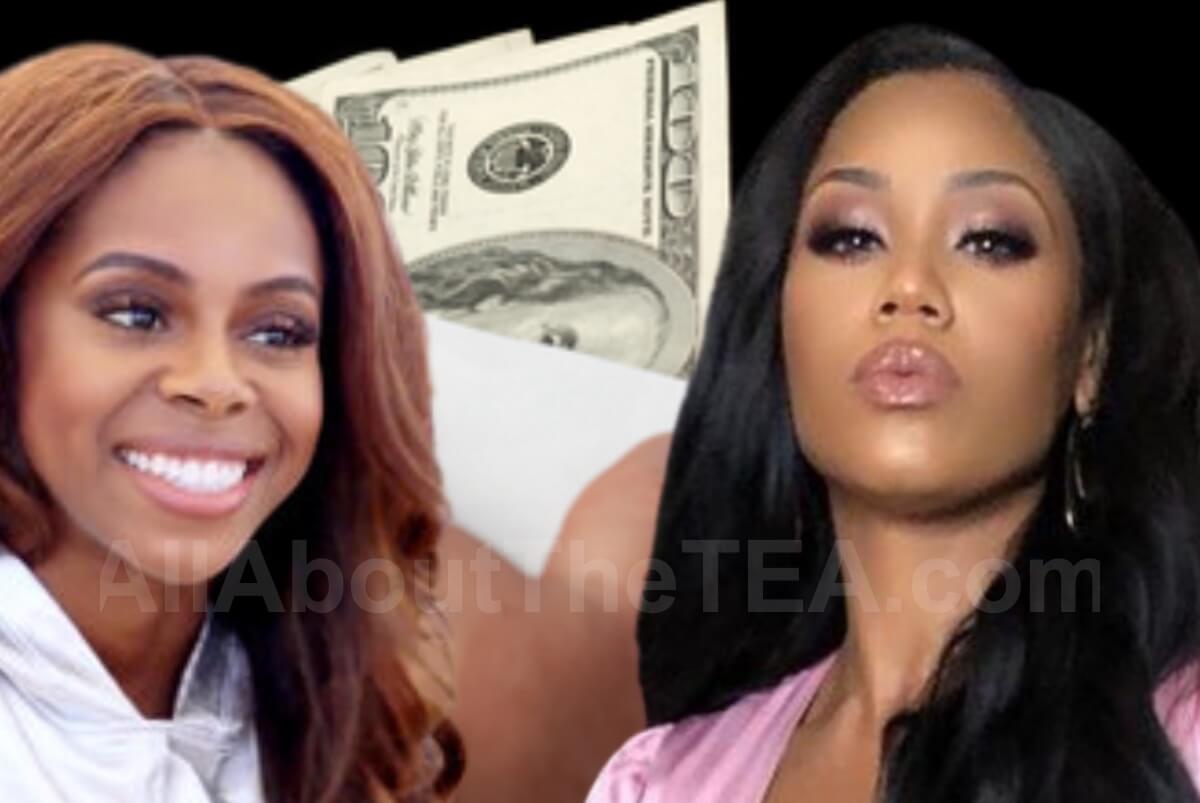 Monique Samuels leaked a legal letter from Candiace Dillard Bassett’s attorney on Twitter as Sunday’s episode of the Real Housewives of Potomac aired.

Candiace was featured on her way to a meeting with a prosecutor in response to the physical altercation with her co-star, and Monique countered with a real-time screenshot of a letter sent by Candiace’s attorney, James Walker Jr.

“After I had the meeting with my pastor, I received this email,” Monique tweeted on October 18. “My attorney advised that I only speak to Candice with him present. We asked several times for a mediation sit down and she and her attorney REFUSED. She didn’t want to hear an apology! She wanted money.”

Monique highlighted that Candiace threatened a lawsuit in the letter, in addition to a filed complaint.

Monique’s tweet appeared to address a comment Candiace made in a recent interview, pointing out that she hadn’t heard from Monique since the winery beatdown.

Monique didn’t stop there—letting fans in on how events unfolded after the explosive altercation.

“When my attorney said no we’re not paying her anything because this was not an ‘attack’ or an ‘assault’ but a ‘mutually consented’ altercation (a warning to back up was given followed by her egging on by saying ‘what you gon do? You gon drag me?’), her attorney’s response was… ‘Well we’re going to sue Monique for MILLIONS and bravo will capture it all!’” Monique alleged. “Then they filed the complaint. Then I countered. Then the state threw the charges out. The End.”