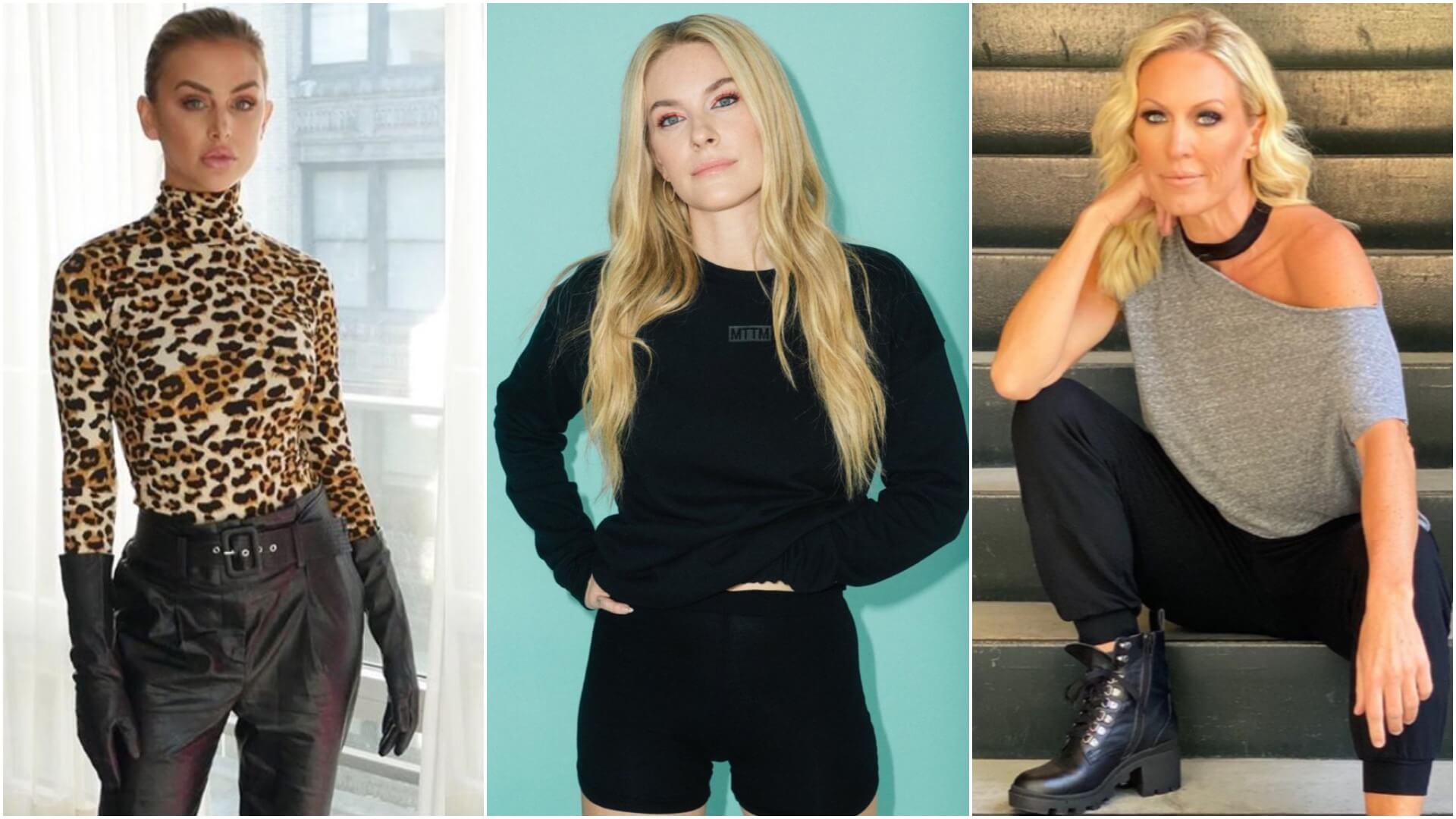 Three Bravo stars are opening up about the battles for sobriety.

Braunwyn Windham-Burke, Leah McSweeney, and Lala Kent spoke to Glamour about their decisions to quit drinking in an article published on Wednesday—the same day as Braunwyn came out as an alcoholic on the Real Housewives of Orange County premiere.

“If you look at the footage of the premiere, you can see my hands shaking because I knew if I said, ‘I’m an alcoholic,” I couldn’t take it back,’” Braunwyn, 42, told the mag.

“When I first got sober, I was scared I wouldn’t be fun anymore, that my life was going to be boring,” she added. “I really thought alcohol made life enjoyable, and that’s sad. Now, nine months later, I realize that’s not at all true. Honestly, I dance even more now because I can stay awake. I sometimes used to pass out at, like, 7 p.m. because I had been drinking all day. So yeah, I actually have way more fun now.”

The reality star confessed during Wednesday’s episode that she began drinking at 14, and “never had a healthy relationship with alcohol.”

“When I drank, I drank until I blacked out or got sick. But I never drank when I was pregnant or nursing—and in many ways, I think that probably saved my life. I went to a meeting when I lived in Miami, but instead of sticking to a program, I just got pregnant. I have seven kids, so that’s a huge chunk of my life that I was sober—or I should say, not drinking. Now I realize there’s a difference between not drinking and being sober, for me.” 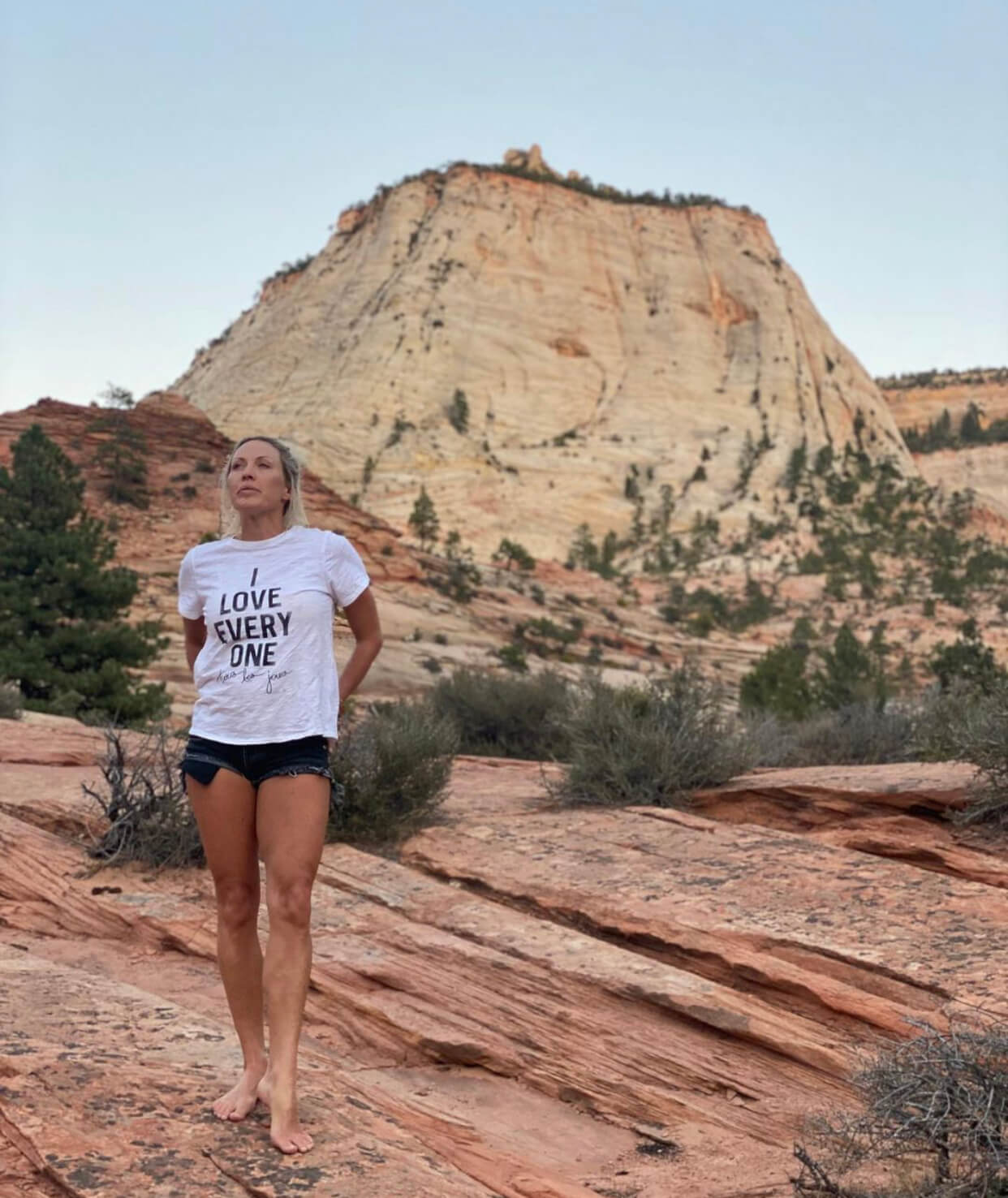 Braunwyn shared that she abstained from alcohol for seven years, but that  her sobriety went out the window when she began filming RHOC, last year.

“When I would watch the show, there were some scenes I had no recollection of, like my weaning party,” she said.

“Becca [a Bravo public relations executive] had to babysit [her] at BravoCon last year, taking tequila out of [her] hands. That wasn’t fair,” Braunwyn shared. “I was putting the crew that I worked with and my family in really uncomfortable positions, and it got unmanageable quickly.”

Braunwyn realized that she was spinning out of control while in Miami with her co-star, Kelly Dodd, celebrating her now husband, Rick Leventhal’s birthday.

The mom of seven shared that she contacted Below Deck Mediterranean star, Captain Sandy Yawn, and asked for advice.

“I knew Captain Sandy was sober for, like, 30 years, so I called Leah [her girlfriend] and asked if I could speak with Captain Sandy,” she said. “We talked for an hour, during which time I told her what I was dealing with and asked if I could do this [sobriety journey] on film. She said, ‘Absolutely, but you need to own it on the show. You need to be accountable, otherwise you’re going to drink again.’ Before I could change my mind, I called my producer and said, ‘This is the truth: I’m an alcoholic. I have been for many years, and I need to get sober. Let’s tell this story.’ Five days later, we started filming.”

“I don’t think I fully realized the journey I was about to embark on,” she continued. “There’s a scene this season, when I was 30 days sober and spiraling. I hadn’t gone to an AA meeting yet—I was still trying to do it on my own—and I was not okay. I stormed out, threw my microphone off, and said, basically, ‘F–k off. Get out of my house.’”

The producer refused to leave, which forced Braunwyn to rethink her next move.

“I was planning on going out and drinking, but I realized that if I did, then I was going to have to do it in front of all these people I care about,” she said. “Instead I went to what ended up being my first AA meeting.”

The reality star said that she now loves being involved with AA, and is “very proud of those chips” she’s earned.

Real Housewives of New York star, Leah McSweeney, 38, told Glamour that she began going to clubs when she was 13, and didn’t want to stop after she had her daughter, Kiki, at 25. Leah explained that her partying lifestyle led to the breakup from Kiki’s dad, Rob.

“Once we split up and I had half the time to myself, I spiraled out,” she said. “I was drinking to the point of blacking out all the time, and there was no controlling it. I was trying to. That’s the scary part, when you’re like, ‘I’m only going to have a glass of wine tonight. I’m going to just wear my Uggs out because I’m not going anywhere.’ And then you end up at [New York City club] The Box until five in the morning.”

Leah quit drinking in November 2009, but started up again six months ahead of filming her rookie RHONY season.

“I started drinking again six months before filming,” she said. “At one point, before we started the show, I thought, I should probably stop again because the last thing I need to be doing is getting drunk on TV. But I wasn’t ready to stop yet.”

“Watching the show was really interesting because I didn’t realize how much I carry around the teenage Leah with me,” she said of viewing herself drunk. “There were times when I was acting out, and I thought, Oh, my God, Leah! You’re an adult now—you have a child, you’re a mom, you’re a businesswoman. But I have imposter syndrome and tell myself, No, you’re just a fucking delinquent, and this is just all happened by accident; you’re lucky you have it because it’s just going to be taken away from you one day. That’s alcoholic thinking, so I’m working on that now.” 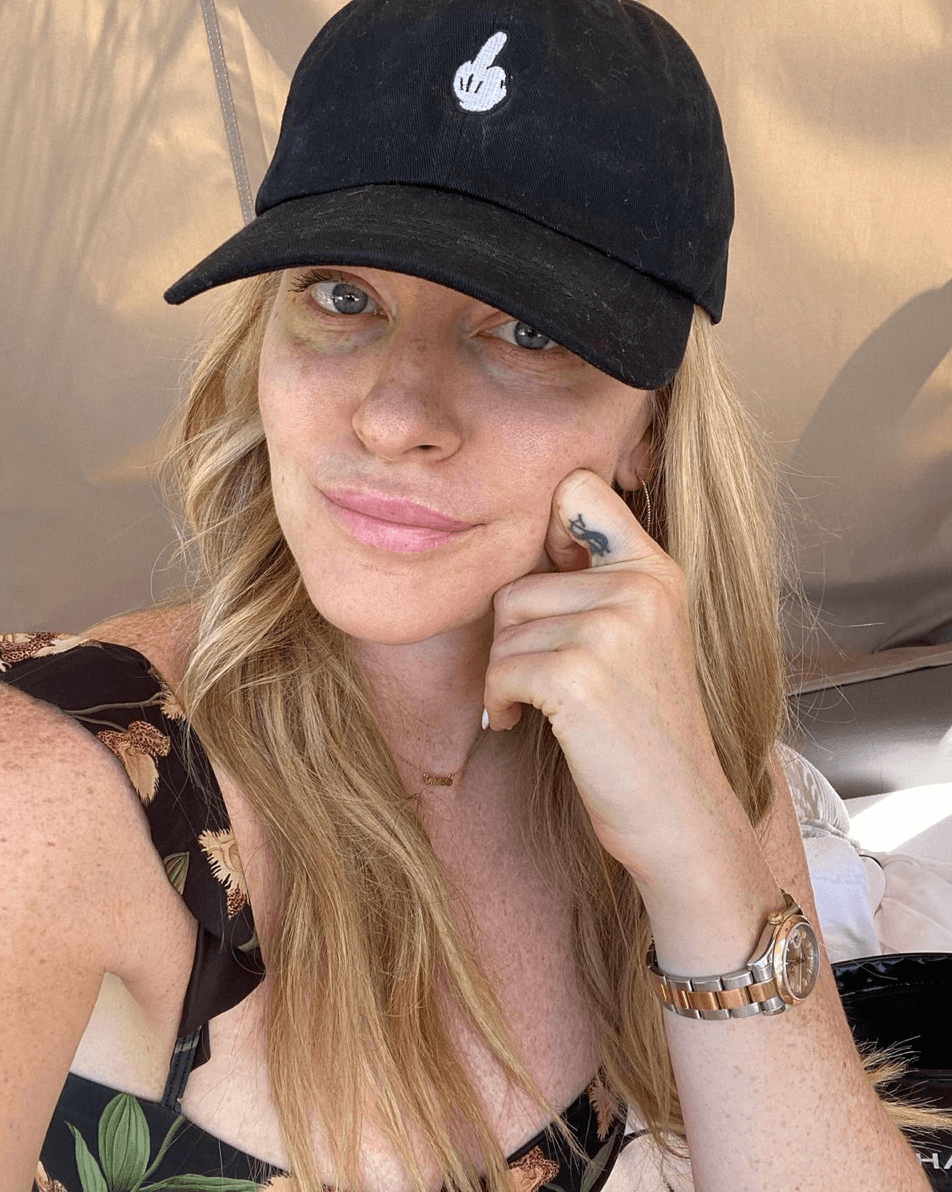 She clarified that she didn’t regret boozing on the show, despite the negative fan feedback. Leah admitted that she currently “missed wine” but was working to stay sober. Leah revealed a three-month sobriety milestone in June, posting a photo with her chip.

“Look, I’m sure it helps knowing that the stakes are high,” she said of her decision. “I’m a public figure now. That’s bizarre! I can’t get blackout drunk and act a fool without getting written up in Page Six. That’s not what I want my legacy to be at all. I don’t want to have a disaster story that ends in an explosive car crash. I want my life to be a great story. Some of that’s out of my control, but some of it is, like not drinking.”

Lala, 30, opened up her sobriety journey, celebrating her two year milestone in April.

“I had tried to stop drinking many times. Once I finally came to the conclusion that I can’t do this by myself, and that alcohol is more powerful than me, I knew I needed to go to AA. When I arrived I found a group of people who came from similar backgrounds as me, and I realized that alcoholism and addiction do not discriminate,” she shared. “For me, it’s important to talk about AA saving my life because I was one of those people who looked at the meetings and thought, ‘That looks like torture. ‘Once I went and was willing to put in the work, I benefitted extremely from the program.”

“My generation doesn’t know how to have a good time unless they’re tripping on something,” she explained. “We’re living on Instagram. Nothing made me want to drink more than when I was looking at Instagram Stories, feeling like I had to keep up, or watching television where all these people were, like, drunk on yachts. That kind of life is a high you can’t reach, and it’s not real, but it adds to anxiety and depression. And what do people turn to when they’re stressed and having anxiety and depression? They turn to substances.” 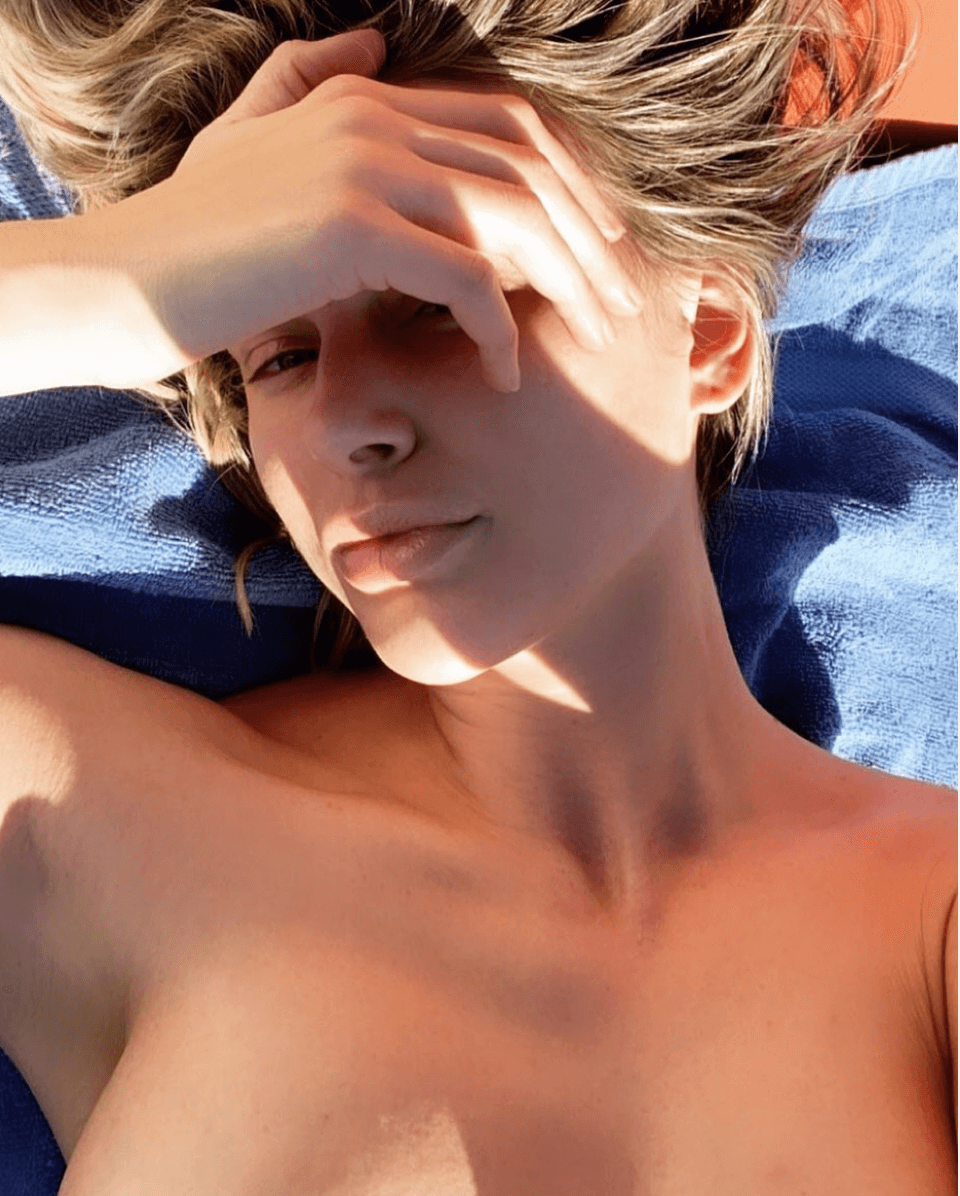 Lala noted that “a lot of the people on our network are drinking heavily” which helped along her drinking problem. She revealed that depression triggered by father’s death sparked her decision to seek help.

“I’m not saying I don’t battle anxiety and depression still, but I have a clear frame of mind,” she said. “There are many days where I think, Do I want to do this forever? When I turn 60, can I have a glass of wine? That’s when I call my sponsor, who is on speed dial, and I go through my phone and look at images of myself when I was drinking. My eyes are glazed over. These are photos where I thought I looked awesome and sexy and posted them, or I look at videos and see that this person is gone. She’s vacant. It’s enough to make me never want to drink again.”

The Real Housewives of New York and Vanderpump Rules are on hiatus.