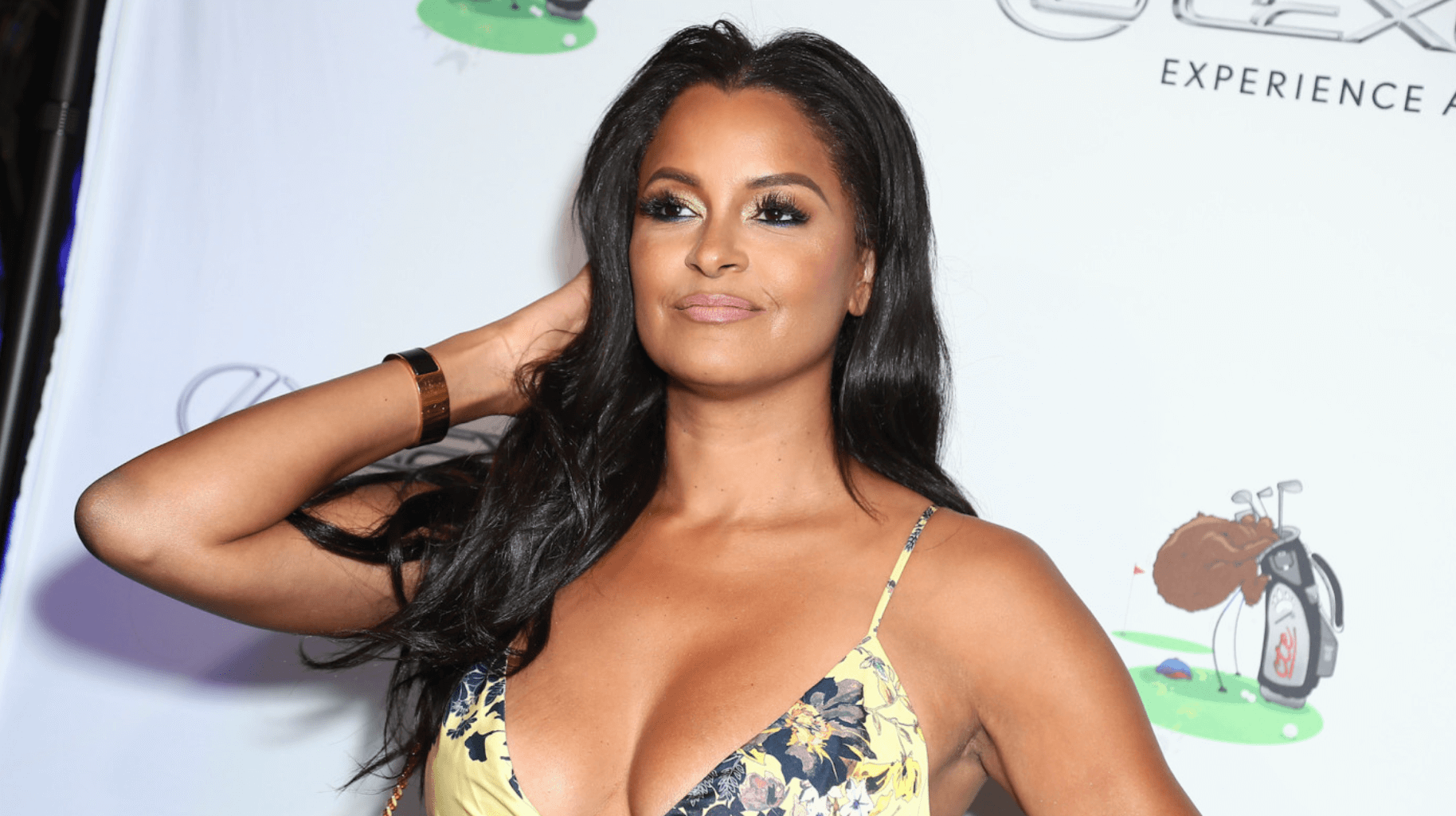 Former Real Housewives of Atlanta star, Claudia Jordan, gave fans an earful when she spilled unexpected tea on Donald Trump. Earlier this week, the former model and Miss USA contestant appeared on the podcast, Behind the Velvet Rope with David Yontef, and dished on the days she worked on Celebrity Apprentice. From being racist to cheating on Melania, Claudia gave a no-holds-barred account of the drama she experienced working with Trump.

Before her stint on RHOA, Claudia was one of the “Deal or No Deal” girls. It was on the game show that she met Trump and was approached to do his reality show. A year later, Claudia appeared on season 8 of Celebrity Apprentice 2, alongside Khloé Kardashian, Brian McKnight, and Dennis Rodman. She was fired in task four. Years later, Claudia was invited back for Celebrity Apprentice All-Stars — this time with the likes of RHOBH star Lisa Rinna, Omarosa, and LaToya Jackson.

In the interview, Claudia gave explicit details on what it was like working with the Trump family, behind the scenes drama with Donald Trump, and numerous inappropriate interactions Claudia had with #45. 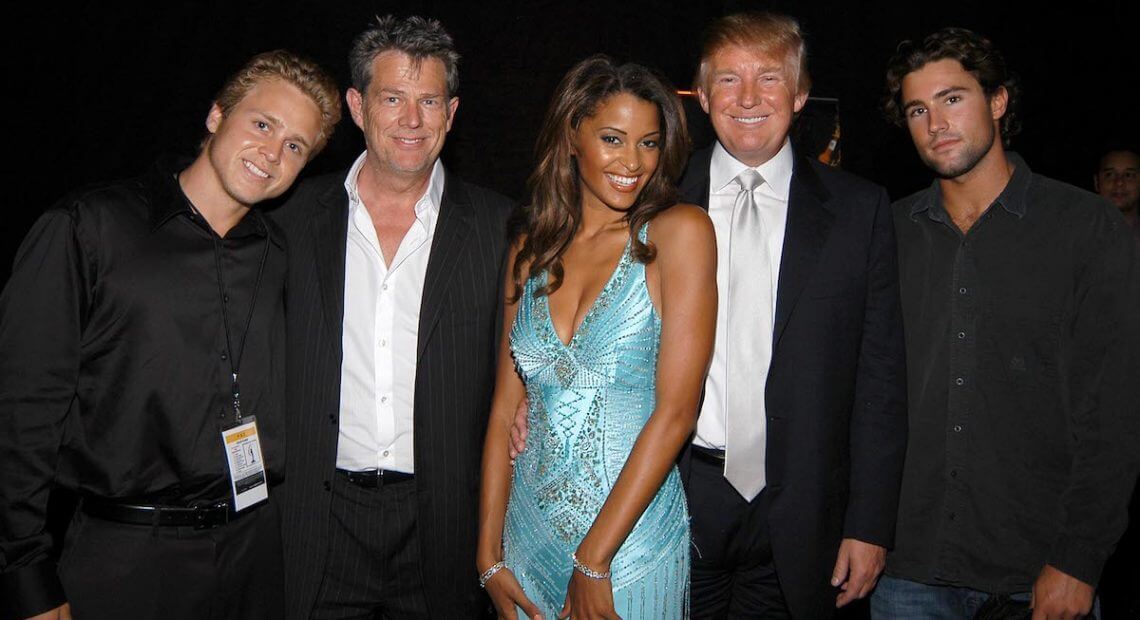 “Like he called me a few times and … he would tell me that I shouldn’t waste my time with black men, dating them — which I was, at the time, dating an Olympic athlete, black man, and who is the best in the world. And I was like, ‘Wait, why would you say that to me?’ And he said, ‘Cause they don’t have money.’ And I was like, ‘Hmm, okay. So just throw away the whole race because they don’t have the money to you.’ So I told him, I said… ‘That’s not a cool thing.'”

The Out Loud with Claudia Jordan host said that Trump tried to kiss her more than once.

“Oh, before I got ‘Apprentice,’ we were just like the year or the year leading up to the show. He was trying it a little bit, you know, he would kind of do it… He tried to kiss me one time, twice. And I had to remind him that he was married. That was like, ‘You are not putting that tongue in my mouth. This is not going to happen. Absolutely not.'”

Claudia then said that Trump coming on to her, despite the fact he’s married to Melania, was no surprise. “Yeah. I mean, everyone knows he cheats on her,” she said. “And so does she, that’s why her bracelets and diamonds are so big.” Claudia continued:

“I know he did like me as a person. I know he floated and he did try to kiss me twice, but I wasn’t gonna go along with that. And you know, he tried me a couple times, but I was still able to, like I said, curve, which a lot of women, we shouldn’t have to have the skill, but a lot of us do have that skill.”

However, Claudia didn’t label the incident as sexual assault. 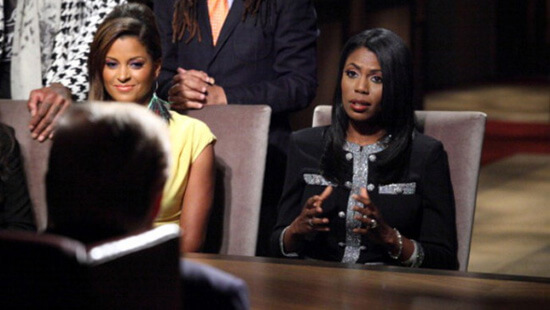 “We have to navigate where, okay, it wasn’t sexual assault, I’m not going to say that, but you are trying it and you are a married man. And let me remind you, you are married to Melania and I’m not her… So you can put your little orange lips on your wife and we can do business but you are gonna be over there.”

Claudia also dished on how Donald Trump treated his daughter, Tiffany Trump, at the time:

“I think Tiffany is the most neglected of all the daughters… I kind of feel like he doesn’t give her as much attention. Now, a little bit more, but I feel like at the time she wasn’t getting that and I really thought she was a sweetheart and [ex-wife] Marla is very sweet.

She also mentioned which one of Trump‘s kids was his favorite and which ones were not:

“He favors Ivanka over his own wife… I like the way he loves Ivanka. He loves Ivanka. I think he’s okay with Trump Jr. And Eric is just like, whatever. The afterthought, but he’s the ugliest.”

Out Loud with Claudia Jordan airs daily at 9 pm, ET, on FOX SOUL.