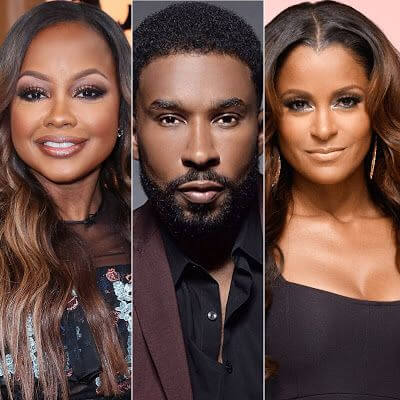 Medina Islam has responded to The Real Housewives of Atlanta alum, Claudia Jordan’s abuse allegations, after the former reality star accused her ex of injuring her during their relationship.

Claudia Jordan spoke out during a recent episode of “Cocktails and Queens” alleging that Islam had slammed her into a bathroom toilet, cracking the fixture.

Medina Islam responded on Tuesday, via a lengthy Instagram post. He added  supposed “receipts” to back his defense.

Medina Islam’s post reads, “I am a lot of things, but one thing I am not is some WWF wrestler body slamming women across toilets. This is Pathetic, Trifling & Desperate.

He continued, “4yrs ago, I dated Claudia Jordan. It lasted 6months….6months y’all. I got socks and draws older than that. I left her 4 times in 6months because of her mouth and messy ways. On August 28, 2016 I had enough and left for good. She began having a temper tantrum as I left peacefully she grabbed my phone ran and started flopping all over the house. For 4 years i remained silent, out of respect for you and to save you your last ounce of dignity. But you have proven to be deeply conflicted and desperately seeking a storyline for blogs. Funny thing is for someone so “top notch” why are you so obsessed with little ol’ me. I have only known u for 6 months of my life!”

“U have a history of this and I had enough so I bounced. This is a joke! U do this to every man that leaves you.You testified against Mike Tyson to have him locked up for rape back in the day. You sued Price is Right for sexual allegations. You snitched on Jaimie Foxx’s private relationship with Katie Homes and had Entertainment Tonight come to your house so u can publicly apologize. I even tried to help u with your career and filmed a comeback episode for you on Housewives of Atlanta with Cynthia Bailey that never aired because I left you.” Medina Islam.

“Why can’t you move on with your life? One thing I don’t care about is fame. But apparently you do! Could it be that 4yrs ago u were trying to use me to get on Marriage BootCamp and you were rejected? Could it be that you were calling TMZ on yo’ self to stage every paparazzi encounter we ever had?” He continued. 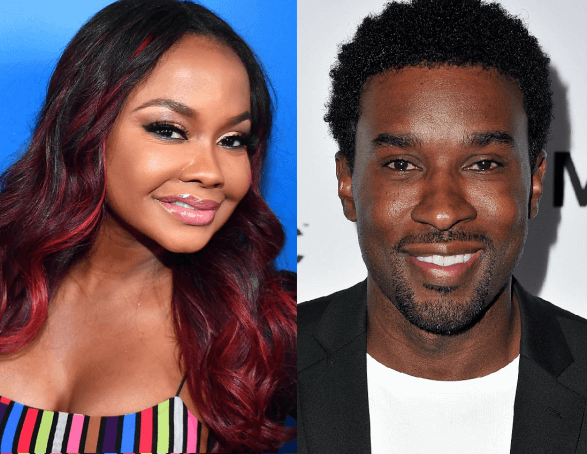 Medina Islam concluded his post with, “September 10, 2016. You sent some fake carefully cropped bruises and it backfired when I responded i told u to go file a police report and have me arrested then. U did not! Because it is NOT true! I have no criminal history whatsoever. I haven’t seen or spoken to you in 4 years & now WHEN IM ON A TV SHOW all of sudden your a domestic abuse victim?”

Claudia Jordan wrote in the email, “Medina you hurt me…inside and out with no remorse [heart break emoji] Is that what “love” and cherishing does? My love for you was real.”

“Claudia, how did this happen to u? I hope and pray u r not implying that I put my hands on u because I have not EVER and never would!”

Islam responded with a longer reply, later that day.

“Be careful when u try to dig a grave for someone. U just might be diggin’ ur own. In ur own words u stated u were mad I didn’t contact u after incident at ur premises on August 28 when I clearly said “it’s over.” Why would any so called victim want their attacker to ever contact them again after they’ve been allegedly abused??? And why would the victim drive over to attackers house a week later, drop off folded clothes, walk in house have a conversation with attackers best friend and then leave? U got to be kidding me Claudia! Why would I abuse the one that I LOVED!? God bless whoever believes you. I cared about u and loved u and u gon try and pull some Thin Line Between Love & Hate on Me. Are u trying to create another storyline for your career to elicit sympathy for fear of having to explain why Claudia Jordan is single again??”

Medina Islam explained that he tried to split with Claudia Jordan four times during the six month relationship. He alleged that he finally made the break after she went through his things.

He details what he remembers of the altercation.

“I simply said it was over because u went thru my things and I said that was a dealbreaker. U became erratic and had a temper tantrumas I was peacefully attempting to walk out the door with my belongings. U yelled don’t leave we need to talk about this! I said No. Then U took my bag out my hand, while I was at the door and made a mad dash upstairs. U ran to the stairs with my bag and interlocked ur hands on the stair rail as I grabbed my bag from u. Then YOU put your hands on me and proceeded to take my cell phone from me and ran upstairs into the bathroom, shut the door and buried urself on the ground…I came in the bathroom and attempted to grab my phone out of ur hand and u bit me! As u resisted giving my phone to me u pushed me back and toilet cracked and water began to flood.”

Claudia Jordan quickly responded with another post that contained photos of her alleged injuries, a broken toilet and much more. Swipe right to see all of Claudia’s alleged receipts.

Claudia’s caption read, “Real receipts. Not fake ones.” And the following numbered list.

“1) back trauma
2) cracked toilet that had to be replaced
3) convo with building manager about the time he broke in and I advised them NOT to give him access or a key after he broke in Thru my window and damaged the screen.
4) his ID and proof of his real age (7 years older that he says) that lead to our fight because he was mad he got caught in a lie. That’s when it all hit the fan. If you lie to your Girlfriend YOU LIVE with about something like your age-what else is a lie? Who are you?
5, 6,7) He said he’s never been an abuser yet here is a restraining order filed against him for hitting a woman in Atlanta in the face with a book in 2003. (There’s more violence much more recent- but I’ll let her tell it.)
8) recording when he called me trying to get be back (he did this all the way til November and basically the week before he got his BM pregnant- begging to reconcile and even begged me to go to therapy) where we have a disturbingly casual conversation about me losing weight cause of stress and that I’m hurt physically and emotionally and he doesn’t deny My pain. And I say that “I’m a trooper. “ I actually feel ill at how far gone and weak I was. Not in a good place! But that’s typical of an abuse victim. We rationalize.
9) Today he posts my bruise pics I sent him after his email acting like he had no idea what he did to me.
10) an email with BOTH our responses (not just HIS weird gaslighting responses to me) where I tell him he’s lying and he and quote him when he said “would you rather me abandon you or RAY RICE you?” What non violent man says that?
Ok I’m done proving MY TRUTH. But sometimes you gotta stand up for yourself no matter how many years have passed and you have NO CHOICE but to fight fire with fire. So there it is! This is my one and only day addressing this and I’m done! #MedinaDidIt  #Liar #narcissist”

In another post, Claudia continued to tell her side of the incident.

The controversy is a she-said/he-said scenario, and internet chatter points to support for both Claudia Jordan and Medina Islam.