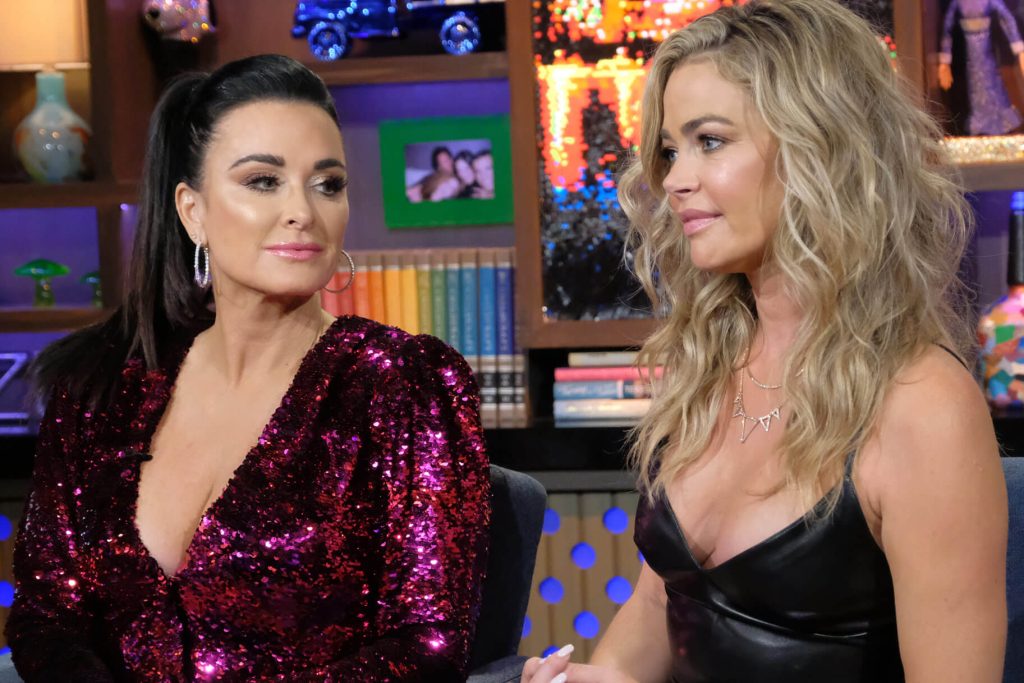 Kyle Richards is being dragged by Real Housewives of Beverly Hills fans, who believe that she orchestrated Brandi Glanville’s surprise appearance at Dorit Kemsley  housewarming party.

Kyle Richards acted clueless about her sister, Kim Richards, bringing Brandi as her plus-one to the event featured on the finale episode, but skeptical fans let Kyle have it for seemingly plotting an ambush against Denise Richards. Viewers know that Denise Richards dodged the event, hoping to avoid a potential “Jerry Springer” encounter.

The ladies were shocked when Brandi Glanville appeared on the scene, but Dorit Kemsley immediately pointed her finger at Kyle Richards.

Garcelle Beauvais spotted Brandi Glanville across the room after being stood up by Denise, who bailed on the event due to a faux “family emergency.”

“Is that Brandi?” Garcelle asked the group.

“Brandi and Kim are here,” Rinna said, while Dorit screamed an accusatory “Kyle!”

“Don’t look at me,” Kyle laughed, adding, “She’s not going to do anything.”

Fans didn’t buy Kyle Richards’ innocent act — and slammed her on Twitter as the episode aired. 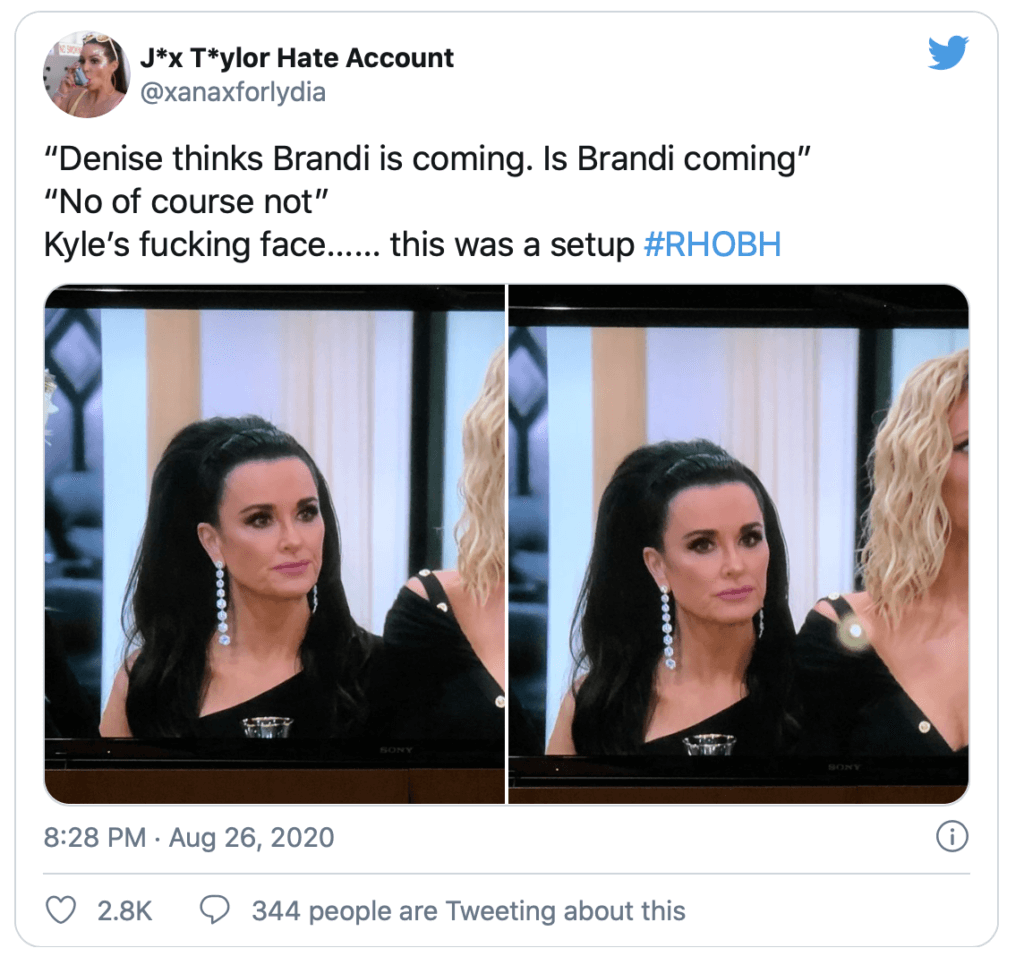 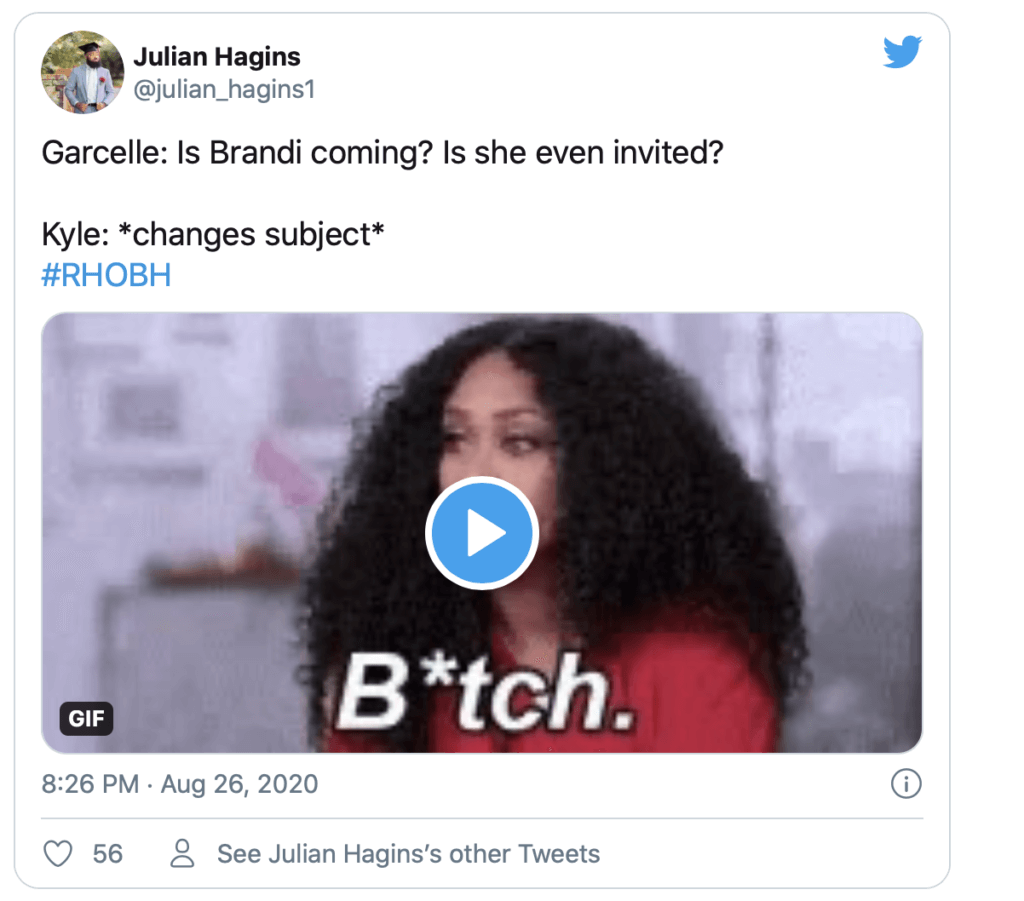 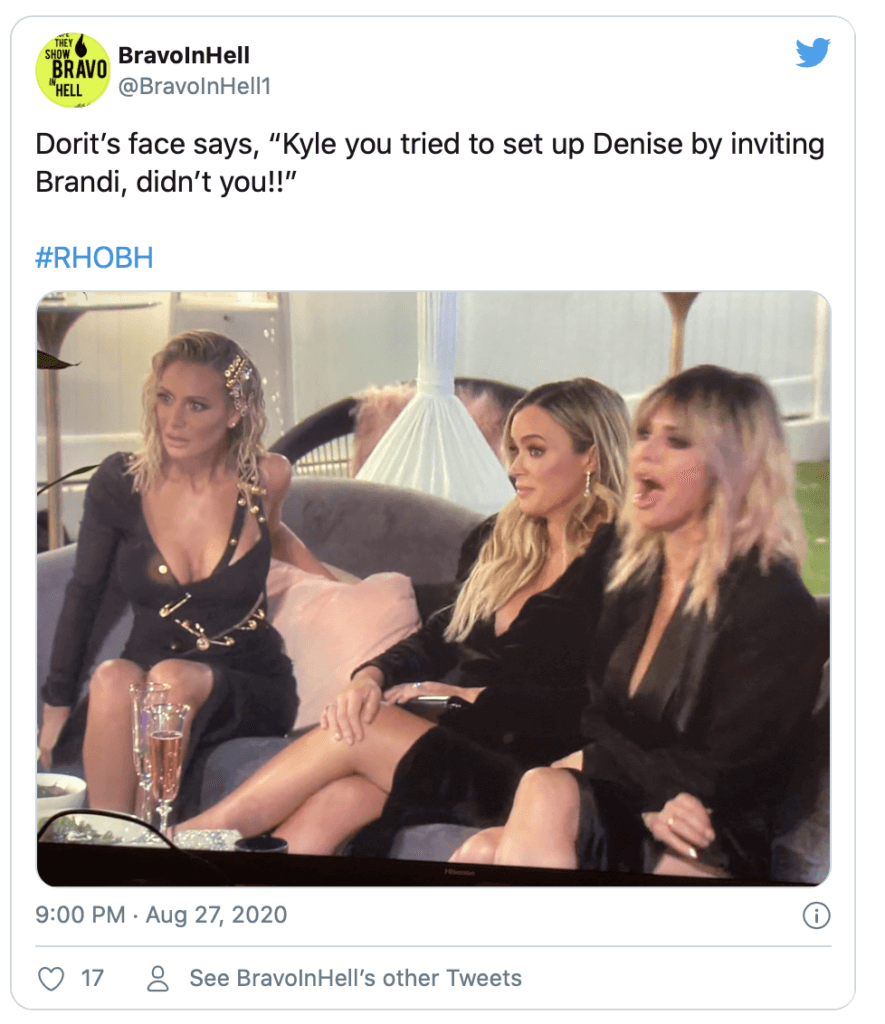