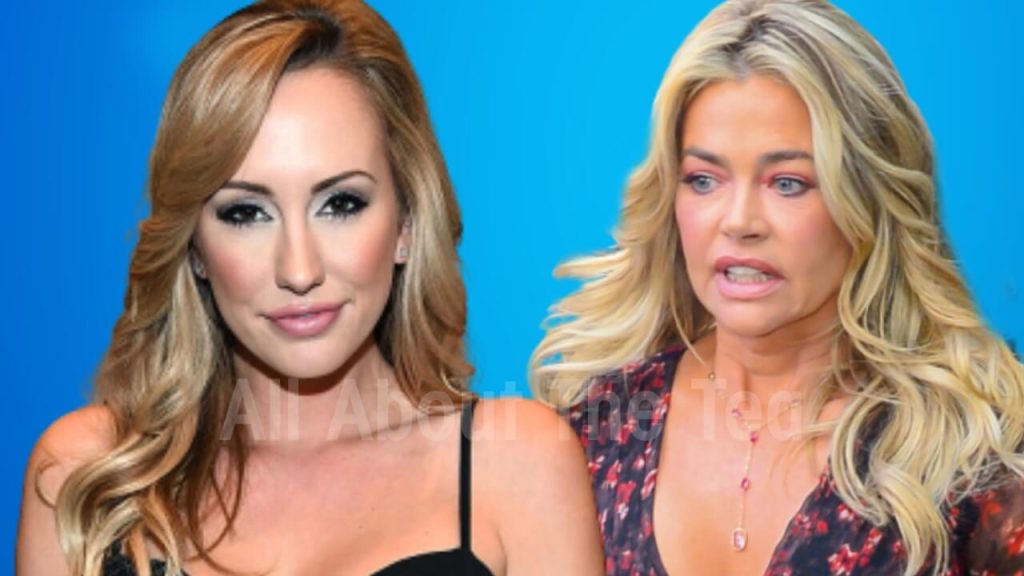 Brett Rossi has taken Brandi’s side, and is claiming that photo evidence exists exposing Denise Richards “sleeping with another woman.” Rossi, who was once engaged to Charlie Sheen, addressed the controversy in an interview with Celeb Magazine — dishing the deets on what she knows about Denise’s sexual history.

Brett Rossi said that she “absolutely” believes that Brandi Glanville and Denise Richards hooked up, before dropping the bomb.

“I know this because I’ve seen photos of Denise sleeping with another woman, so I know [she] likes women as well as men,” Brett Rossi told the outlet.

Brett Rossi believes that perhaps Denise is trying to maintain an image, by denying the alleged fling.

“I feel like maybe Denise feels like being bisexual or having some sort of open relationship would tarnish her ‘good girl/saint’ image she’s worked all these years to create,” Rossi commented.

“I don’t even know Brandi. I don’t even watch their show, but I saw the tabloids and I felt sad that she was getting eaten alive by them because for some reason the tabloids always play Denise’s side as if she’s some saint.”

“I totally believe her story. I truly do. I think she really must have loved Denise and Denise showed her true colors,” Rossi added.

Brandi Glanville took note of the article — posting a swipe-up on her Instagram account linking the interview. “You asked for more PROOF I DIDN’T LIE?” she wrote.

Many Real Housewives of Beverly Hills fans have stood by Denise Richards and have slammed Brandi Glanville as a liar, after the ladies exposed the alleged affair during a cast trip to Rome. The trip went sideways after Kyle Richards and Teddi Mellencamp confronted Denise with Brandi’s claim, dividing the cast.