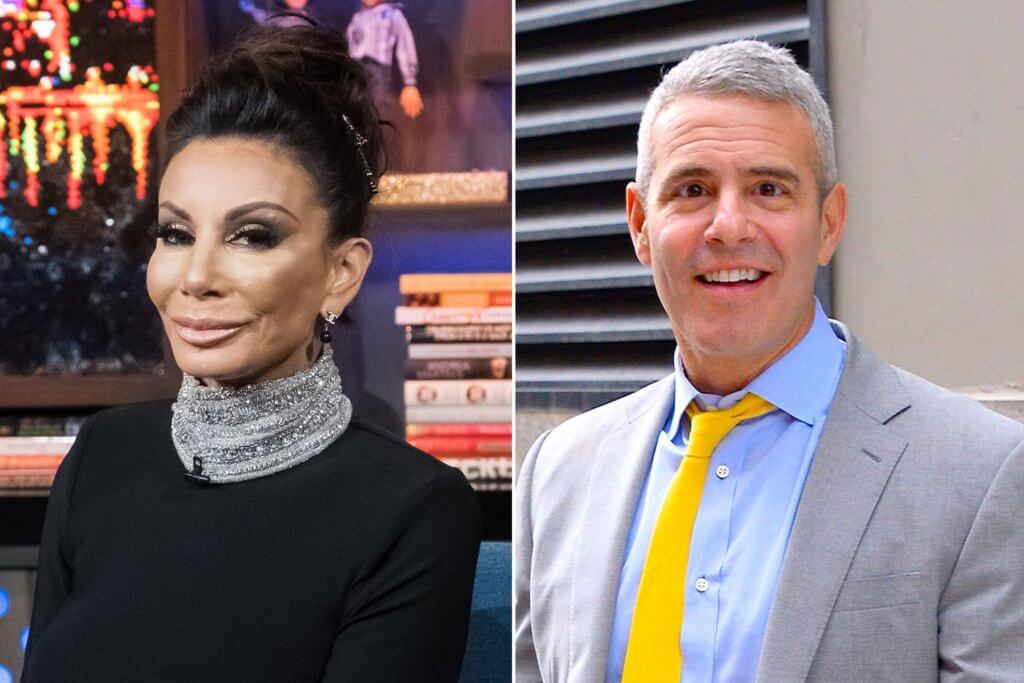 Danielle Staub spilled the tea during an episode of her new podcast, Absolutely Danielle.

“I am no longer forced to walk into the Lions Den! Andy kept me In the dark long enough! He has taken whats mine and given it to others! Now that you are a parent I’d hoped you would see some of the pain you caused my family, even when I left the show to protect my young children, you mocked me repeatedly defaming me and yet I still continued to give you over a decade to do right by me and mine! Now it’s time you understand that ‘for every action there is a reaction,’” Danielle posted on her Instagram while promoting her podcast, Absolutely Danielle.

RELATED: GET OUT… ‘RHONJ’ Star Danielle Staub Evicted From Marty Caffrey’s House After Telling Judge She Would Be Homeless!

“Is Andy ready for his son to know who he is? Because the Andy I know would hit up Grindr and go on three or four Grindr dates an evening….And these are people who are pretty reputable sources, I just don’t, I don’t even want to talk about the drugs and the partying, not now anyway, but we can get back to that. I can accuse him all I want and I’m not talking about marijuana. I’m not talking about legalizing.”

On Instagram, Danielle Staub continued, “You must’ve seen this coming and YOU know you were wrong, yet you continued. So for all the times you held me down and picked me apart instead of building me up and standing with me, for all the times you made me stand alone ‘kept me in the dark’, may you tread lightly in your own darkness. ‘For letting me be the last to know’ may you learn to do better. May you and yours never experience the pain you’ve caused my children and I. Take it or leave it, but my advise is You should lead by example bc many have put you on a pedestal they watch you and wait for you to lead, where they may follow . And follow they have they Follow your lead and mirror your behavior. I should know because the way you’ve treated me is duplicated and reflected by your fans.”

She added, “I’ve been waiting for you to revere me, I’ve even gone as far as to ask you to be kinder and more gentle with me but it fell on deaf ears. No more waiting or asking, i have no hate no more respect I don’t honor you and I won’t defend you. But I will advise: ‘ be careful who’s toes you step on today because they may be attached to the ass you have to kiss tomorrow.’”

Wow Danielle isn’t holding back with Andy ? VERY curious to see his response to this #RHONJ pic.twitter.com/4UavATSVbj

Danielle Staub is not the first to accuse Andy Cohen of bad treatment and hardcore drug use.

As exclusively reported, Danielle Staub had a full-blown courtroom meltdown after a judge evicted her from the home she shared with ex-husband Marty Caffrey back in June.