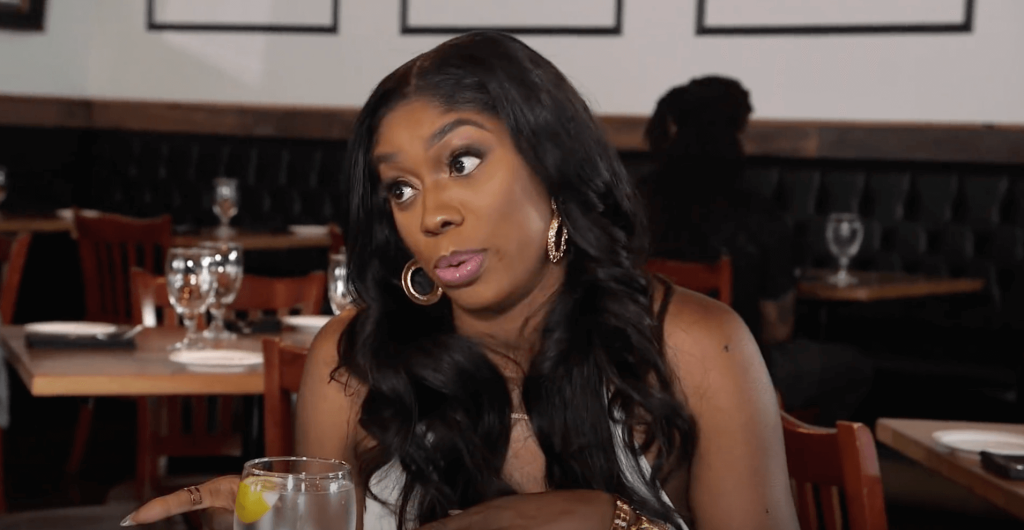 The Real Housewives of Potomac newcomer, Wendy Osefo says her mother warned her to never treat her like Candiace Dillard treats her mother and the doctor claims Candiace is not “messy.”

In an interview with Entertainment Tonight, Wendy Osefo, 36, claims she did not watch The Real Housewives of Potomac prior to joining the Bravo reality series.

“I watched Potomac once I was cast on the show! So, OK, what happened? Let me get up to speed! Who are these people?” Wendy Osefo told the outlet, “When I don’t get things, my mom (Susan) is always like, ‘Well, let me tell you the backstory of how we got here…’ “I’m like, ‘OK, Mom. What happened?’ She’s my Cliff’s Notes.”

Wendy Osefo says her mother is “so opinionated,” and made it clear that the way Candiace Dillard treats her mother would not be tolerated in their relationship. As fans know, Candiace and her mother have a contentious relationship and fight constantly.

“Listen, you know, I like Candiace. Don’t treat me how she treats her mama.” In response, Wendy said, “OK, Mom!”

Wendy Osefo was brought on the Real Housewives of Potomac as a friend of Candiace, and insists her friend is not “messy.”

“I didn’t know Candiace to be [messy] and I don’t know if it’s necessarily trash [talking], I think she just stated her opinion about each of the women.”

Wendy Osefo continued, “She even said that with people who her relationships were not so good with, like someone like Ashley [Darby]. She said, ‘This is how I feel but I want you to meet her and make up your own mind.’”

When Season 5 rolled around, Candiace Dillard, appears to be on the outs with most of her RHOP castmates.

Now Candiace is threatening to walk away from the reality show that made her famous after an on-camera fight with Monique Samuels.

As AllAboutTheTEA.com readers know, the reality stars came to blows while filming a scene at Rocklands Farm Winery in Poolesville Maryland, in October. The fight resulted in both ladies pressing charges against the other. The charges were eventually dismissed. Not surprisingly, the altercation splintered the cast, and the duo continued to exchange shots on social media.

The Real Housewives of Potomac airs on Sunday night at 9 pm, ET, on Bravo.