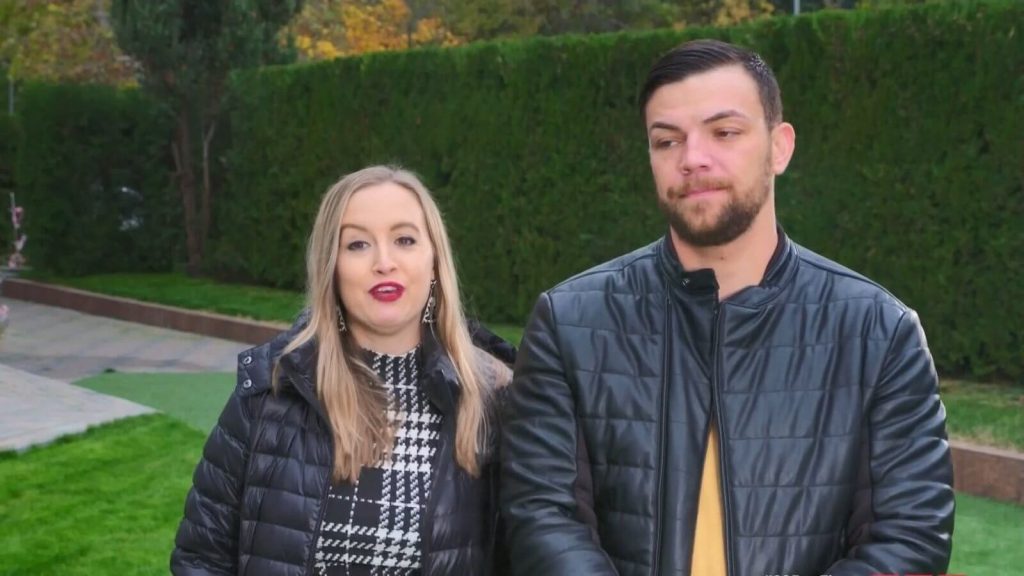 Elizabeth Potthast’s family continues their tirade in Moldova on Sunday’s all-new episode of 90 Day Fiancé: Happily Ever After.

As 90 Day Fiancé: Happily Ever After fans know, Elizabeth Potthast, her husband Andrei Castravet, and her family are all in Moldova to celebrate Elizabeth and Andrei’s second wedding, and the clan is determined to ruin the happy occasion.

“I haven’t eaten in like a day and a half,” Elizabeth’s sister Jenn confesses to the camera. “The food so far is just not what I’m used to. Can a girl get some eggs and bacon around here, and not like, raw bacon?”

RELATED: ’90 Day Fiance’ Elizabeth Potthast’s Father Chuck Accused of Being A Scammer and Slumlord In Lawsuit!

In another scene, Jenn sits at a table full of grapes, bread and other assorted foods most people would be happy to eat.

“I feel like I’m gonna lose weight while I’m here, because this food? Like I can’t eat any of it,” she says, looking at the grapes.

Jenn and Elizabeth’s brother, Charlie, sit around and ponder how Andrei can eat the food in his home country.

“Andrei was over here eating that bread with the pork fat on it like it was nothing,” he said. “Disgusting, dude!”

Jenn then wonders if Moldovans eat pork fat because it’s cheap and “it’s almost like the scraps.”

Press play below to watch a snippet of the unpleasant drama unfold.

90 Day Fiancé: Happily Ever After airs Sundays at 8pm ET, and The Other Way airs Mondays at 9 p.m. on TLC.