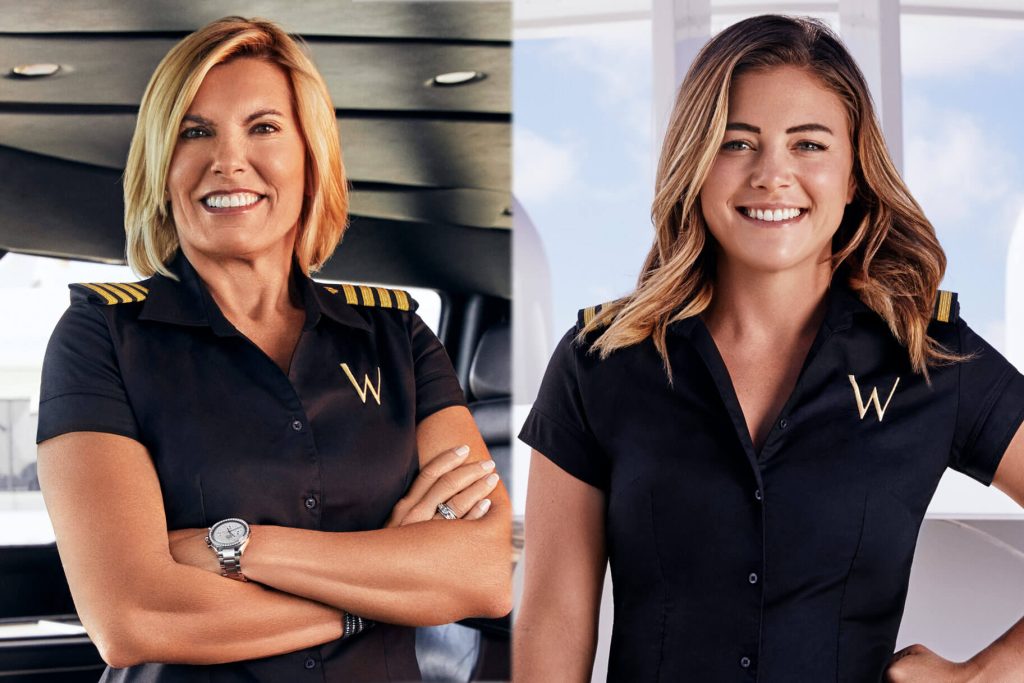 Malia White has implied that she alerted Captain Sandy Yawn that chief stewardess, Hannah Ferrier, was taking prescription drugs under the Below Deck Mediterranean radar.

Next week’s preview reveals Captain Sandy confronting someone, saying, “It’s been brought to my attention that you have drugs on board,” after being informed via a texted photo. The clip does not reveal who Captain Sandy confronted — but the teaser comes on the heels of Hannah suffering an early morning panic attack, with Malia by her side.

Hannah Ferrier woke up in a panic after Chef Kiko announced that he would be leaving the Below Deck Med team. Hannah, who had advised the popular chef on the doomed meal that sealed his fate, took the news hard and suffered an alarming anxiety meltdown in the duo’s cabin.

“I think…it’s a panic attack,” Hannah told Malia, who had come to her aid.  “I need Valium right now,” Hannah said, to which Malia responded, “Isn’t that a prescription?”

Hannah Ferrier said that the episode would “pass in a second” but the show recorded/ added a noise that sounded like a dropping cup, before the pair returned to their bunks.

Malia White took to Instagram on Tuesday, defending herself for reporting Hannah’s panic attack to Captain Sandy, noting— “NO crew member is allowed to self- administer drugs prescription or not while on a vessel at sea.”

The Bosun explained exactly why she took action.

“Let me clear the air- medical laws are different at sea and for good reason. NO crew member is allowed to self- administer drugs prescription or not while on a vessel at sea. We are CREW and always ‘on duty’ and our primary goal at sea is to ensure safety of all passengers. Mental health issues are a big deal and that’s why we have proper procedures in place. We all read & sign a drugs & alcohol policy before joining any boat- this is VERY CLEARLY laid out,” Malia White wrote.

“If any crew member suffers from a mental health condition that they require medication for they must disclose that to the Captain BEFORE signing onto the boat. They then under the supervision of Captain or Officer can be given medication as needed and evaluated to see if they can still stand duty. While at sea the Captain is the medical person in charge- any and all medical decisions MUST go through them. Taking any sedative while on duty is completely illegal and could cost myself, the officers and Captain Sandy all of our licensing. Not to mention possible jail time and fines if an incident occurred & a crew member was found to have been on something without authorization. Reporting any incident especially one we witness is all of our job.”

Malia White reminded her followers that yachting is her career — not just a reality TV gig.

“Yachting is my career- I’m not here to worry about plot twists & TV drama- I’m here to do my job and learn how to become a Captain. Maritime laws are in place for a reason. All of you expressing your hate- think of it in this perspective… if an emergency was to take place in the middle of the night how would you feel if your crew (the people trained to handle the situation & keep you safe) were on drugs? There are terribly sad stories of crew losing their lives or accidents happening due to unsupervised drug use. The severity of it is why it has become Maritime Law. It’s there to protect both crew & passengers. Reporting someone shouldn’t have a negative stigma – it can save lives! ⚓️”

Malia White concluded her post by apologizing for labeling Hannah’s attack a “freak out.”

Fans know that Hannah Ferrier is no longer part of the series, and is currently pregnant with her first child. The chief stewardess claimed that she walked away from the Bravo show, but sources reported at the time that she was actually fired and that production captured the drama.

Below Deck Mediterranean airs on Tuesday nights at 9 pm, ET, on Bravo.