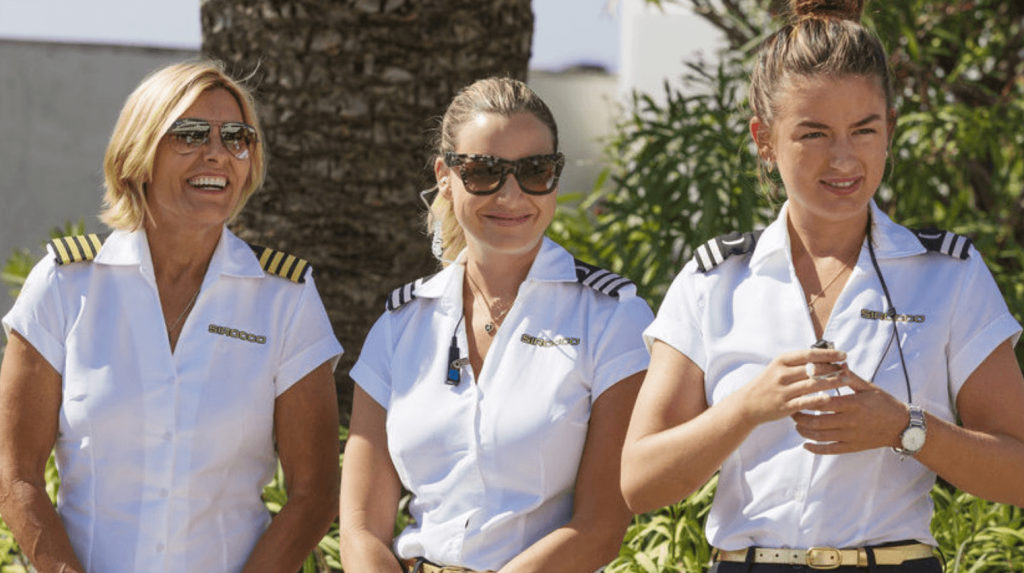 Below Deck Mediterranean encountered rough seas with the exit of Lara Flumiani — and AllAboutTheTea.com can exclusively report that the cast shakeup is not over.

As reported, Hannah Ferrier was axed from the reality yachting series, the exit tea spilling only days before the chief stewardess announced her pregnancy on Instagram. “You are already my favourite adventure,” Hannah Ferrier captioned the blossoming baby bump pic, on June 8. 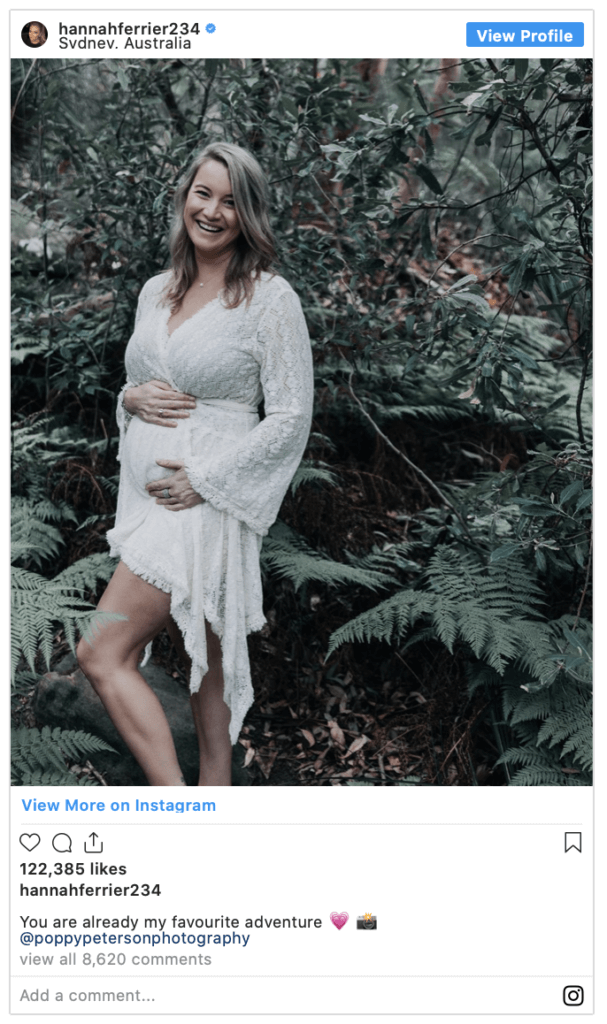 Hannah Ferrier posted a snarky nod to Season 5 last week, giving a shoutout to the kiddies aboard the most recently aired charter. “My favourite charter in 5 season of #belowdeckmed – I would take sticky fingers over arrogant assholes any day,” the former chief stew fired.

As it tuns out, Hannah Ferrier will walk the plank before the season wraps — and Season 4 fan favorite, Aesha Scott, will sail in to save the day. 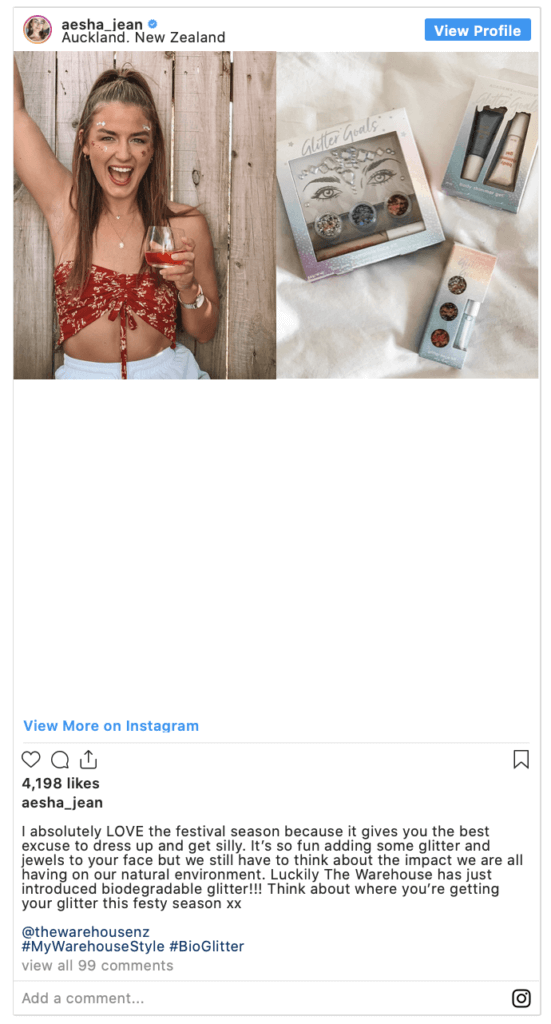 A telling Below Deck Mediterranean cast photo posted by a popular Twitter fan page, @RealityTVBliss dished a sneak peek into the Season 5 shift — the snap revealing Aesha front and center, and Hannah nowhere in sight. AllAboutTheTea.com was told that Bravo ordered that the pic be removed from social media. 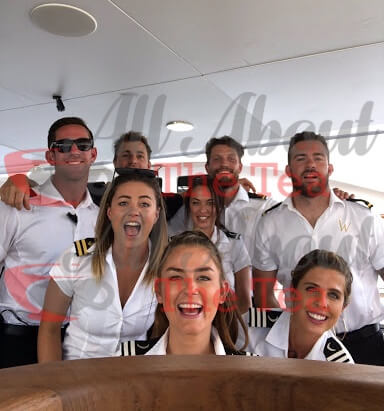 Fans know that “Bugsy” Drake retuned to the Bravo scene after Lara abandoned ship, and the snap suggests that she likely stepped into the chief stew position when Hannah bounced. Bugs’ Instagram profile boasts a “Chief Stewardess” label in her bio. 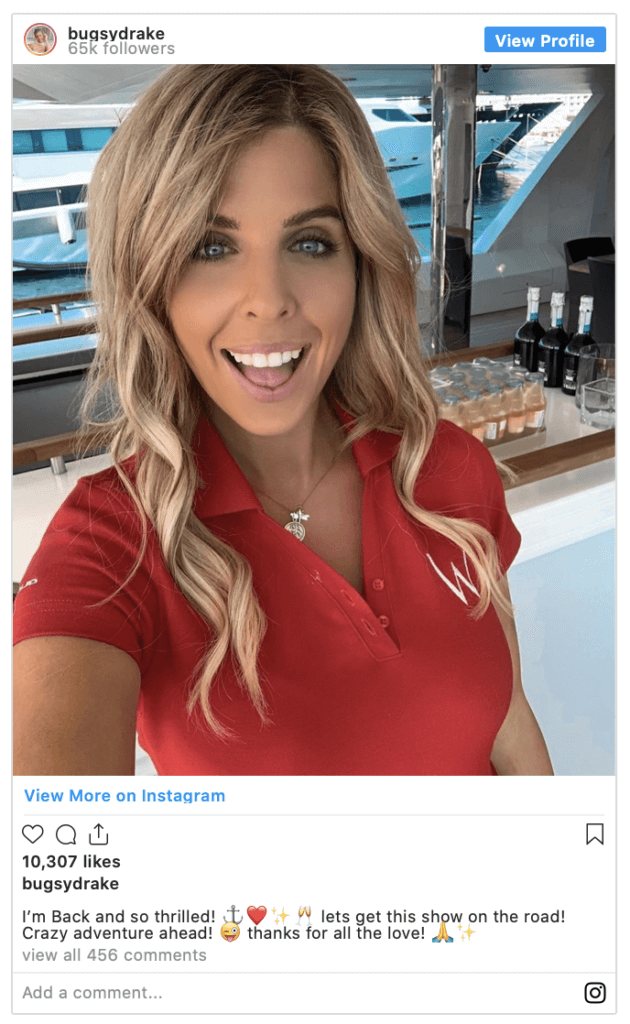 Hannah Ferrier is officially Below Deck Med history — but will Bugs Drake  be her permanent replacement?

Below Deck Mediterranean airs on Monday nights at 9 pm, ET, on Bravo.