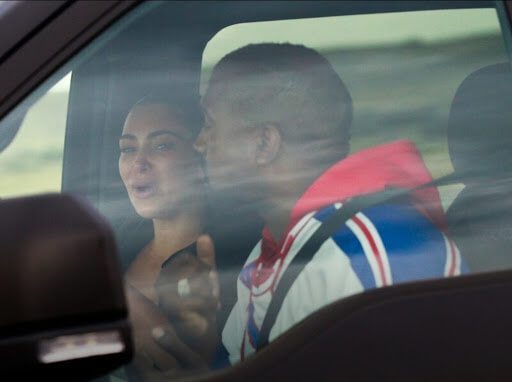 Kanye West briefly visited a Wyoming hospital after suffering anxiety symptoms on Saturday, according to a report by TMZ. A source connected to the rapper revealed that a large number of people triggered his decision to exit Cody Regional Health Hospital after only ten minutes, the artist instead arranging for an ambulance to come to his ranch. EMTs checked his vitals, and determined that he was stable.

After the ambulance left the sprawling ranch, Kanye West reportedly invited four photographers inside his home, only to keep them waiting for two hours. The paparazzi apparently left after Kanye told them that he wanted to “control the narrative.”

Kanye West’s anxiety issue flared only hours after he released a public apology to his wife, Kim Kardashian, who had been trying to convince her husband to seek help, after his bipolar meltdown. The Yeezy designer made headlines on Sunday, July 17 after he alleged that his wife considered an abortion while pregnant with the couple’s first child, during an off-the-rails campaign rally.

The outlet also reports that Kanye West jetted from Wyoming to San Francisco last week, but returned to Wyoming on Saturday.

Late Monday, Kim and Kanye were spotted having a heated conversation in a car — Kim was crying and very emotional.

As previously reported, Kim Kardashian has been trying to get Kanye placed on a 5150 HOLD.

Kanye West made headlines on Sunday, July 17 after he alleged that his wife, Kim Kardashian, considered an abortion while pregnant with the couple’s first child, during an off-the-rails campaign rally. The Keeping Up With the Kardashians star was reportedly “deeply upset” by her husband’s actions, a source reporting — “Kim is usually able to help him keep his mental health in check and Kanye speaking like this was shocking to her.”

A few days later, Kanye  tweeted that he had been trying to divorce Kim Kardashian for two years, claiming that the reality vet “tried to fly in with 2 doctors to 51/50 me.”

Stay tuned as the story develops…