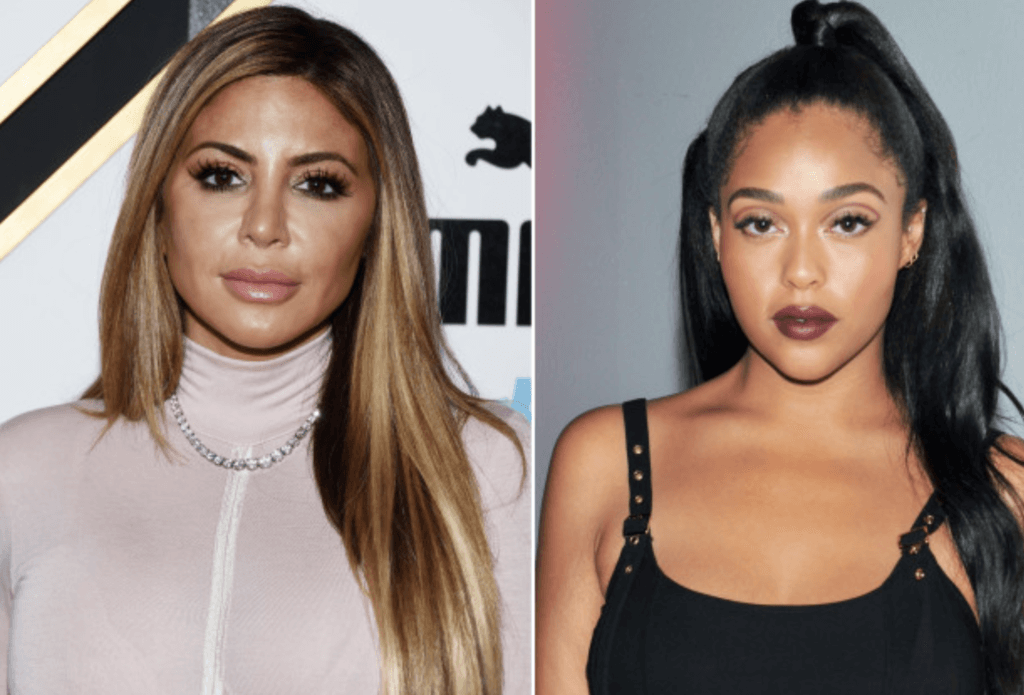 Jordyn Woods, 22, liked a tweet by a fan who was reacting to Kanye West’s rants over the last few days. The tweet called out the Kardashians for ending their friendship with Larsa quietly, instead of dragging her publicly like they had done to her a little over a year ago.

“Okay so the only thing I peeped from that man’s rant is that Larsa Pippin slept with Tristan but didn’t get dragged like Jordyn did because he kissed her. You dust buckets kept your mouths closed and just unfollowed that white woman and literally tried to destroy Jordyn,” the tweet said. 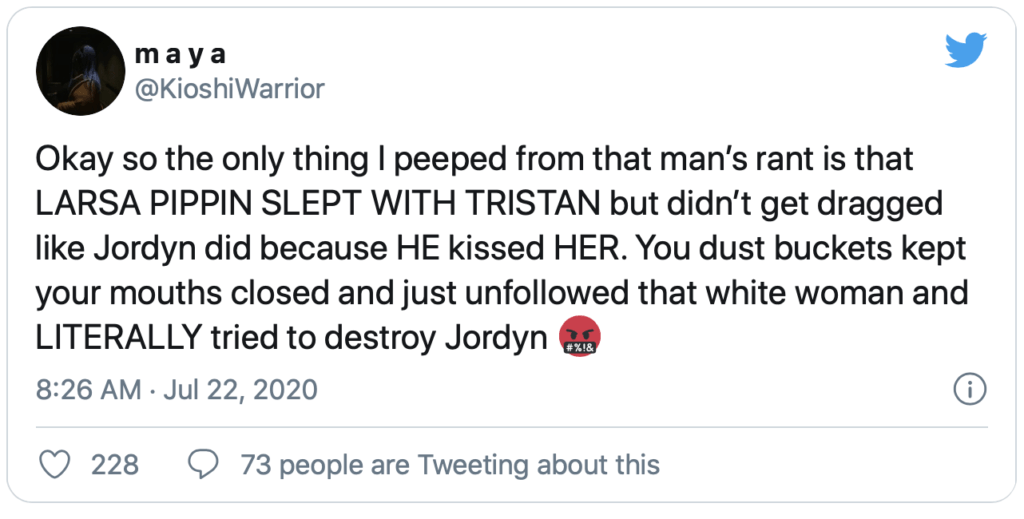 During a manic rant on Twitter about wanting to divorce Kim Kardashian and going to war with Kris Jenner, Kanye West randomly tweeted “Larsa” without any explanation or additional information.

Earlier this year, the Kardashians unsuspectingly unfollowed Larsa Pippen on Instagram — which is odd when compared to the theatrical way they ended their friendship with Jordyn Woods.

Jordyn Woods was ousted from their circle like a criminal. The Kardashians, along with Larsa, trolled and bullied her on social media, and on their reality show Keeping Up With The Kardashians. Khloe Kardashianseven accused Woods of ruining “her family.”

Larsa Pippen subtly addressed the speculation surrounding her friendship with the Kardashians via Instagram stories on Wednesday. ”I woke up this morning blessed and see that everybody is focused on who I am following on social media,” she wrote.

She added, “I am focused on my children, my new fitness brand Larsapippenfitness and my relationships in real life. Praying that everybody finds peace in their own lives and focus on what brings them happiness.”

Fans speculate the women went their separate ways quietly to keep the reason behind their friendship demise under wraps.