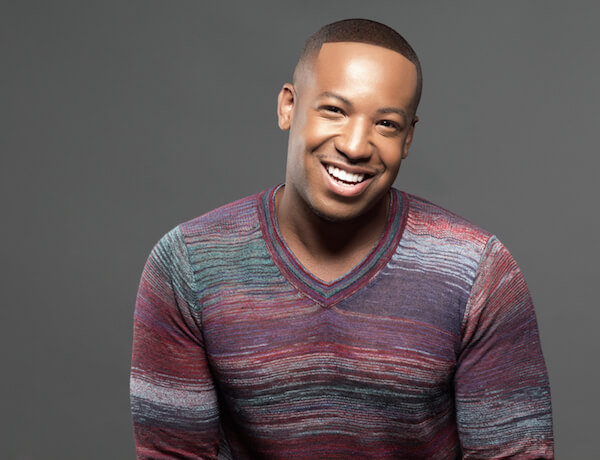 Carlos King, 40, who worked as a producer on seasons 1 — 9 of The Real Housewives of Atlanta, explained that his interest in reality television began when he started watching The Hills.

“This reality show called The Hills debuts and I was obsessed with The Hills. It was like nothing I had ever seen on television. And I was telling my friends I want to do a reality show. I need to start doing reality tv.” Carlos King dished on Sip and See podcast.

Carlos King was given the opportunity to get involved with The Real Housewives of Atlanta when a friend asked him if he would be willing to travel to Atlanta to work on a show about a group of rich and successful black women.

“Then a mutual friend of mine she had offered to do this show in Atlanta about this group of black women who live in Atlanta for Bravo. She knew how obsessed I was with the hills and she said ‘would you go to Atlanta to do this show? It’s a show about a group of black women who are rich and successful.’ That was the first reality show that I produced. I knew within 2 weeks that this is what I was meant to do.” Carlos shared.

Listeners also got insight on some of the behind the scenes work that goes on in the world of reality TV when Carlos King shared his experience when he witnessed the epic scene that went down when Nene Leakes was refused entry at Sheree Whitfield’s party because her name was not on the guest list.

“The moment I knew I loved this genre and that this show was going to be iconic, I was at Sheree’s party and as the producer you are assigned to different cast members. I was assigned to NeNe (Leakes). My job was to just follow whatever NeNe was doing. So I was there when Kim (Zolciak) and her had that moment at the gas station, remember that? Then we followed them to Sheree’s party. I was standing outside because my job was to be behind NeNe. Whatever NeNe does I gotta follow her with my camera crew. So When NeNe did not get in the party and that whole commotion happened, I spoke to my girl and I said this is going to be the best show we’ve ever done in our lives. I promise you. I feel it.” Carlos dished.

The host of the show chimed in and said that he had always believed that Whitfield left Leakes’ name off the guest list on purpose. To that, King laughed hysterically.

On how much of reality TV is actually real, Carlos King said, “my rule that I say to my team now that I have my own company is that you let the reality happen. I am a true reality producer. I want the reality to happen. I even remember the showrunner at that time (again it’s no right or wrong in this), but he did try to get NeNe in the party. What people don’t know is that NeNe even said to the security  that she was a castmemmber. But the security would not let up.” He concluded his answer by saying that 80% of reality tv is real.

Carlos King also addressed the infamous Season 9 sex dungeon rumor that rocked the cast and resulted in Phaedra Parks being fired. He denies any wrongdoing in the scandal.

As for his opinion on Marlo Hampton, he believes she deserves to hold a peach because she meshes well with the ladies.

He also touched on being attacked by fans of the real housewives. Leakes’ fans– who he claims to be the biggest fan base of all housewives – attacked him when Claudia Jordan was added to the cast. They accused him of orchestrating the whole thing to make NeNe look bad.

Porsha Williams’ infamous fight with Kenya Moore was one of his biggest disappointments. He attempted to stop the altercation to protect Porsha and prevent her from doing something she would later regret. However, it was too late as she had already grabbed Moore’s hair.

Press play below to listen to the full interview.