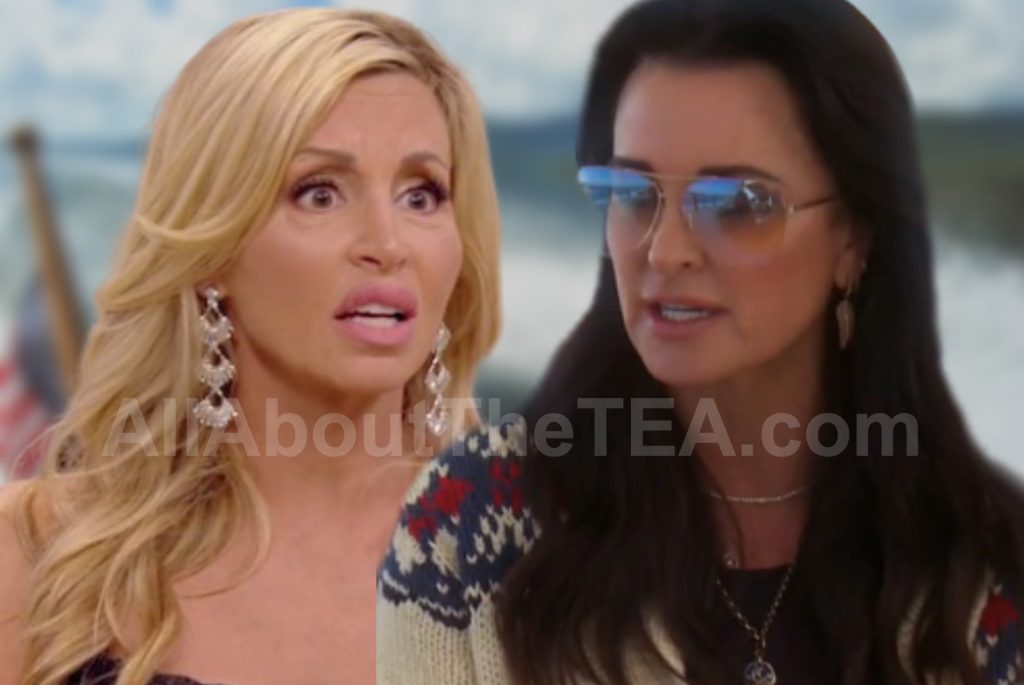 Kyle Richards will confront Camille Grammer about being shady on Twitter while playing nice to her face during Season 9, on Wednesday’s episode of Real Housewives of Beverly Hills.

In a sneak peek preview clip, Kyle Richards accuses the reality vet of “annihilating everybody” and giving her reasons not to trust her, while reflecting on the previous season.

Camille Grammer shares that she was “so upset” by the women while filming a particularly tough season, citing Denise Richards’ comment that she was “on something” during the reunion series.

Kyle Richards notes Camille’s “big opinion on Twitter” in a confessional spot, before advising her frenemy to spill her opinions to her face. Camille explains that she was responding to what felt like a cast gang-up during the reunion taping.

“I did feel that I was on the attack. I felt like, ‘Okay, who’s going to take their turn next to go after Camille?’ And after a while, it’s like enough is enough. I just lost my house. There’s only so much one person can take,” Camille says.

Camille Grammer snarks in a confessional spot — “I felt like they were the witches that came together, stirring their cauldron and saying — ‘We’re all together on this and our common enemy is Camille!’”

“You did not stand up for me and that’s why I got hurt,” Camille says to Kyle in the preview.

“I had a very hard time standing up for you because of the things that were coming out of your mouth,” Kyle responds.

Camille shared and reacted to the upcoming scene on Twitter — with a virtual eye roll. 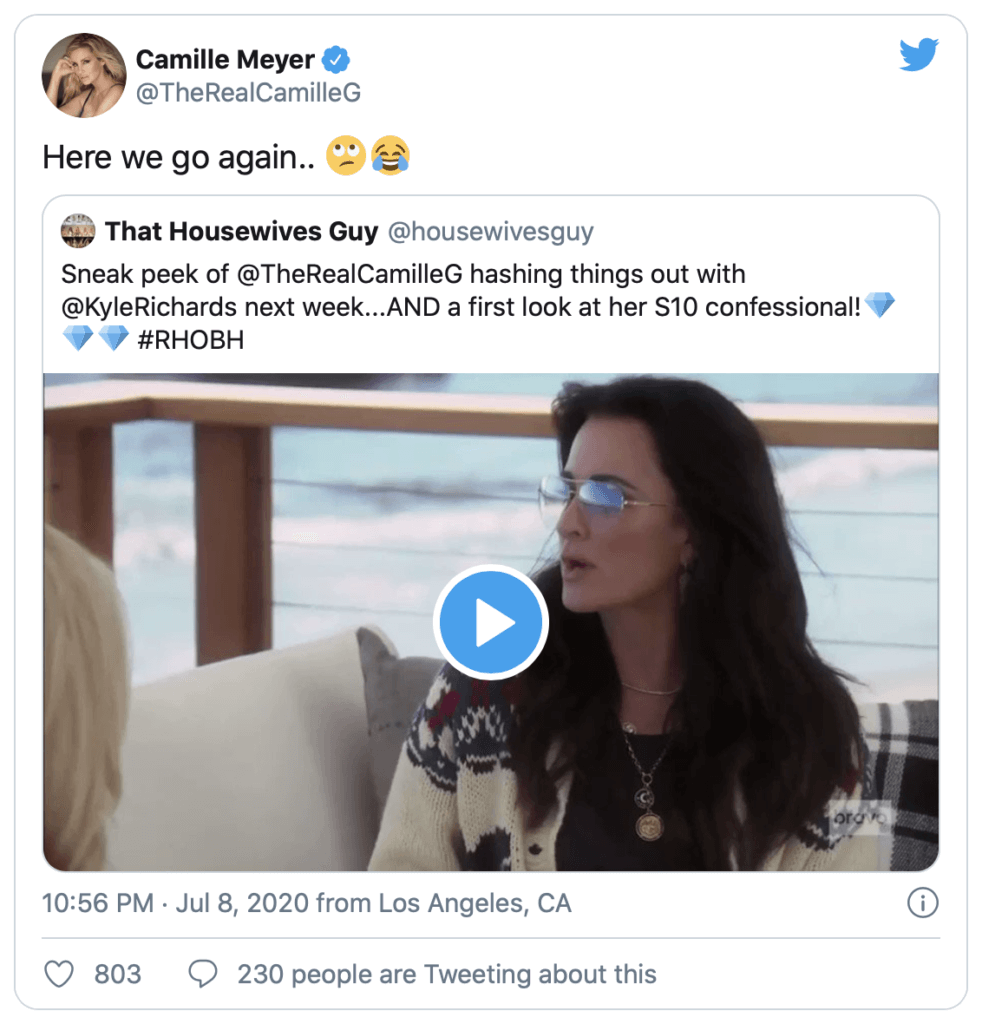 Watch the interaction unfold on the Real Housewives of Beverly Hills, Wednesday night at 9 pm, ET, on Bravo.