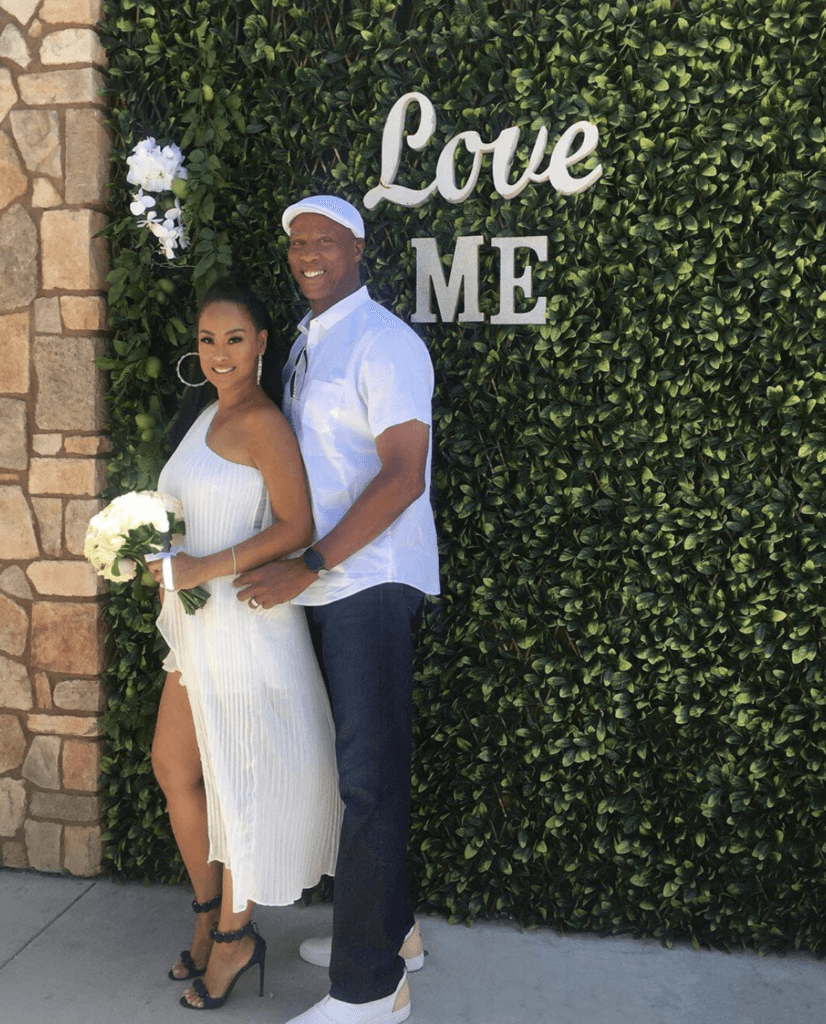 Basketball Wives star, CeCe Gutierrez, and Byron Scott tied the knot on Saturday in a gorgeous ceremony — however, Byron’s son, Thomas Scott, and daughter-in-law, Kristen Scott were not in attendance — and AllAboutTheTEA.com has exclusive details.

Thomas and Kristen Scott were not invited to the nuptials amid family drama that played out on Season 8 of the VH1 reality series. And to add insult to injury, Kristen’s nemesis, Ogom “OG” Chijindu attended the wedding — accompanied by her fiancé, Kwame Alexander.

“CeCe and Bryon are still not talking to Thomas and Kristen, so she decided not to invite them to their wedding. CeCe was scared Kristen would ruin her special day because she’s not geniuenly happy for them.” A source told AllAboutTheTEA.com. “CeCe only wanted people that truly supports them at the wedding.”

Ogom “OG” Chijindu advertised her attendance at the celebration on social media, she posted, “WE ARE SO BLESSED TO HAVE WiTNESSED THiS UNION,” OG shared on Instagram along with photos from the wedding. “WE LOVE YOU BOTH SO MUCH AND ARE SO HAPPY FOR YOU GUYS! NOTHiNG SHORT OF SPECTACULAR!! MAY GOD BLESS THIS MARRiAGE ENDLESSLY!”

Scroll through photos below of OG and CeCe from the wedding.

The complicated family drama began during Season 7 of Basketball Wives when Kristen Scott accused her father-in-law, Byron Scott, of being a bad grandfather and blamed CeCe for his behavior.

In Season 8, their dispute intensified when CeCe Gutierrez betrayed the family when she told co-star, Ogom “OG” Chijindu that Thomas wasn’t Byron’s biological son — which was unknown to the public. CeCe’s freudian slip angered the entire cast and further fractured the rift with Kristen.

Season 8 wrapped up with hints of a potential reconciliation for the Scott family. In addition, it appeared that Byron Scott had patched things up with his son when the former NBA star responded to a concerned fan who asked if they had resolved their family drama.

“Thomas and I don’t have a problem. And thank you for the compliment,” Thomas commented.

However, AllAboutTheTEA.com can confirm that the bad blood still exists as Kristen and Thomas were both persona non grata at the wedding. Additionally, they’ve all unfollowed each other on social media.

“CeCe doesn’t trust Kristen after she betrayed her for a bogus reality show.” A family insider shared with AllAboutTheTEA.com. “Kristen and Thomas haven’t spoken to Byron and CeCe in close to 2 years.”

Check out more wedding photos below — Scroll through the gallery.

The cast of Basketball Wives is currently filming Season 9 on strict guidelines due to the Coronavirus. Stay close to AllAboutTheTEA.com for more updates.