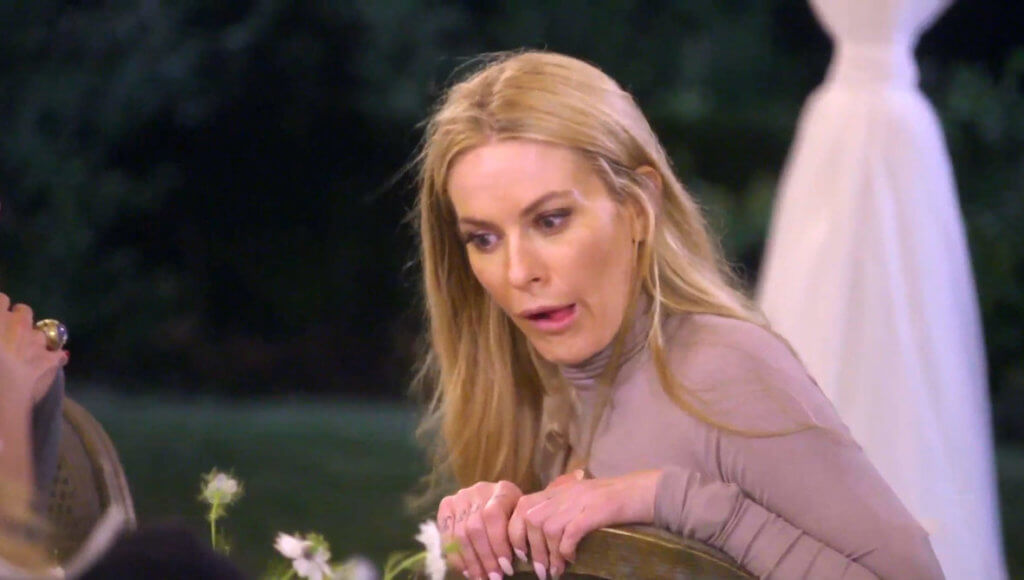 Leah McSweeney is accusing Ramona Singer of trying to get her fired from Real Housewives of New York City  over her drunken shenanigans.

Leah McSweeney, 37, joined the ensemble cast in season 12 and quickly raised eyebrows after a drunk outburst during a cast trip to Rhode Island became scuttlebutt amongst the group. Ramona Singer especially took issue with Leah McSweeney’s less than lady-like antics — after Leah threw food on the senior cast member and allegedly campaigned for the rookie’s dismissal.

“Ramona tried to get me kicked off the entire show that weekend,” Leah McSweeney said on Tuesday’s edition of the “Not Skinny But Not Fat” podcast. Adding that Ramona Singer was “probably” jealous of her. 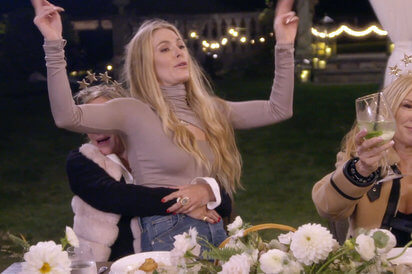 She continued, “I can’t think of any other reason why I’d be held to such different standards than everybody else unless she just sees me as like, I mean, again, I’m the tattooed one. I’m the one with a smaller apartment. I’m the one that lives downtown with the graffiti. I don’t know. Maybe she just doesn’t — maybe she thinks she’s like above me or whatever. I’m not really sure, you know, but it all plays out in the second half the season. It only gets worse.” 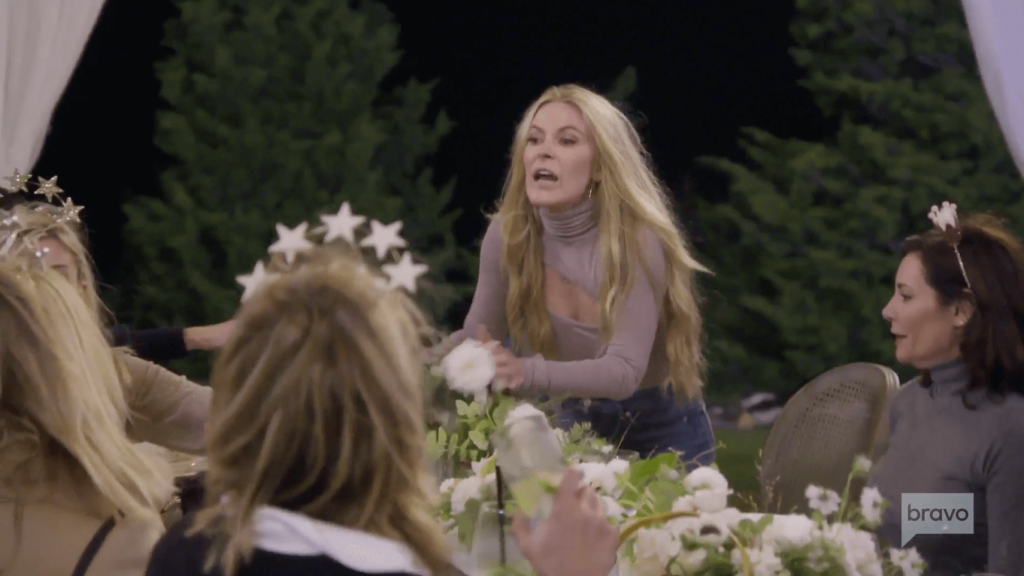 Leah McSweeney also noted that her behavior while drinking made other cast members annoyed with her during the Rhode Island trip, but she doesn’t regret her decision to drink.

“I spent so many years not drinking, you know, most of my adult life, for nine years from age 27 to 36, I didn’t drink at all,” she said. “So I’m much more comfortable living in that way. Like I have much more practice living and dealing with life without alcohol. Like everyone basically like got to see me — and I didn’t start drinking because of the show, I started drinking before I was even passed for the show.” 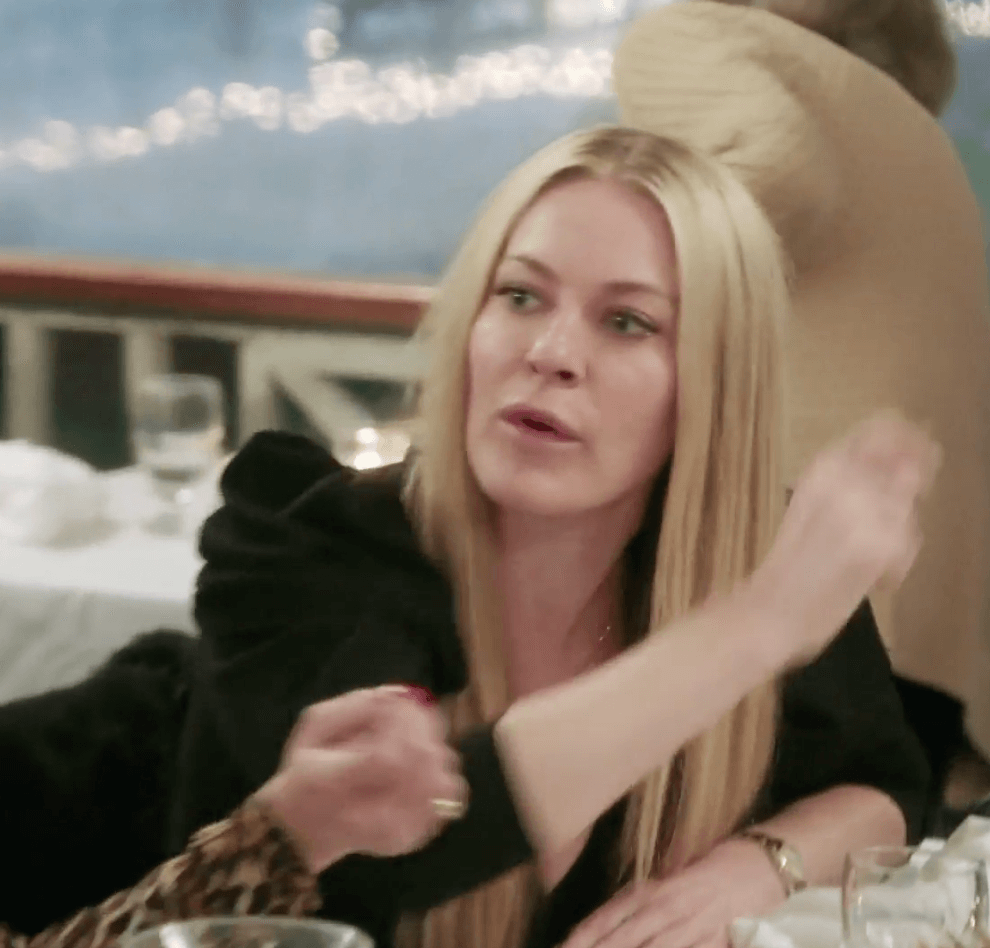 Leah McSweeney fell off the wagon during the Rhode Island trip but insists that her decision to start drinking was not a result of joining the show.

“I think like it was the edit or whatever it is, or people were like, ‘Oh my God, she broke her sobriety for the show.’ And it’s like, ‘No, I didn’t.’ I broke my sobriety way before the show. And it was a very personal choice and it was something I have no regrets doing.”

While Leah McSweeney may be celebrating three months of sobriety, her quarrel with Singer over the Rhode Island incident has spilled over to onto social media, even after the filming for the season was finished.

Ramona Singer and her daughter, Avery, dragged Leah McSweeney on Instagram back in April. Avery commented that she felt “embarrassed” that her mother had to be with Leah in Rhode Island.

Leah recently thrashed Ramona for flaunting her tropical quarantine during the coronavirus  shutdown.

“I am so disgusted by some of my castmates and their families who spent the entire f–king quarantine in Florida, living it up, showing everybody how they’re living it up,” Leah ranted on Wednesday. “Then Florida, of course, the cases surge. They f–king come back to New York and are out like nothing, not quarantining, not taking this s–t seriously and basically laughing in all of our faces. F–k you, guys.”

“How f–ked up is it if you think you’re going to come back and reap the benefits of our hard work and possibly spread f–king COVID? That is despicable and very déclassé,” Leah McSweeney added.