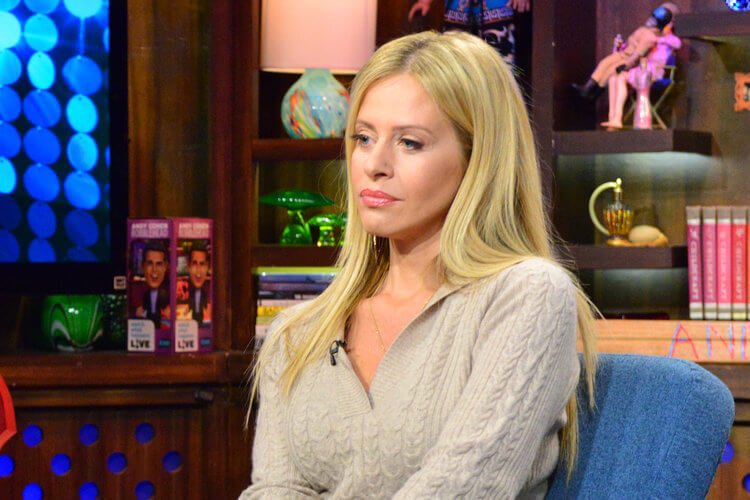 Dina Manzo’s ex-husband, Thomas Manzo, and a reputed organized crime soldier were arrested Tuesday for plotting an assault on the reality star’s current husband in exchange for a lavish wedding reception.

According to the documents filed in the case, U.S. Attorney Craig Carpenito is charging Thomas Manzo, 55, with hiring Lucchese-linked mobster John Perna, 43, of Cedar Grove, to attack the then-boyfriend of ex-wife, Dina Manzo.

In addition, John Perna was hit with conspiracy to commit wire and mail fraud related to the submission of a false car insurance claim, and Thomas Manzo with falsifying and concealing records related to the federal investigation of the violent crime.

According to statements made in court on Tuesday, the crime was committed in 2015 — Thomas Manzo, one of the owners of the Brownstone Restaurant in Paterson, allegedly hired John Perna to assault, David Cantin, in exchange for a deeply discounted wedding reception for Perna held at the upscale venue.

John Perna, who Carpenito said is a “made man” in the Lucchese Crime Family with his own crew, worked with his associates to plan and carry out the assault, which took place in July of 2015.

In exchange for committing the assault, John Perna held a lavish wedding reception at Manzo’s banquet hall for a deep discount, which was paid by another Lucchese associate and close friend of Manzo. The wedding and reception, held in August 2015, were attended by approximately 330 people, and included many members of the Lucchese Crime Family.

Separately, prior to the date that John Perna was scheduled to begin serving a state prison sentence in January 2016, he falsely reported that his Mercedes Benz was stolen and destroyed. Perna is being accused of staging the vehicle theft and arson with other members of the Lucchese Crime Family.

In response to federal grand jury subpoenas that were sent to the Brownstone Restaurant seeking, which sought documents related to the August 2015 Perna wedding reception, Thomas Manzo failed to turn over relevant documents in response to those subpoenas and deliberately submitted a false document regarding the reception to the government, along with a false certification.

In November 2019, agents with the FBI executed a search warrant at the Brownstone Restaurant and seized invoices for the August 2015 Perna wedding reception and other relevant documents that were not previously turned over.

The violent crime in aid of racketeering activity count against both defendants carries a maximum potential penalty of 20 years in prison and a $250,000 fine.

The conspiracy to commit the violent crime in aid of racketeering activity count against both defendants carries a maximum potential penalty of three years in prison and a $250,000 fine.

The conspiracy to commit mail and wire fraud count against John Perna carries a maximum potential penalty of 20 years of in prison and a $250,000 fine.

The falsifying and concealing records related to a federal investigation count against Thomas Manzo carries a maximum potential penalty of 20 years in prison and a $250,000 fine.