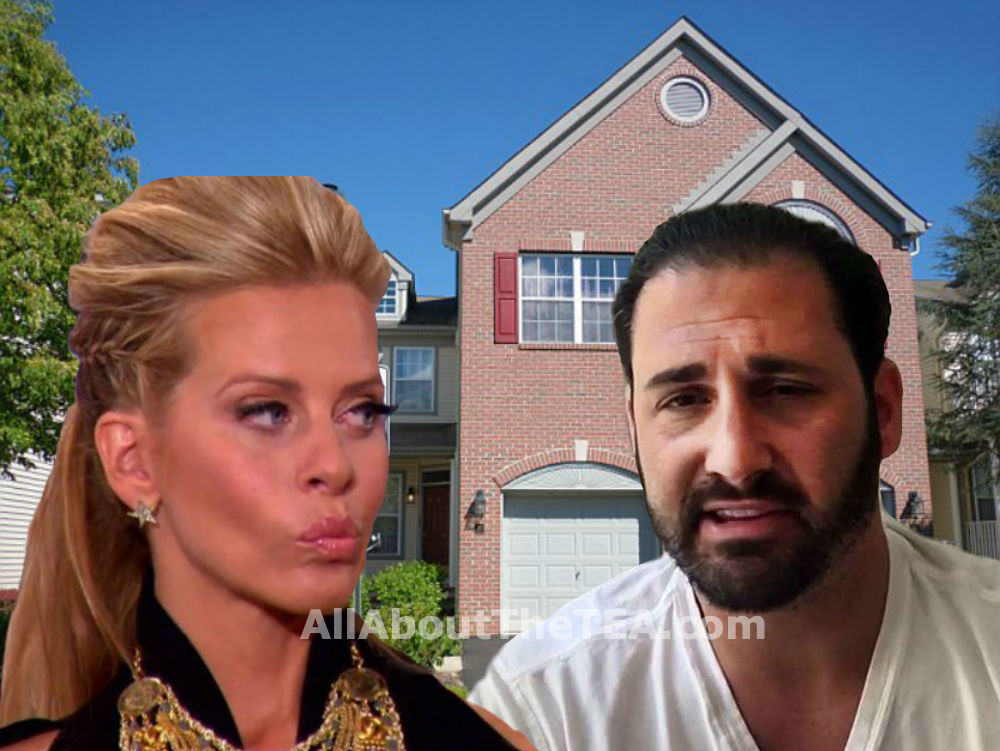 The man who allegedly beat and robbed Dina Manzo during a home invasion in 2017 is claiming her allegations are false — and his legal team is calling the incident an “elaborate scheme” set up by the Real Housewives of New Jersey alum.

However, James Mainello’s attorney, Marco Laracca, says the statements made by Dina Manzo regarding the alleged 2017 home invasion in New Jersey, “are questionable at best and may be totally fabricated.”

“It is clear from our investigation and a review of all the discovery obtained so far that either the incident did not happen or certainly did not happen in the way the alleged victims claimed it did,” Marco Laracca said in a statement to AllAboutTheTEA.com.

As reported, Dina Manzo, 47, and her then fiancé David Cantin, 40, both told local police that they were confronted by two men who were already inside their Holmdel, New Jersey townhouse when the couple arrived home. One man struck David Cantin several times with a baseball bat while Dina Manzo was punched multiple times by the other man. Additionally, Dina Manzo alleged that her engagement ring — valued at $60,000 according to her — was stolen.

Police questioned neighbors in the townhouse complex who said they heard nothing unusual during the alleged break-in.

“It’s hard to believe that during a violent attack involving a baseball that none of the townhouse neighbors heard anything — no screams, no broken glass, nothing,” said Marco Laracca, who noted that Cantin’s injuries were not consistent with someone beaten with a baseball bat by a grown man.

Additionally, Marco Laracca is seeking documentation that he says will shed more light on what may actually be an elaborate scheme on the part of Dina Manzo and David Cantin to capitalize on Dina’s Real Housewives of New Jersey fame.

Marco Laracca has subpoenaed a copy of Dina’s divorce records to help shed light on the case, because, among other things, Dina told police that the attack was orchestrated by her ex-husband, Thomas Manzo. Dina Manzo’s attorney has moved to quash the subpoena.

According to a statement Dina Manzo gave police, the attackers wore ski masks and threatened her and her fiance before leaving the townhouse, saying: “That’s what you get for f—ing with a guy from Paterson.” The reference, she alleges, is to the Manzo family, which has its business and personal roots in the city.

According to the police report, Dina Manzo claimed that the May 2017 perpetrators stole a diamond engagement ring given to her by David Cantin — supposedly worth $60,000. According to the couple, they did not file an insurance claim on the ring. But an investigation shows that an insurance claim was made on the ring with Liberty Mutual Insurance Co. — and the ring’s real value is closer to $48,000.

The defense investigation also uncovered that two other engagement rings owned by Dina Manzo are also in question and may be shed light on the couple’s alleged motives.

Interestedly, Dina Manzo told police that a similar engagement ring (also claimed to be worth $60,000) that she received from Mr. Manzo — was stolen from her Malibu, California home about a month before the May 2017 break-in. She told police she thought the two incidents might be related.

Upon further investigation it was found that the Cantins made no insurance claim on the Malibu ring because Mrs. Cantin could not be sure had had possession of the ring after her divorce from Mr. Manzo, even though divorce records show Ms. Manzo had been given ample opportunity to gain possession of the ring.

Coincidentally, says attorney Marco Laracca, the defense investigation has revealed that following the alleged Holmdel break-in, Ms. Manzo attempted to obtain a receipt and appraisal for an engagement ring from a Wayne, NJ jeweler that she received from her first husband approximately 25 years ago.

David Cantin, who met Dina Manzo in 2015 when both were married to other people, has positioned himself as a very successful businessman having amassed a multimillion-dollar fortune through his car dealership expertise. He has a consulting firm — the DGC Group — headquartered in New York. The group’s website boasts that David Cantin is an expert in dealership acquisitions; a dealership consultant, a self-made entrepreneur and a philanthropist; “he can do it all” reads the site. DGC says it has completed is “over $11.5 billion in collective dealer acquisitions and $3 billion in dealership listings.

However, in reality David Cantin’s is having money issues. Approximately a year before the alleged home invasion, David Cantin borrowed $50,000 from his business partners, failed to make a single payment on the loan and was hit with a $75,000 judgment. In August 2016 he was hit with a $72,000 child support judgement from his previous wife. In addition to failing to live up to those financial obligations, Mr. Cantin was hit with a $1.24 million tax lien by the Internal Revenue Service in May 2019. The lien appears to be for income in 2016 and 2017.

Shortly after meeting Dina Manzo in 2015, David Cantin appeared to be seeking ways to capitalize on his relationship with the former television star. In 2016 Cantin contacted an Illinois public relations firm to help promote himself as a motivational speaker and to tout his business success and his recent involvement with a RHONJ star. He agreed to pay the firm $12,000 to start. However, Cantin never paid the firm a dime and a judgment was filed against him in Illinois in 2017 for the money owed. The owner of the Wilmette IL firm described Cantin as: “a 200 percent narcissist arrogant and difficult to deal with.”

According to the defense attorney this case, “boils down to the credibility of the alleged victims. And with each new piece of discovery there is more doubt cast on their credibility of their story,” said Marco Laracca.

The dubious couple lived in California at the time of the alleged incident but were visiting their home state for her goddaughter Audriana Giudice’s communion.

Dina Manzo and David Cantin secretly tied the knot on June 28, 2017 — just over a month after the invasion and attack.