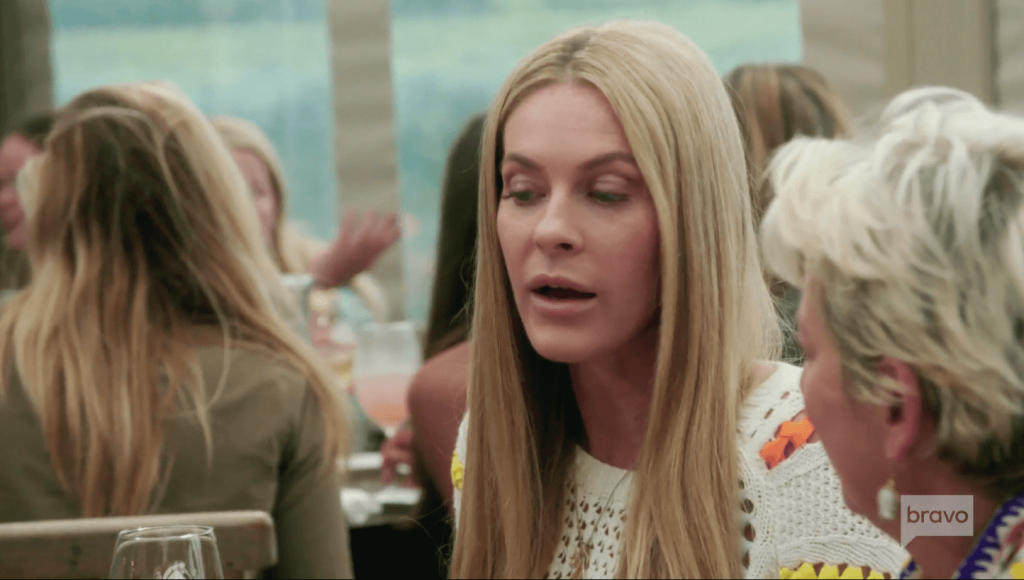 Leah McSweeney is proud to be 90 days sober and shared a photo on Instagram of her sobriety pin on Sunday. “It’s been a trippy 90 days,” she captioned the post.

The Real Housewives of New York City star receieved a lot of love on her accomplishment, even from  fellow Beavolebs, Margaret Josephs and Braunwyn Windham-Burke.

Leah McSweeney has been vocal about her sobriety struggles and prior stints in rehab. She fell off the wagon six months after filming started on Real Housewives of New York City, after being clean for nine years.“Me and alcohol have a very weird relationship. I am someone who actually enjoys like, completely like, going crazy.” 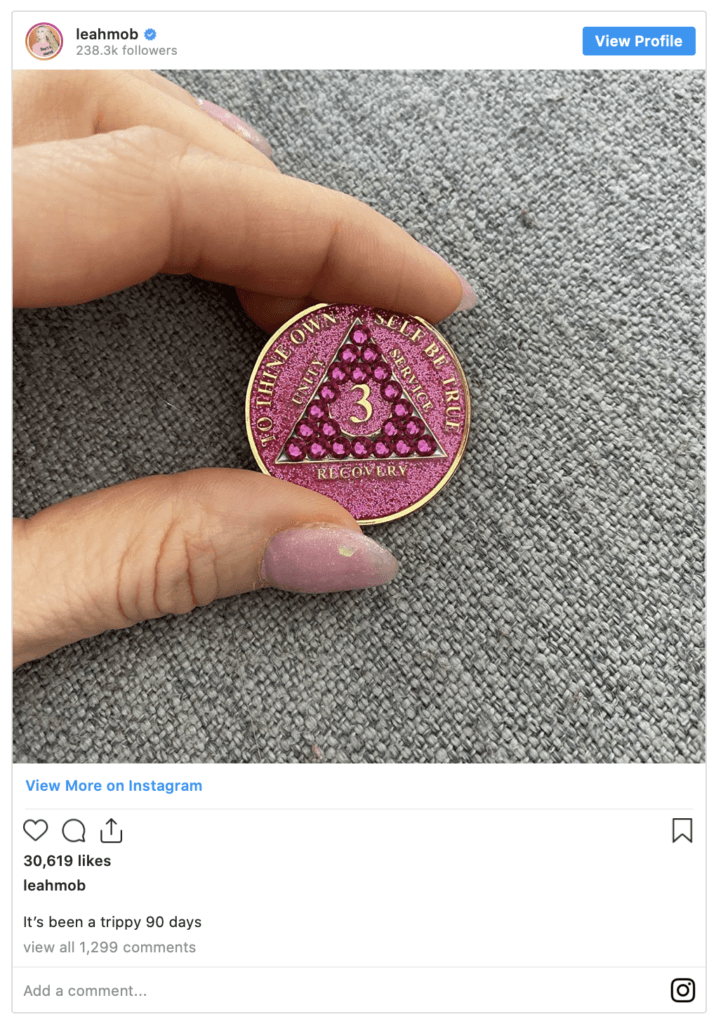 Viewers witnessed Leah McSweeney drink alcohol to the point of inebriation throughout the season — including when she skinny-dipped in Ramona Singer’s Hampton pool.

Leah McSweeney’s decision to start drinking again put a strain on her relationship with her mother.

“My mom, I told her that I did end up drinking,” McSweeney recalled to her Bravo costars on the April 30 episode. “Not the end of the world, [but] she wasn’t responding to my text messages after I told her, so when I called my dad I told him, ‘I’m trying to get in touch with mom, I can’t get in touch with her.’ And he’s like, ‘Mommy is like, really mad at you and she just doesn’t want to talk to you right now.'”

Leah McSweeney acknowledge her mother’s fears. “When you’ve had a nine-year period of not drinking and then decide to start doing it, obviously, rightly so, my mom is going to be worried,” McSweeney said.

“For my mom, when she heard I’m drinking again, it’s just like a trigger to her,” she said. “I definitely think that my mom still views me as that wild teenager. It’s very hard for her to accept me as a 37-year-old woman who’s got her s— together.”

However, Leah McSweeney told her costars she felt like she was a long way from her dangerous days. “I would never go to that deep, dark place again,” she said.