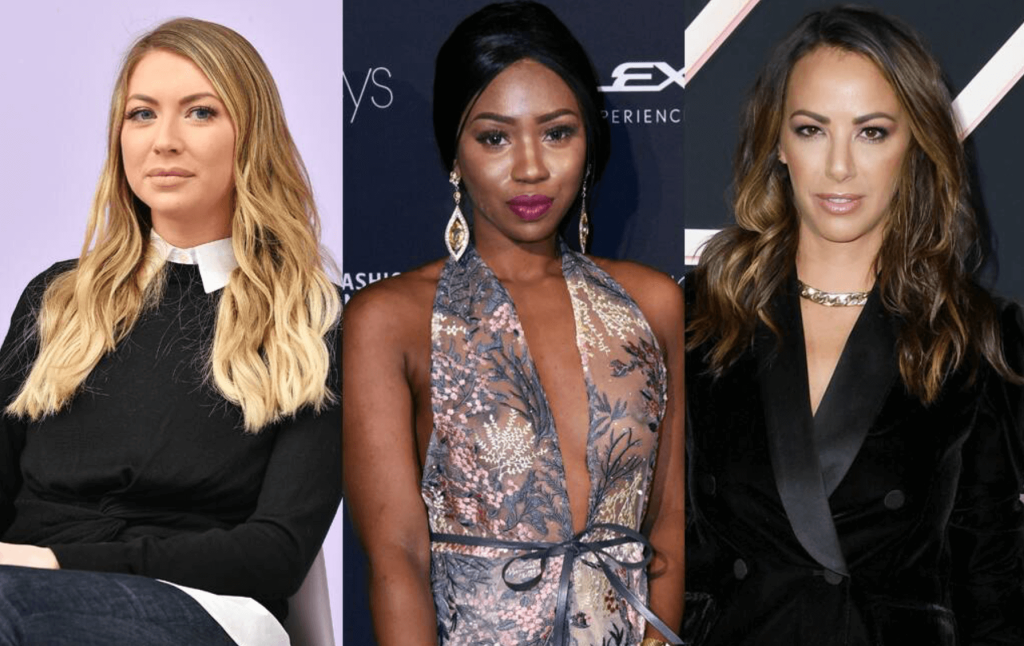 Stassi Schroeder and Kristen Doute have offered apologies to Faith Stowers — addressing an incident that their former co-star revealed during a recent Instagram Live chat with Candace Rice. Stassi, 31, and Kristen, 37, both posted statements on Instagram on Sunday, addressing the racially charged controversy.

Faith Stowers spoke of a time when Stassi Schroeder and Kristen Doute tried to pin a crime on her, after spotting a tabloid piece about a black woman wanted for theft.

“There was this article on Daily Mail where there was an African American lady. It was a weird photo, so she looked very light-skinned and had these different, weird tattoos. They showcased her, and I guess this woman was robbing people,” Faith said during the June 2 chat. “And they called the cops and said it was me. This is like, a true story. I heard this from actually Stassi during an interview.”

Stassi Schroeder confirmed that she did call the cops on Faith, during a 2018 appearance on the Bitch Bible podcast. Kristen simultaneously tweeted a link to the story about the wanted black woman, writing — “hey tweeties, doesn’t this ex #pumprules thief look familiar? someone put her on mtv & gave her a platform for press. I didn’t wanna go there but I’m going there.”

Faith shared disturbing details about the episode, during her interview.

“..it was just funny, because [Stassi and Kristen] thought it was me because it was a black woman with a weave,” Faith said, later adding — “So they just assumed it would be me, and they called the cops on me. It didn’t work, so they were upset about that.”

“Racially insensitive comments from my past have resurfaced. It is important that I continue to take accountability for what I have said and done, while pushing myself to do better,” the VPR star wrote. “I have grown significantly from the person I was then, and I am still filled with remorse and regret for the hurt I caused. I am grateful for the people in my life that continue to check me and push me to evolve into a more educated person.”

“My emotions over something that happened between our friends outweighed my logic, and there is no excuse for that,” Stassi added, about the specific incident. “I did not recognize then the serious ramifications that could have transpired because of my actions. What I did to Faith was wrong. I apologize and I do not expect forgiveness.”

“I am also sorry to anyone else that feels disappointed in me. I am going to continue to look closer at myself and my actions – to take the time to listen, to learn, and to take accountability for my own privilege,” she promised her followers.

“I have been taking some time to really process what I’ve been seeing, feeling and learning. And I need to address something specifically that happened a few years ago with my former castmate, Faith Stowers,” Kristen  wrote.

“Although, my actions were not racially driven, I am now completely aware of how my privilege blinded me from the reality of law enforcement’s treatment of the black community, and how dangerous my actions would have been to her,” Kristen said, adding, “it never was my intention to add to the injustice and imbalance. I’m ashamed, embarrassed, and incredibly sorry. I will do better. I have to do better.”

Vanderpump Rules has been slammed by fans in the past for the cast’s lack of diversity. Besides Faith, Tina McDowelle, a recurring presence in Seasons 1-2, has been the only other black VPR star.