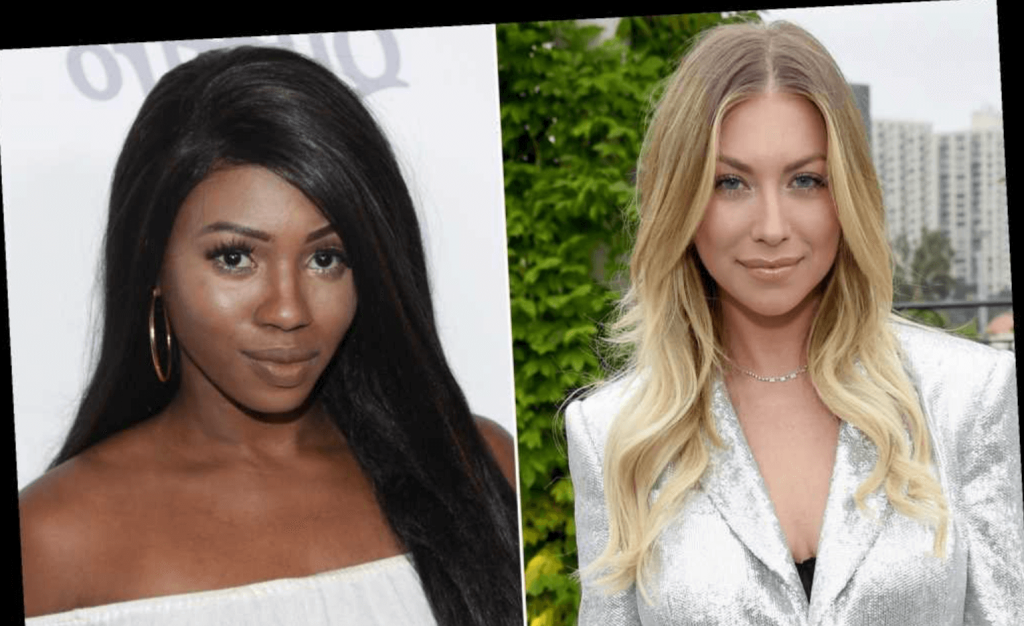 While the pair have been posting in support of Black Lives Matter on their Instagram pages this week, fans pointed out their past contradictory behavior in the comments.

As reported, Faith Stowers called out Stassi Schroeder and Kristen Doute this week during an Instagram Live chat with Floribama Shore star Candace Rice. Faith recounted a time in 2018 when the ladies falsely accused her of drugging men and stealing watches and called the cops on her to launch an investigation on Faith.

“There was this article in the Daily Mail where there was an African-American lady. It was a weird photo, so she looked very light-skinned and had these different, weird tattoos. I guess this woman was robbing people,” Stowers said in the Instagram video.

“And they called the cops and said it was me. This is like, a true story. I heard this from, actually, Stassi during an interview.”

Press play to watch the full interview below.

During a 2018 broadcast of Bitch Bible podcast, Stassi Schroeder said she and Kristen Doute compared Faith’s hair and tattoos to the security footage from the robberies and contacted the police because they saw a resemblance.

“We are like, we just solved a f—king crime,” Schroeder reportedly said on the now-deleted episode. “We start calling the police. The police don’t give a f—k.”

Kristen Doute tweeted the following photo — with the caption, “I didn’t wanna go there but I’m going there.” She later posted a photo of Stowers as “proof.” 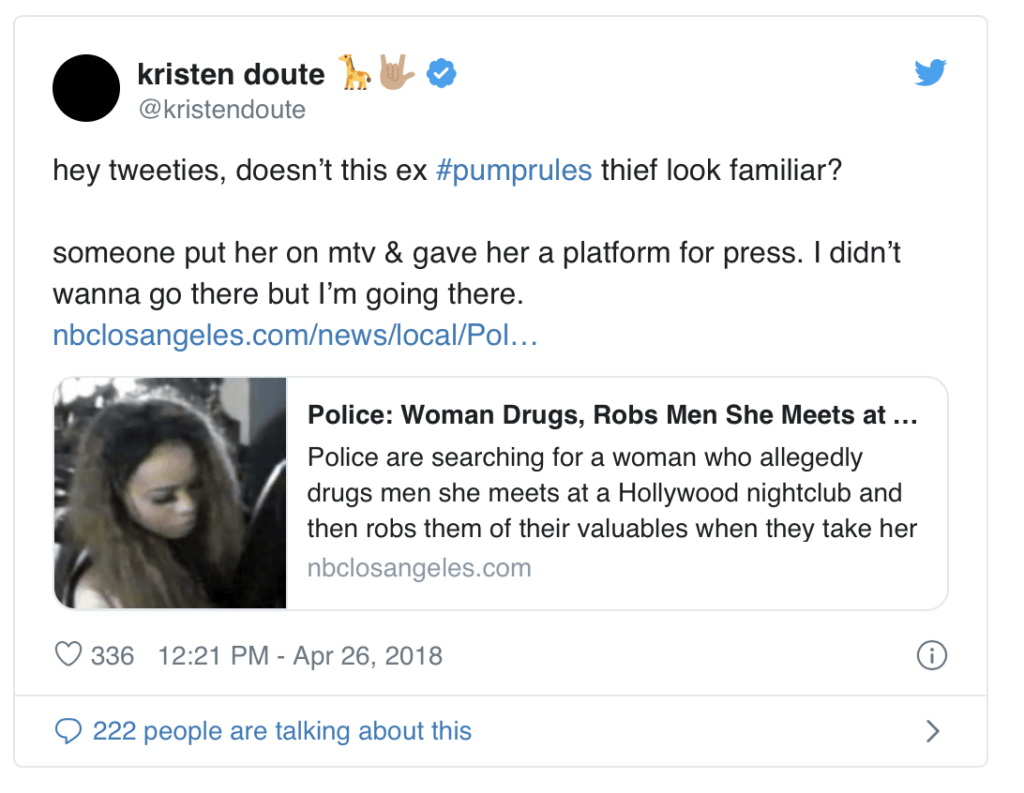 Buzzy shaving brand Billie have severed ties with Stassi Schroeder, writing on their Instagram that the company is “ending all of our partnerships with anyone who isn’t supporting the fight against racism.”

Hip vitamin startup Ritual also canceled Schroeder, “We were not aware of her actions and realize that is unacceptable and part of our responsibility. We have ended our partnership with Stassi, and we are committed to doing more thorough diligence on all our brand partners going forward,” a spokesperson said in a statement.

“We stand against inequality and racial injustice and under no circumstances will standby and promote partnerships that reflect otherwise.”

Share your thoughts on Stassi Schroeder losing endorsements over drama with Faith Stowers. Sound off below!