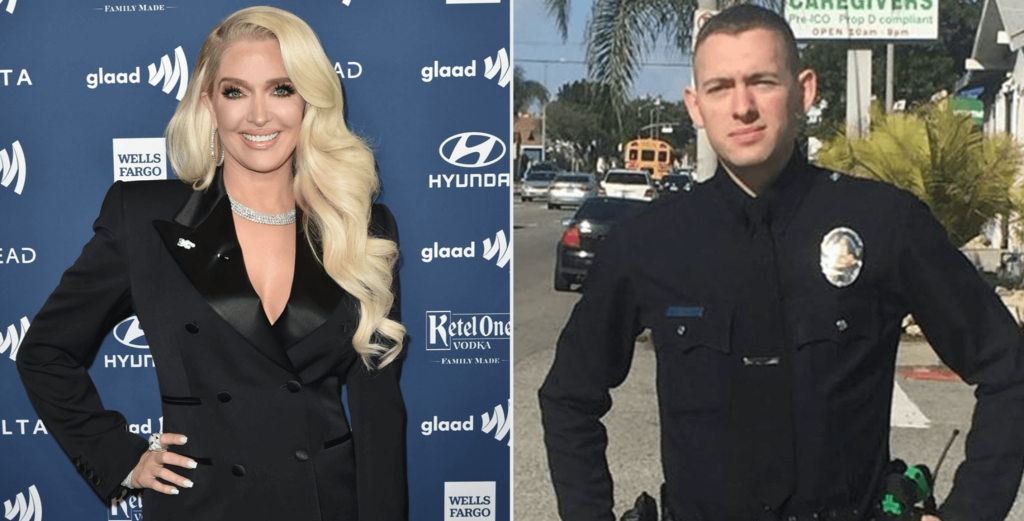 Erika Jayne dropped inappropriate comments about Denise Richards’ teens on the Real Housewives of Beverly Hills — but when it comes to her own son — watch out.

Erika Jayne made it known on Tuesday that her grown son is off limits — blasting a social media troll who stepped out of line on her Blackout Tuesday Instagram post. The follower came for her son, Tommy Zizzo, 26, a California police officer who stays out of the Bravo spotlight.

“Your son is an officer!” the follower commented, which set off the reality star/ singer.

“My son was brought up NOT to be racist,” Erika Jayne fired back. “His job is to protect and serve ALL not just people that have his skin color,” she wrote before adding, “F— you and stay off my page.”

Erika Jayne shared a rare pic of her young adult son, in early May. 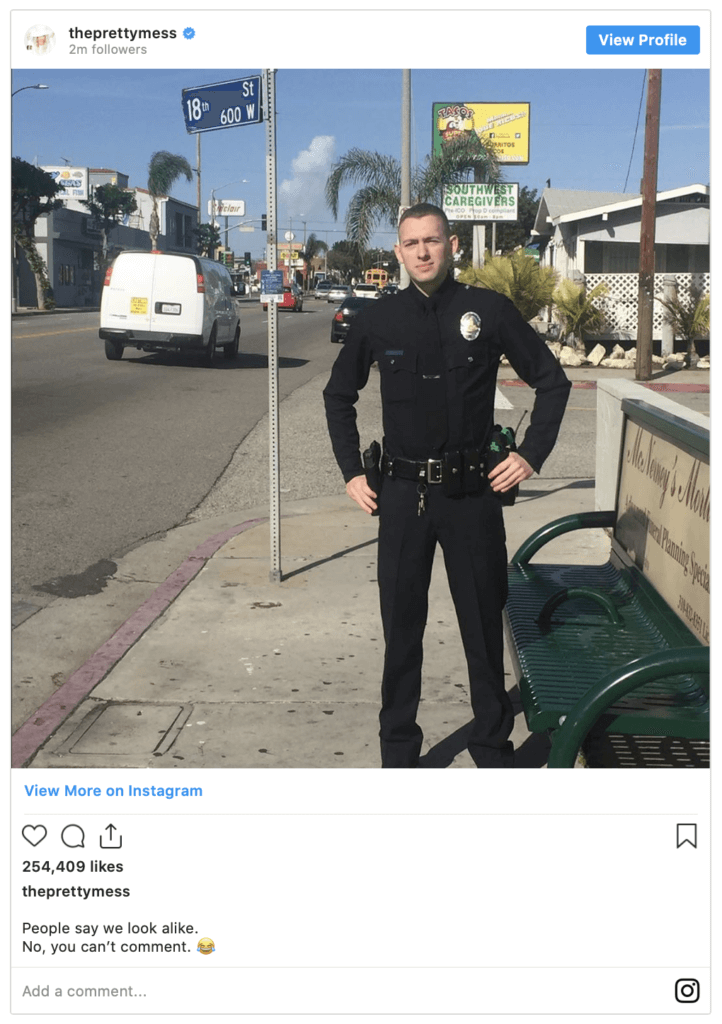 Fans dragged the splashy reality star after she snarked that Denise Richards’ teenage girls had probably already engaged in threesomes—-but cheered her fiery defense of her son.

“Man I thought I loved you before but hell yes ✊?❤️,” one person posted.

“Exactly right. YOU CAN SUPPORT BOTH! NOT ALL COPS ARE BAD! STOP MAKING A DIVIDE! That’s the issue! DONT LABEL ALL AS BAD WHEN A SELECT FEW ARE THE PROBLEM!!!” another follower said.