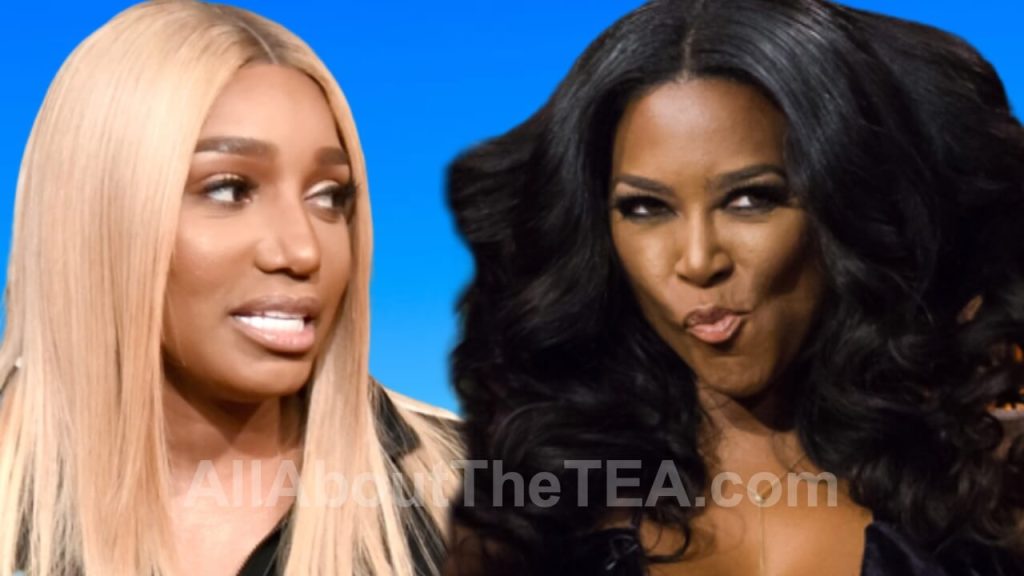 The Real Housewives of Atlanta star told US Weekly that she wasn’t surprised by reports alleging that NeNe was in a relationship with another man, while married to her husband, Gregg Leakes.

“So many of us [housewives] knew that she was out with this man constantly being affectionate, and we knew what she was doing on the side,” Kenya said.

Kenya Moore claimed that she rejected NeNe Leakes marriage advice, offered during the reunion series, because of her co-star’s relationship with Rodney White.

“For me it’s like if you’re so comfortable being out in public with someone and kissing them and being just inappropriate — you’re a married woman — so for me, there was nothing that she could tell me about a marriage, because your own behavior with your own husband is not something that I would want to emulate at any point in time during my marriage,” Kenya explained.

“It’s quite disturbing that especially during this time of so much pain that once again we have to deal with a disgruntled housewife trying to capitalize on NeNe’s name and personal life for the sake of publicity,” the statement read.

“Kenya stated herself that she and Nene have not been on speaking terms for almost two years now, so it makes no sense for her to speak with such familiarity about Nene’s personal life. And to drag her decades-long marriage, family and relationship through the mud on a consistent basis to insinuate anything about my client’s character is sad, confusing, and a despicable PR tactic that we have no interest in contributing to. We encourage Kenya to focus on her own marriage and we wish her well.”

A source told the outlet that NeNe Leakes and White’s alleged relationship is an “open secret.”

“It’s an open secret [that] Nene and Rodney spend time together,” the insider told Us in May.“ NeNe Leakes goes to visit him in Maryland.”

The source added that Nene’s relationship with the director was “absolutely romantic.”

Kenya Moore shared her thoughts about why she thinks the story wasn’t featured on RHOA.

“I think the people that know are her friends or her confidantes or her partners in crime and I don’t think that they just wanted to be the one to out them,” Kenya said. “But so many of them, including Housewives from other franchises, are aware of this man, of Rodney White.”

She added: “I’m just not sure if they just didn’t want to be the one to break the news on TV about it, but we certainly have had a lot of conversations about her and this man. They’ve been seeing each other for a very long time.”