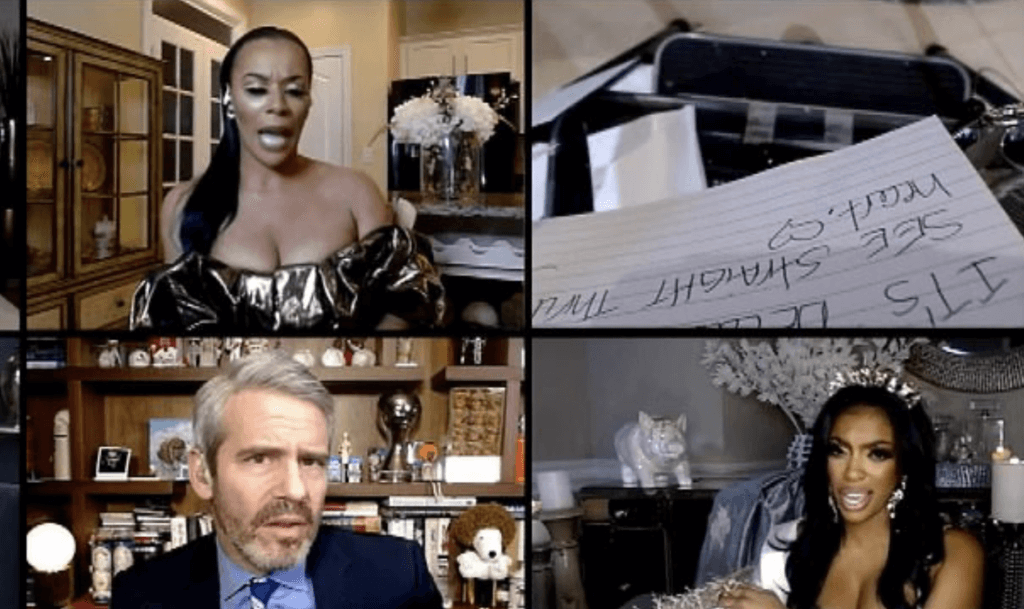 Welcome back to the third and final part of The Real Housewives of Atlanta virtual reunion. Buckle up. It’s about to get bumpy.

The Real Housewives of Atlanta virtual reunion picks back up with the ladies discussing NeNe Leakes’ abrupt departure. Andy Cohen works desperately to get NeNe back online but in the end falls short. But as the old saying goes- the show must go on. Andy presents the ladies with a montage of clips of Kenya Moore  doing her “best friend’ Cynthia Bailey all kinds of dirty. Kenya and Cynthia finally go head to head when Andy asks Cynthia about “her friend” ruining her surprise engagement. Cynthia admits she was disappointed in Kenya after watching the episode. “I think it was not Kenya’s place to say anything. Whether she was excited or not.” 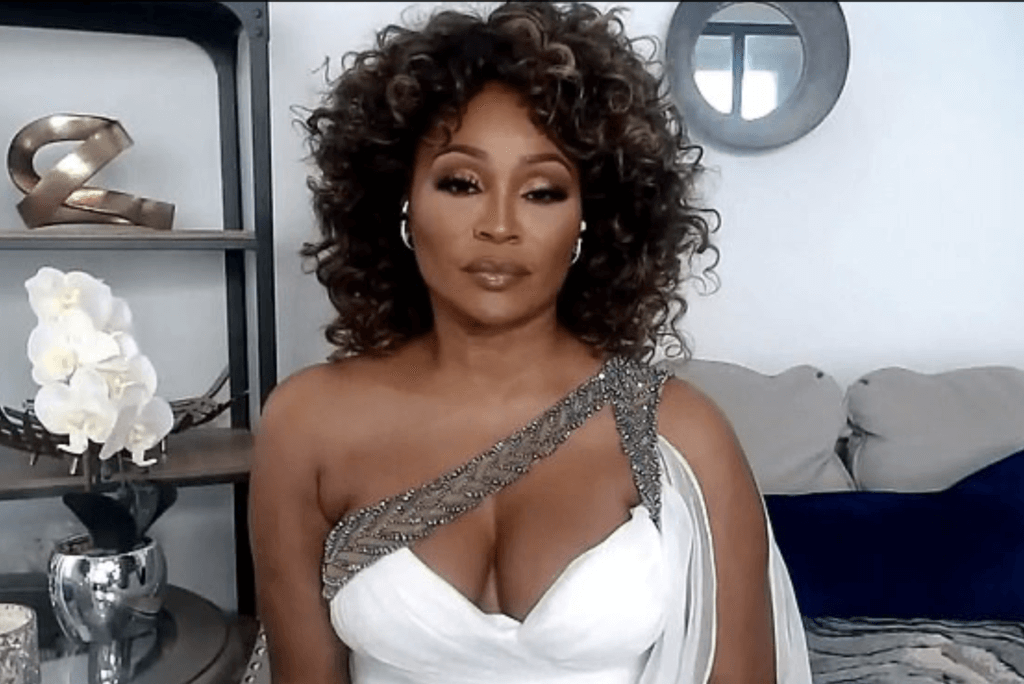 Andy then takes Kenya Moore to task for throwing Cynthia Bailey under the bus over the Cookie Lady drama. Kenya doubles down and says that while she was in the wrong for bringing the cookie lady around, Cynthia should’ve admitted that she was the one who invited her to Brooklyn’s birthday party first. Cynthia tries to talk her way out of it but Kandi Burruss pipes up and says that what Cynthia did was even worse than what Kenya did. Porsha Williams agrees and says, “there were two people with a loaded gun. One went off. But you still set it up the same.” And there you have it. Kenya and Cynthia really are as thick as thieves. 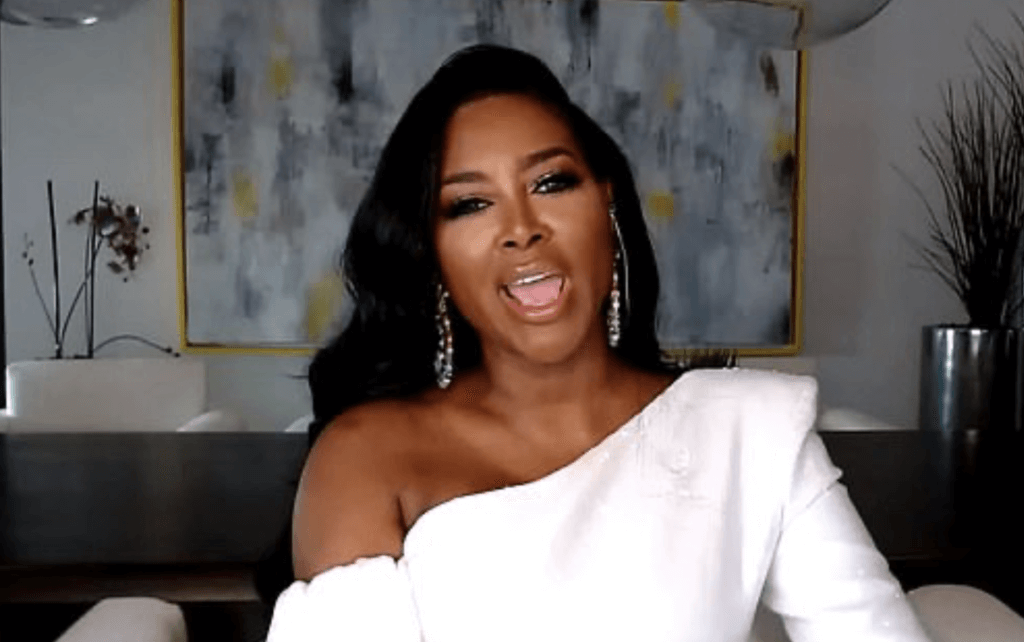 NeNe’s presence is noticeably absent when Andy asks if Cynthia believes she holds Kenya to a different standard. Cynthia is adamant that she does not. According to Cynthia the difference between Kenya and Nene is that when Kenya does something wrong she is the first to apologize for it. She adds, “Nene… not so much.”

Andy Cohen switches gears ever so slightly when he broaches the NeNe Leakes vs. Kenya Moore drama. When Andy asks Kenya what the core issue is between the two — Kenya says it stems from many years ago. “She’s never been a loyal friend to me. I think she was just befriending me just so she could have an ally on this platform. Andy quickly calls BS on that when he points out that even during their worst of times, NeNe always advocated for Kenya to be on the show. TAKE THAT, TWIRL.

When asked why she walked over and stood behind NeNe’s shoulder in an attempt to provoke her at Kandi’s baby shower, Kenya denies it and says she was simply trying to speak with Shamea Morton. Sure, Jan. Porsha calls her bluff, reminding her that she and Nene were in the midst of arguing as she made her way over to Shamea. Andy once again holds a mirror to Kenya’s face, reminding her of how she has a pattern of trying to provoke people. Kim Fields, Kim Zolciak Biermann, Porsha and Nene just to name a few. 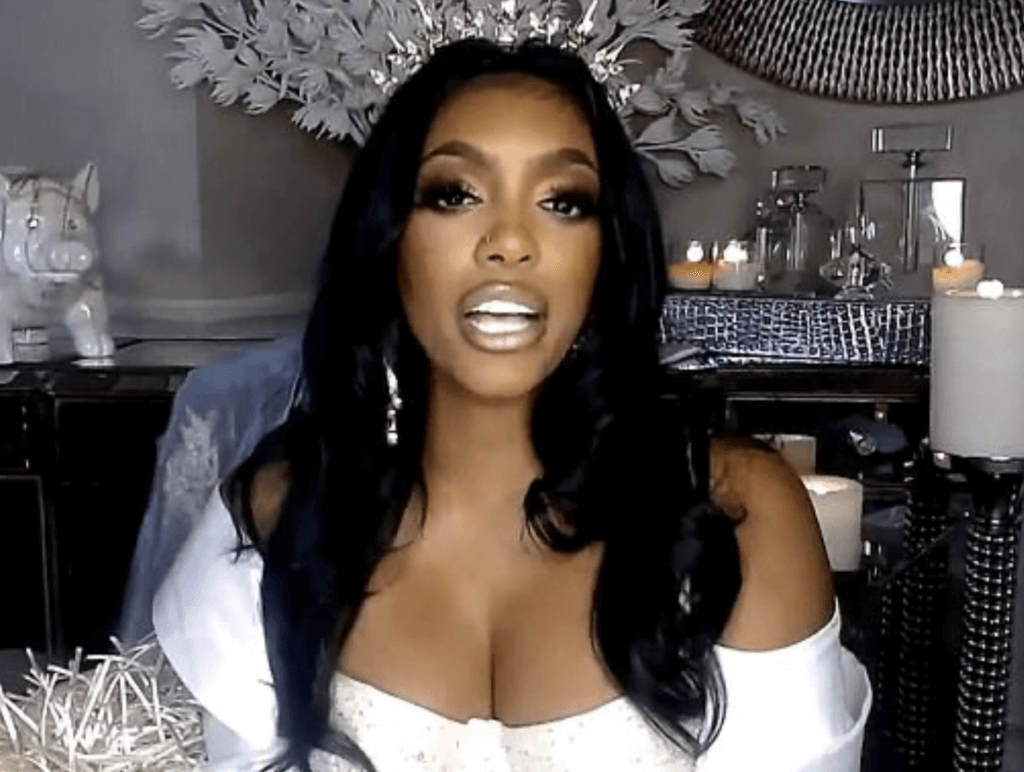 Eva Marcille pipes up in a desperate attempt to make herself relevant, citing that on this particular occasion Kenya was not provoking anyone. Meanwhile, Cynthia mindlessly nods her head in agreement. Porsha seems to have had enough of the dog and pony show and effectively shuts the Kenya campaign all the way down. “When you got up and you walked over it wasn’t for Shamea. It was so that you could provoke Nene,” she screams. Kenya then accuses Porsha of being bitter but Porsha quickly corrects her-Not bitter, BETTER. 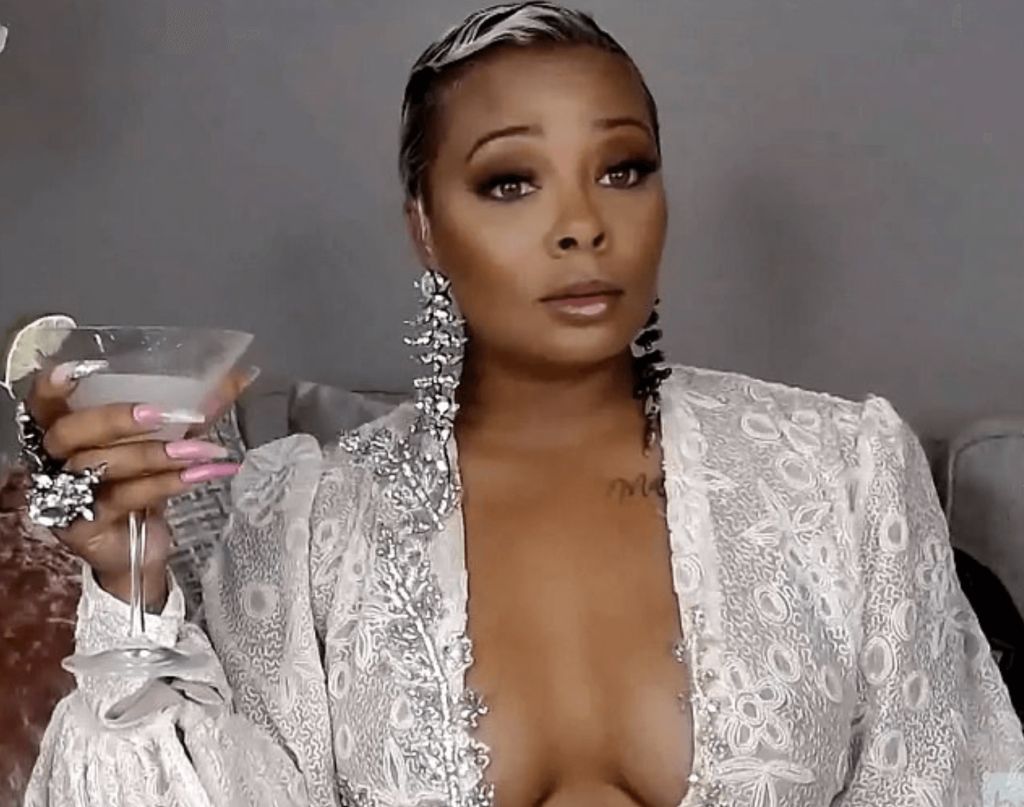 In the midst of the argument baby Ben makes his grand debut right into his daddy’s lap. The ladies immediately quit arguing and start oohing and awwing at the little tyke’s presence. Andy, take note. You might want to bring him along to all of the reunions from here on out.

Unfortunately, Andy Cohen saved the real surprise guest for last… cue THAT B**** YOVANNA. All of the ladies seem shocked when Yovanna Momplaisir virtually enters the reunion. According to Yovanna, she has been receiving threatening text messages, harassing phone calls AND a cease and desist letter from Nene’s attorney. In an interesting turn of events, however, we learn that Yovanna has sought counsel from none other than Eva Marcille’s husband, Michael Sterling. Why am I not surprised?

Yovanna Momplaisir alludes to the fact that NeNe is now nervous that Yovanna will release the audio she has on her. “I’ve never recorded Nene but clearly she’s afraid of the truth coming out today,” she says. When pressed on what “the truth” is Yovanna says she is here to clear her name and says that she allowed her loyalty to go a little too far. Yovanna goes on to explain that she believes that NeNe used her as an opportunity to get dirt on the other women. Tanya Sam interrupts, “so you’re a snitch?” DING DING DING TANYA. 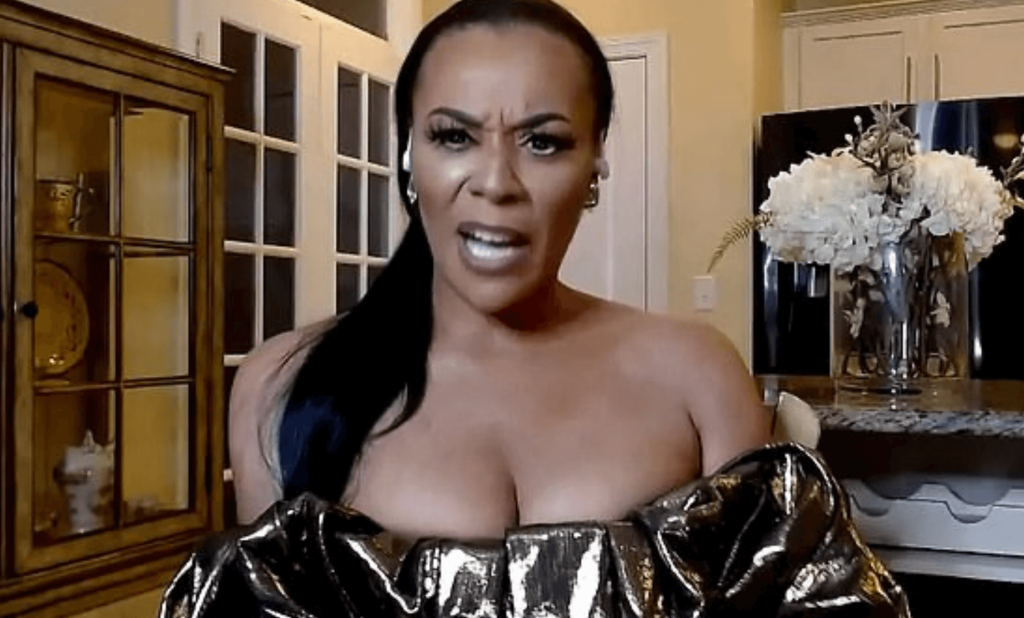 Eventually Yovanna  breaks down and claims that NeNe asked her to record conversations with not only Cynthia but all of the ladies. And in an effort to appease NeNe, she lied and told her that she did. Tanya compares Yovanna to the little boy who cried wolf and asks why they should suddenly believe her now. Andy cuts to the chase when he comes out and straight-up asks Yovanna, “how do we know you’re telling the truth?” Yovanna claims she has receipts but never actually produces them. Hmm… imagine that. 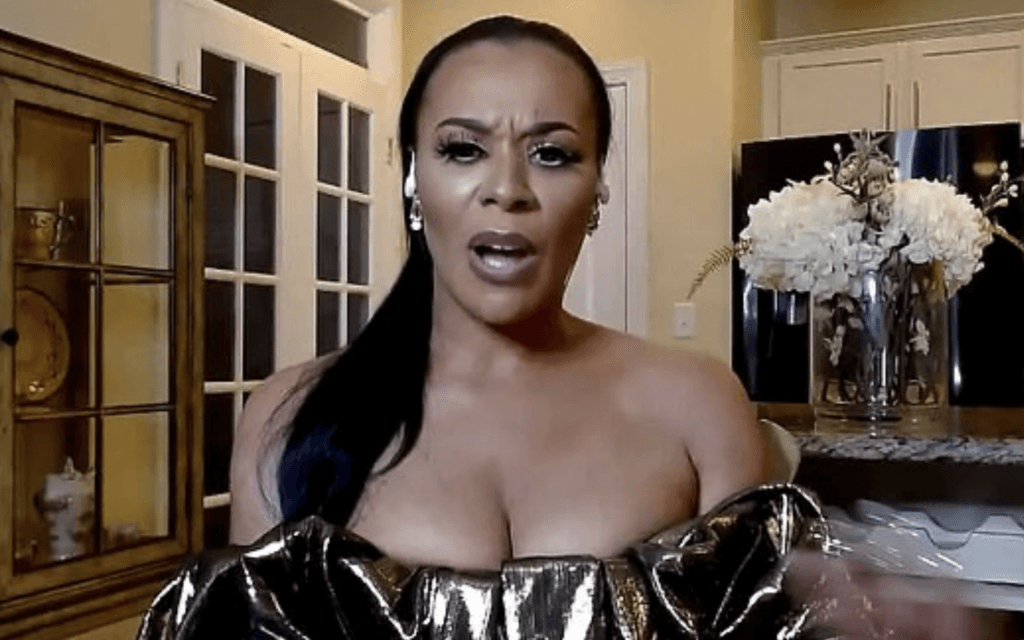 Yovanna Momplaisir’s revelation leaves Kandi feeling betrayed. She then accuses Yovanna of being the snake for only befriending them so she could go back and deliver information to NeNe. Yovanna starts shouting in Spanish and demanding that Kandi let her talk. She then digs her grave even deeper when she tries to explain that when she initially met them it was genuine. She maintains that it wasn’t until much later when NeNe asked her to do her dirty work to which Kandi replies, “THAT’S EVEN WORSE.” Yikes. This woman is M-E-S-S-Y. 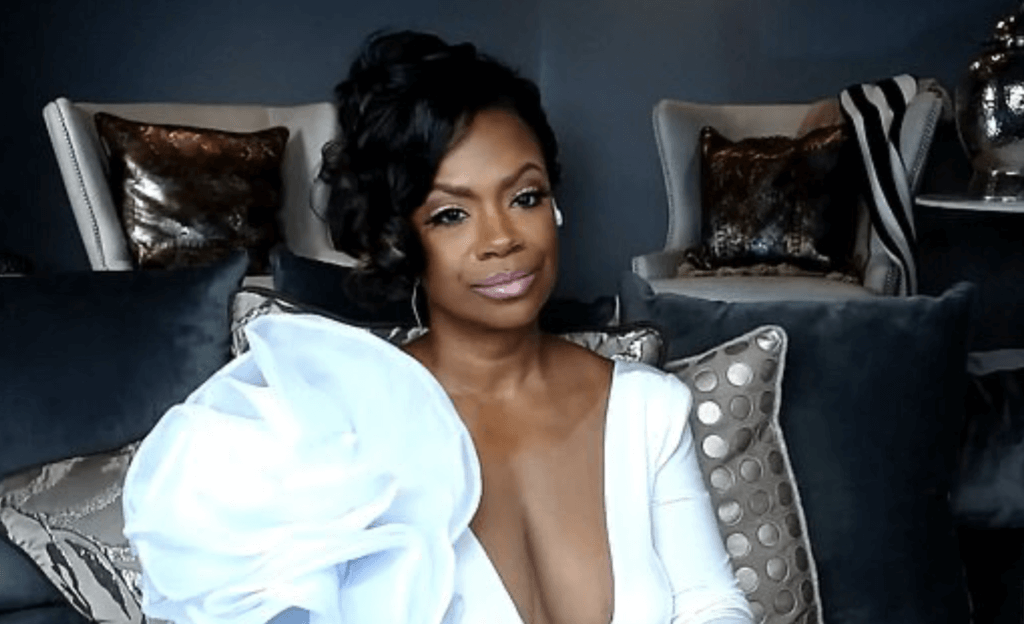 Porsha Williams then receives a phone call from NeNe asking to put her on speakerphone. Andy tells Porsha it’s stupid for her to be speaking over the phone when she has a laptop ready to go. NeNe, however, refuses to come back to the reunion. She vows to place her own receipts regarding “Snakegate” in Porsha’s mailbox. BLOOP.

Andy dismisses That B**** from the reunion and is ready to wrap things up but Eva interrupts and asks if she can apologize to Marlo Hampton for blaming “Snakegate” on her. “I was wrong and I do apologize,” she says. Marlo accepts the apology and it appears the beef may be squashed between them once and for all. Or until next season, that is. 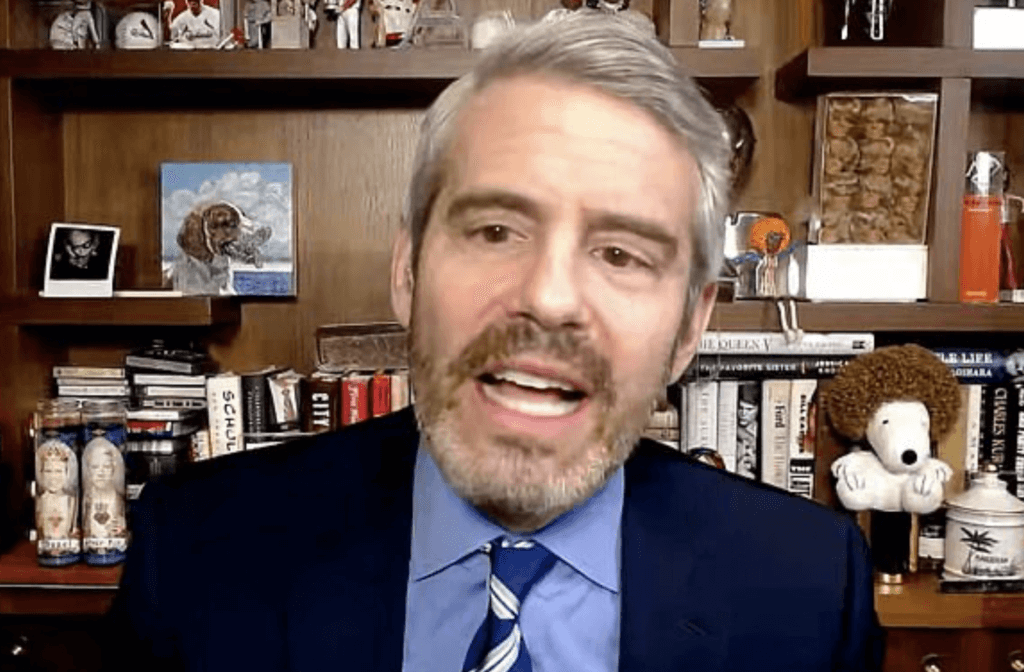 WHEW. Now that was a doozie! Big props to all of our favorite Georgia Peaches for being the trailblazers of the first-ever virtual reunion while also still managing to bring all of the shade and mess our hearts can hold. XOXO.