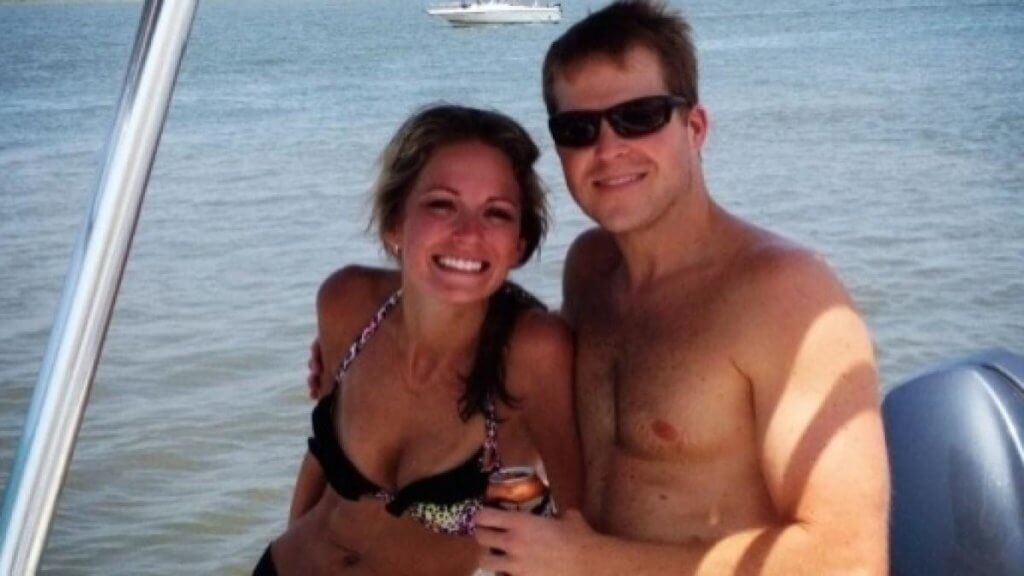 Cameran Eubanks has responded to AllAboutTheTEA.com’s report revealing she quit Southern Charm to dodge the exposure of her husband’s alleged affair.

As reported, an investigation uncovered that Dr. Jason Wimberly has been having an affair with a Charleston-based makeup artist. The covert romance has been going on for the past two years.

A source reported, Dr. Jason Wimberly  and his paramour have been on many romantic getaways, and that the doctor is “in love.”

Cameran Eubanks, 36, addressed her exit from the show and indirectly responded to the report, on social media.

“I was going to make a kind statement about why I decided to leave the show tomorrow,” Cameran wrote on Instagram on Wednesday, May 13. “However, it has come to my attention that insidious rumors are now spreading and fake articles are being written…some of which pertain to my marriage.”

Cameran Eubanks noted that the “upsetting” rumors didn’t surprise her “as this is what reality television has come to nowadays” and was a “large reason” she kept her marriage “off the air.”

“You must protect what is sacred to you,” the reality star continued. “Some things aren’t work a big paycheck. What upsets me the most is that my husband, who is the most sincere and faithful human I know is falsely dragged into this. It disgusts me.”

“He always supported me filming the show even though he wanted no part of the spotlight. I can’t get too upset though because this is what you sign up for when you put your life on reality TV…and why I’m getting out of it now.”

“Please disregard any fabricated rumor. It’s a ploy to ratings and that’s it. Now I absolutely know I was smart to leave the party early. My gut has never failed me.” 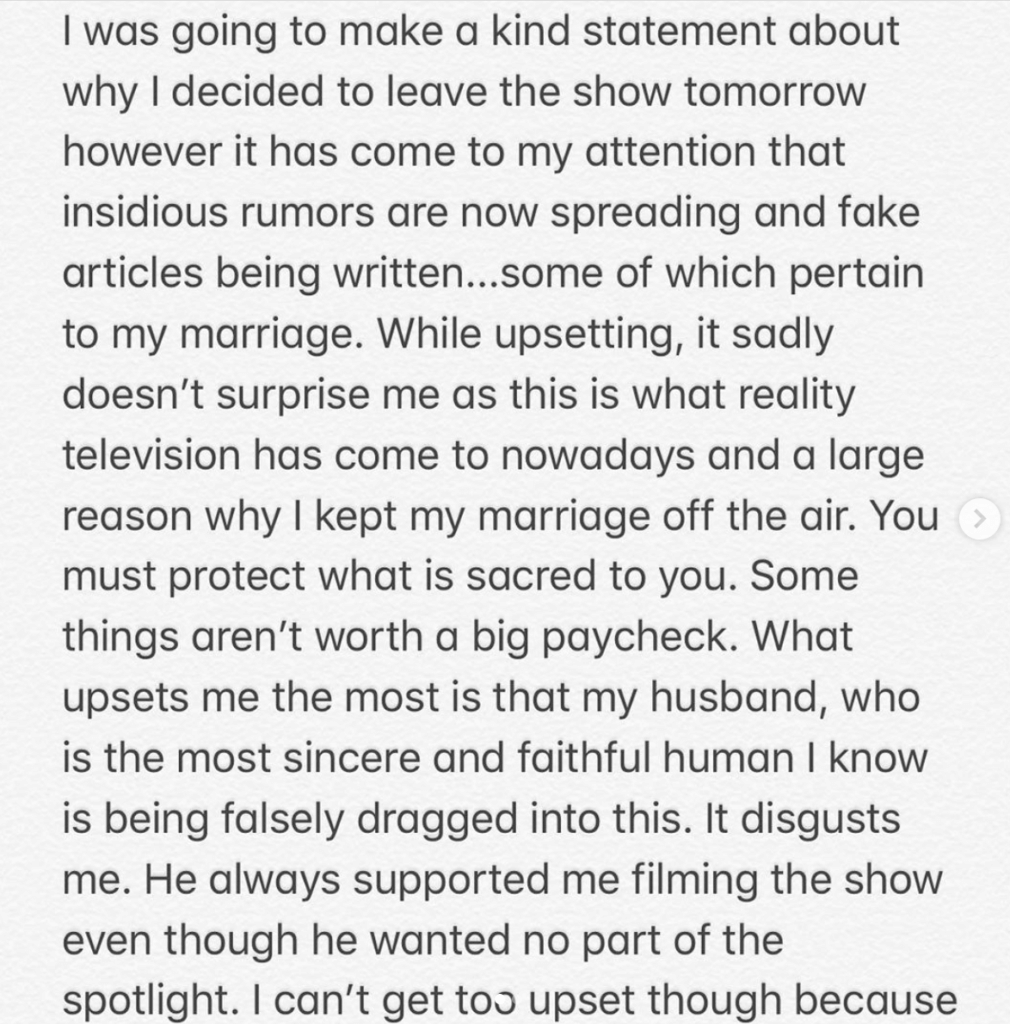 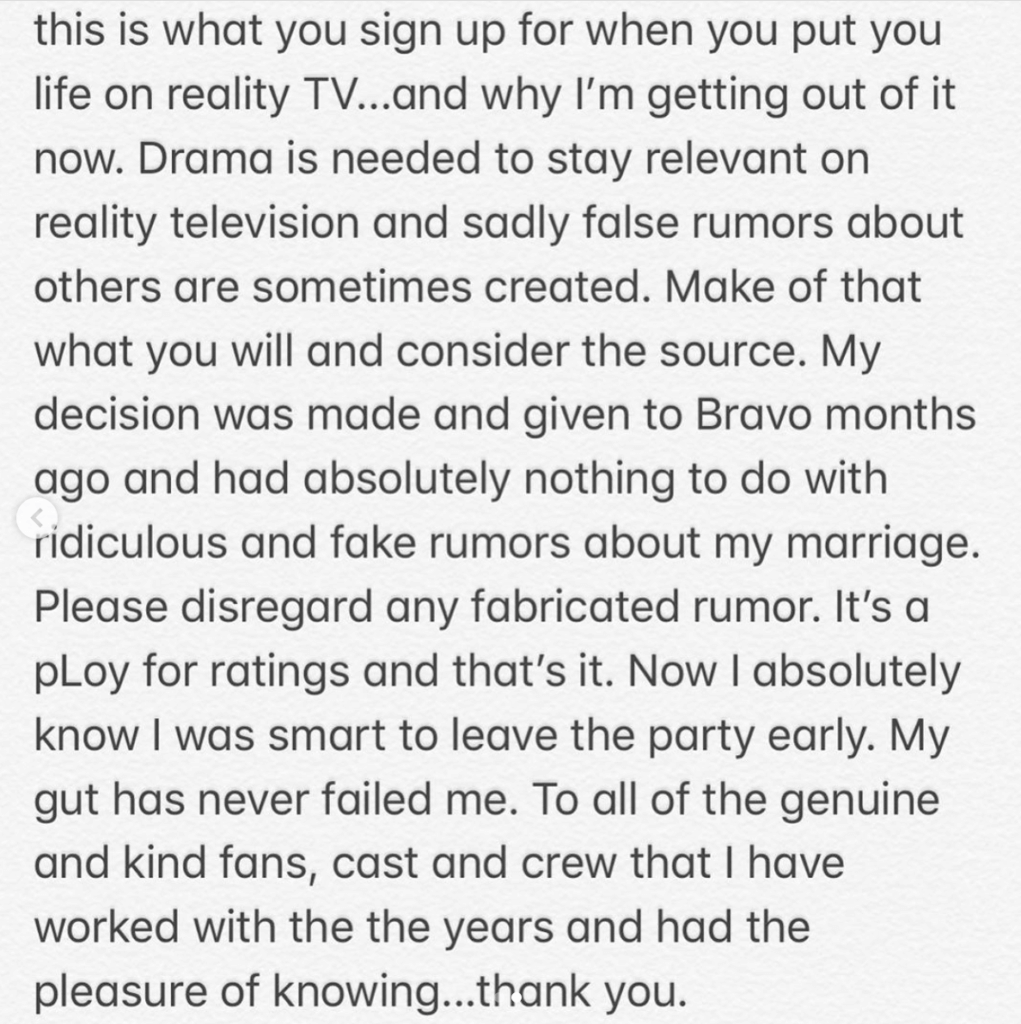 Cameran Eubanks claimed that her decision “was made and given to Bravo months ago and had absolutely nothing to do with ridiculous and fake rumors” about her marriage. Cameran and Jason wed in 2014, and share a two-year-old daughter.

Cameran reportedly flipped out when she discovered that producers were plotting to include Jason’s affair in Season 7. She also learned that her costar and friend, Kathryn Dennis, filmed a few scenes back in January, exposing the affair on camera.

“Cameran was devastated when she found out that the show was planning to do this. She knows about the other woman but was handling it privately, off camera,” the insider reported.

Southern Charm halted filming in April due to the coronavirus pandemic. The show’s return date has not been announced.