Heavenly Kimes clashed with M2M rookie, Dr. Kendra Segura, after learning that the newbie’s husband was Chinese. When Toya Bush-Harris referenced a surgery designed to enhance a male’s “manhood,” Heavenly asked Kendra if her husband needed the procedure. Kendra was understandably furious, and a heated exchange went down. 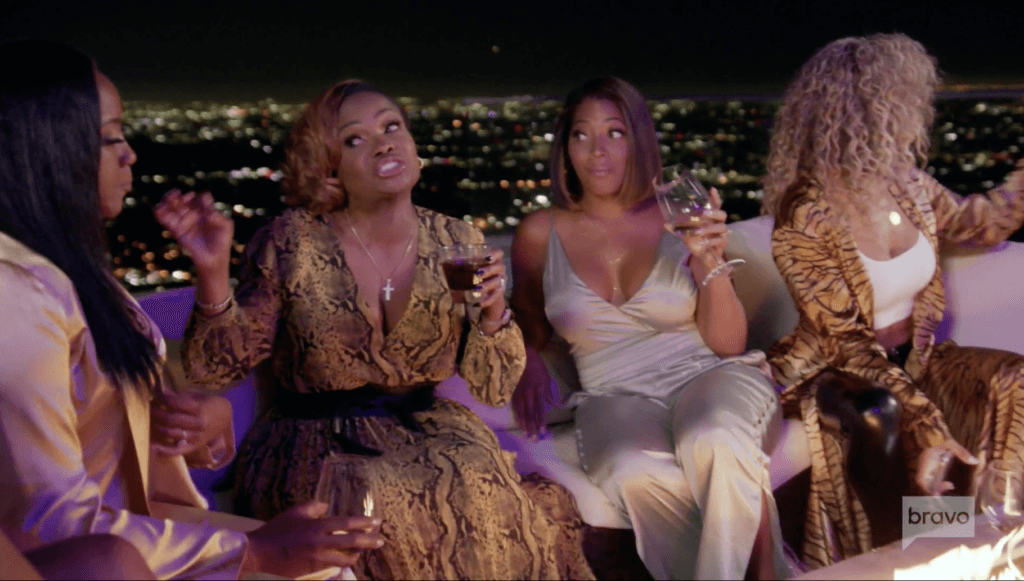 Heavenly Kimes was dragged on social media, as the episode aired.

She responded to the backlash on Twitter, apologizing to Kendra Segura, after walking back her comment on the show.

Heavenly Kimes denied that she would have reacted in the same way, if anyone had suggested the same about her hubby. 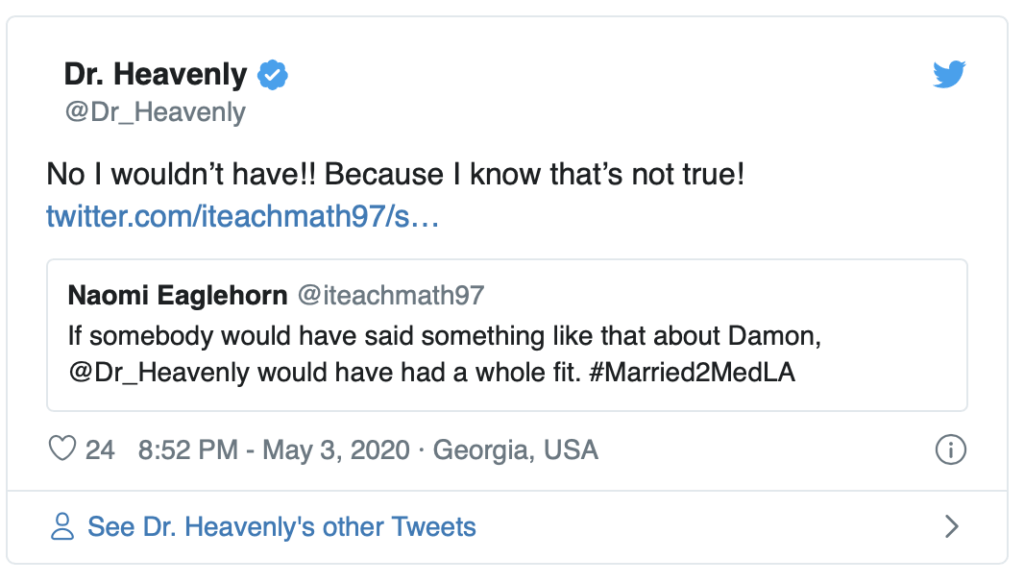 Married to Medicine LA airs on Sunday nights, at 9 pm, ET, on Bravo.