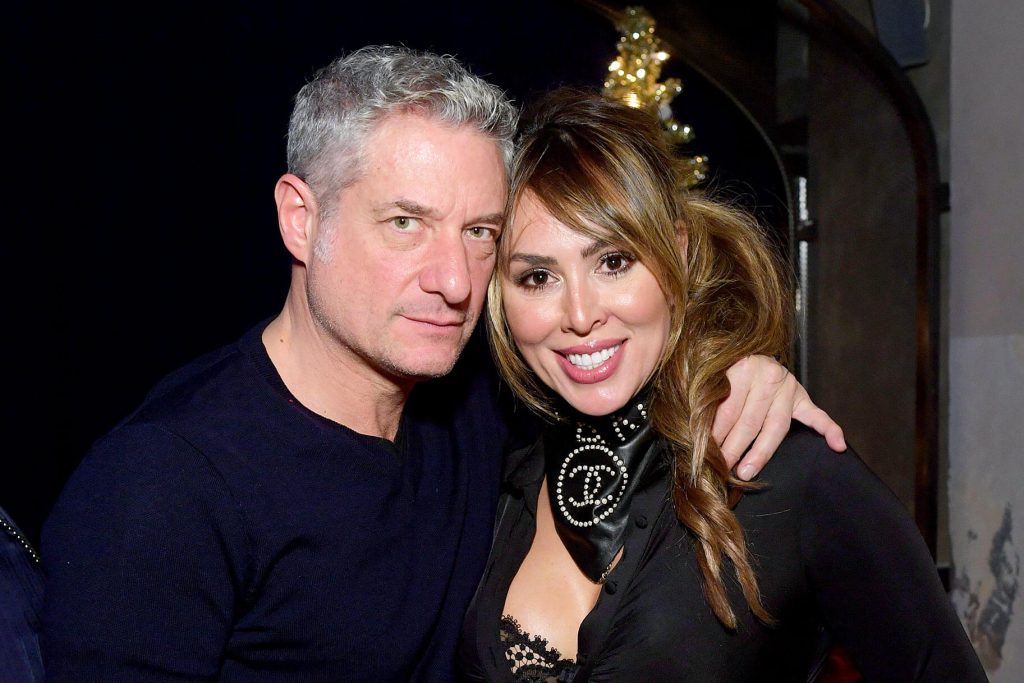 The Real Housewives of Orange County star made a background appearance while her fiance, Rick Leventhal reported live on Fox News — seemingly angry at someone out of frame.

Press play below to watch:

Kelly Dodd fired off some questionable hand gestures in the footage — distracting viewers, and prompting Instagram fans to swap giggles over the “hot mess” reality star.

Real Housewives of New York vet, Ramona Singer, introduced Kelly, 44, and Leventhal, 60, in the summer of 2019. They became engaged on November, after a whirlwind romance.

READ ALSO: Dr. Brian Reagan Broke Up With Kelly Dodd Because She Beat Him Up & Cheated With Fox News Reporter Rick Leventhal (EXCLUSIVE)

Kelly Dodd recently buried a made-for-TV hatchet with co-star, Shannon Beador, before their filming season screeched to a halt, due to the Covid-19 shutdown.

Shannon Beador and her beau, John Jannsen, stepped out on a double date with Kelly and Leventhal, on March 14. A posted photo of the foursome triggered RHOC alums, Vicki Gunvalson and Tamra Judge to unfollow Shannon on social media.

Production on season 15 of The Real Housewives of Orange County has been halted due to the global pandemic.