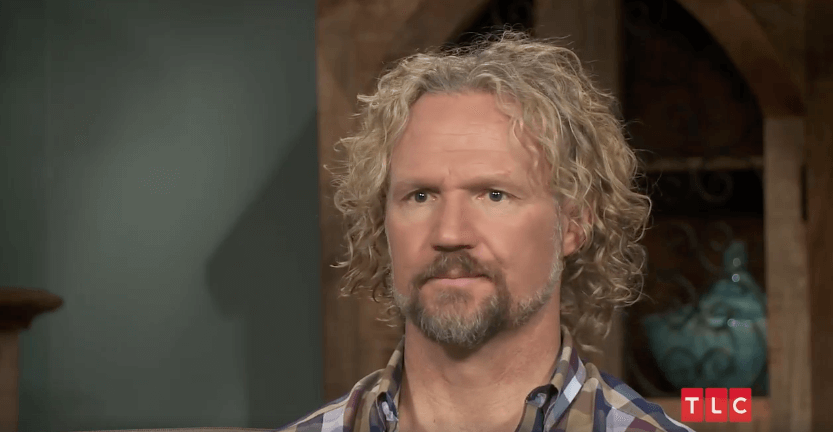 Kody Brown remained Twitter silent when Sister Wives featured the polygamous patriarch bashing one of his marriages — but chatted up a storm during Sunday night’s season finale. Kody Brown shared his final thoughts on how the season went down — after being thrashed on social media for months.

READ ALSO: Robyn Brown Screams at Kody For Scaring Her Kids Over Their Move Drama: ‘Don’t Freak Out My Kids!’

Fans know that the finale focused on Kody Brown’s daughter, Maddie Brown Brush’s labor and delivery story, and the birth of baby Evie.

One viewer blasted the family’s relocation storyline — and while Kody assured followers that the narrative was not “scripted,” he hinted that he had been “manipulated.” 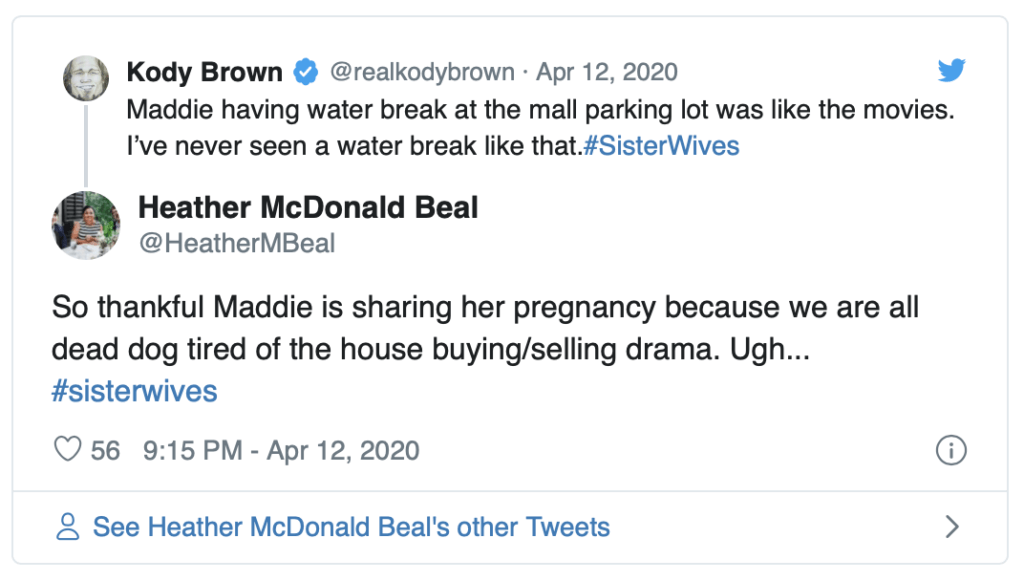 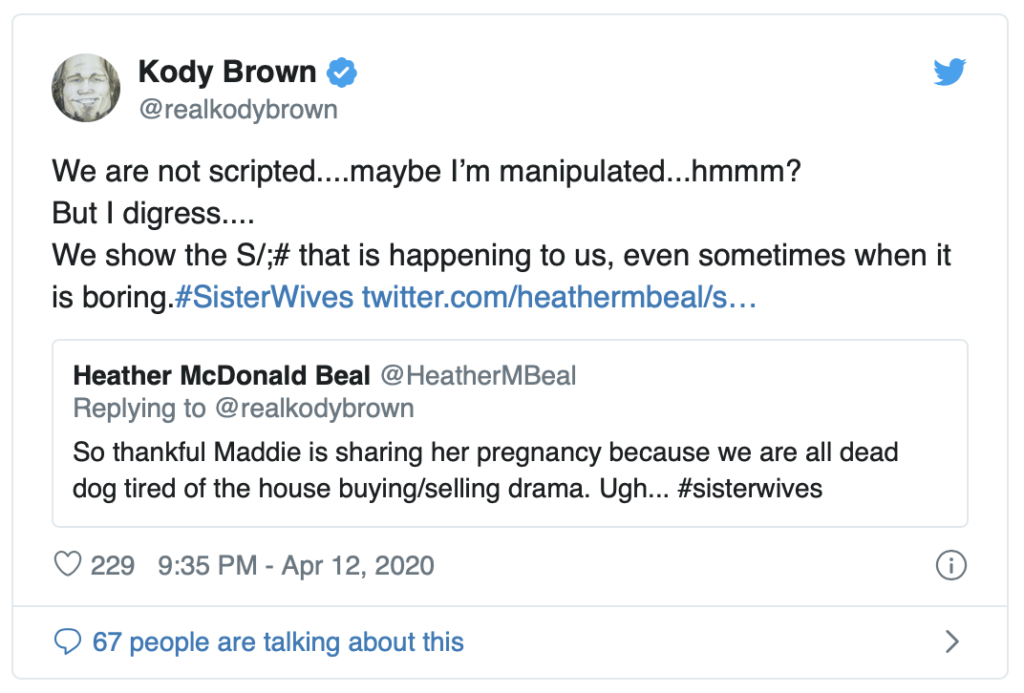 Did Kody Brown imply that he had been manipulated by his four wives? Editors?

Viewers watched the Brown family manage multiple moves after relocating to Flagstaff, Arizona, the address drama only briefly interrupted by Kody slamming his once legal wife, Meri Brown, in their therapist’s office. Kody also pushed a plan to move the polygamous clan into one palatial house — but the idea was immediately shot down.

Kody Brown has been skewered by vocal fans since the season began — and now admits that he may have taken a few missteps.

“Hindsight is always a game changer. There are so many things I would have done differently. Yet, here we are doing the best we can with the information we have,” Kody wrote.

Do you think that TLC or the Sister Wives “manipulated” Kody Brown into submission?