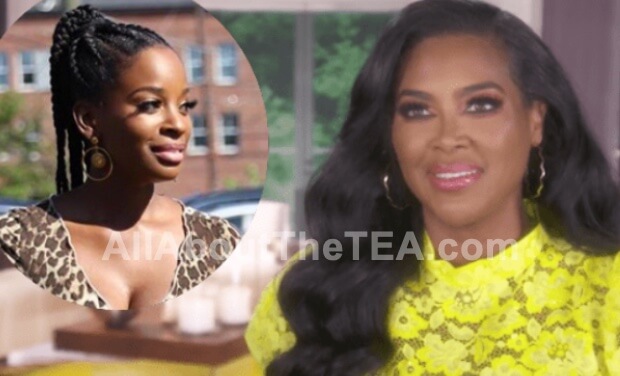 Kenya Moore exposed just how she operates on Sunday’s episode of the Real Housewives of Atlanta — but Porsha Williams knows the score.

On Sunday’s episode, Porsha Williams hosted the cast at a March of Dimes charity event — an opportunity for the ladies to bond as mothers. Kenya casually mentioned that Shamea Morton, a close friend of Porsha’s, communicated with her after her water broke — alerting her that she was delivery bound.

“I remember you [Shamea] texted me, and you were like ‘I think my water broke’ and I said, ‘Do you need me to come to the hospital?’ …I don’t know where Porsha was…I think Porsha was doing something else…working that day,” Kenya said to Shamea and the group, during the charity event.

In a preview clip of Sunday’s finale episode, Porsha exposes Kenya’s story as a lie, during an exchange with NeNe Leakes.

Porsha Williams explains that she questioned why Shamea would connect with Kenya at such a pivotal moment — before confirming that Kenya’s anecdote  was a whopper.

“Later on, Shamea walked up to me, pissed. She said ‘I did not call that girl when my water broke,’” Porsha tells NeNe.

Kenya Moore was busted in a lie — and fans are busting Kenya on social media,  for trying to malign Porsha’s relationship with Shamea.

Watch the season finale of The Real Housewives of Atlanta, Sunday night at 8 pm, ET, on Bravo.