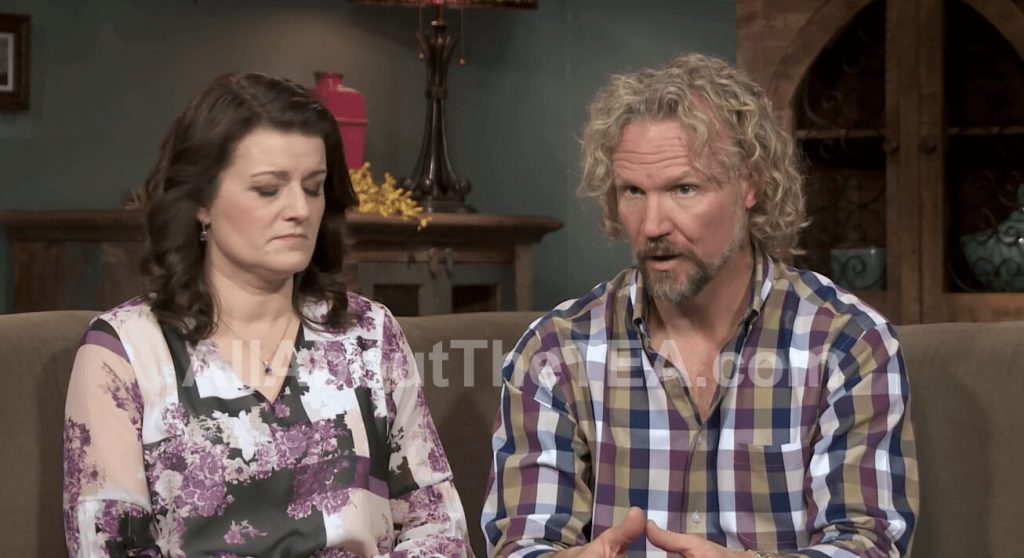 The Sister Wives clan’s relocation rollercoaster took another dive Sunday night — and while the drama went down several months ago, Kody Brown sounded off on Twitter, as the episode aired.

Kody Brown responded to commentary shared by his wives — and even got testy with top wife, Robyn Brown.

Meri Brown tweeted about the frustrations of the family’s multiple moves — only to be sharply corrected by her distant “spiritual” husband. 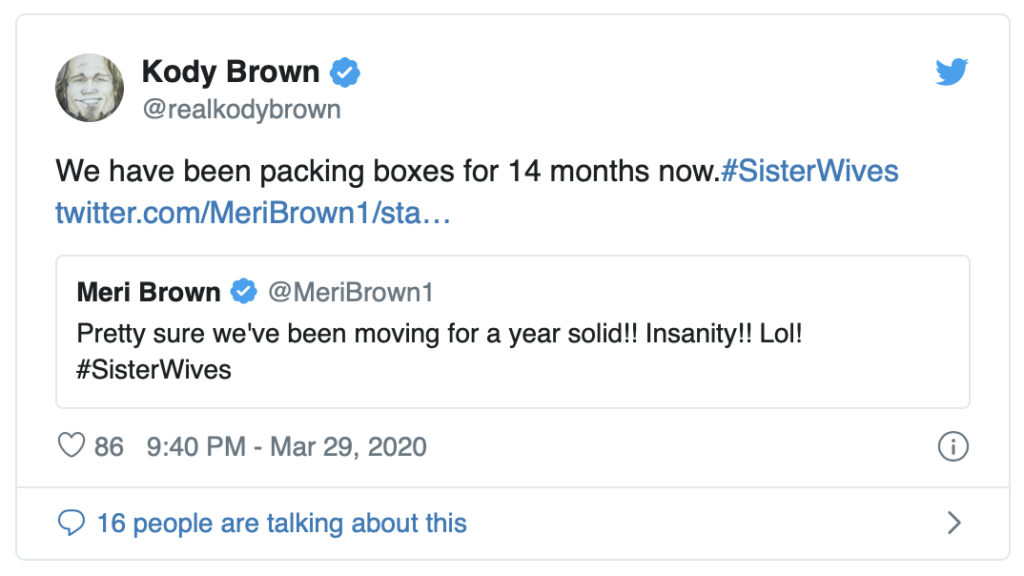 Kody laughed along with Janelle Brown’s dull air travel anecdote, but snapped at Robyn, after he watched her weigh in on their freshly purchased $900k Flagstaff home.

My job is to keep a roof over our heads. I’m taking care of our kids.

I am not unreasonable!” Kody wrote.

Kody Brown later retweeted some choice snark posted by Robyn — throwing her a cosign, after throwing her under the bus.