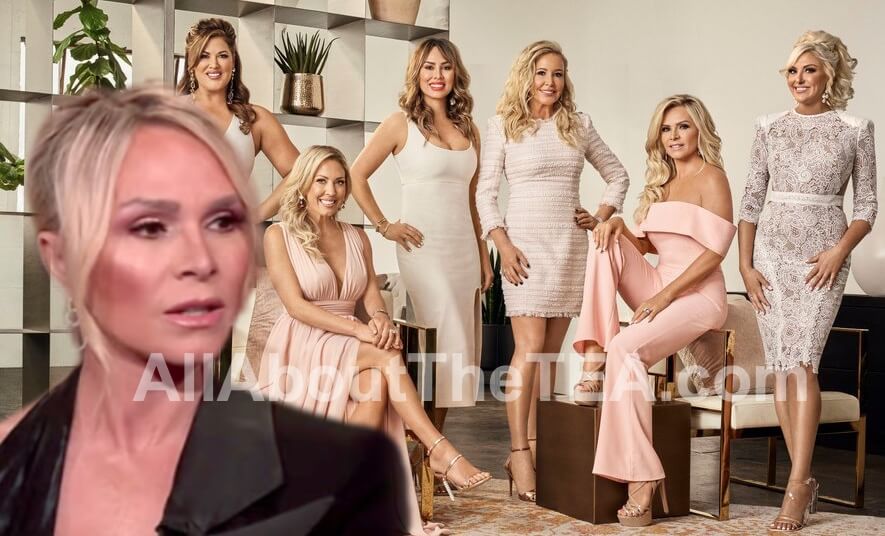 Tamra Judge joined Vicki Gunvalson on her new podcast, “Whoop It Up with Vicki” last week, and the duo talked money and all things Real Housewives of Orange County.

Tamra Judge, 52, and Vicki Gunvalson, 57, announced that they would not return to the series earlier this year, but both confessed on the broadcast that the adjustment had not been easy.

Tamra Judge spoke about the family crisis that influenced her decision to turn down a part time spot, on Thursday’s broadcast.

“You can f**k off,” Tamra Judge said that she told producers when she was offered a “limited role.”

Real Housewives of Orange County fans know that Tamra’s ex-husband, Simon Barney, has been battling throat cancer, and that the family has rallied together in support.

Tamra Judge and Vicki Gunvalson walked down memory lane — and revealed how much they were paid in the early days — before some Housewives salaries ballooned to seven figures.

“You know how much I made my first year? Seven thousand dollars,” Tamra said. “My second year, fifty thousand.”

Vicki Gunvalson revealed that she was paid nothing for Season 1, and five thousand for Season 2.

Tamra noted that there are “cast members who don’t pay their taxes…across franchises.”

Tamra shared about a personal disappointment, in the wake of Simon’s upsetting disclosure.

“You know what really, really, really hurt me…is when Simon gave his interview to People magazine about his cancer and how severe it was, not one person from production reached out to me,” Tamra revealed.

Tamra Judge added that she had worked with several production pros for twelve years — but that no one offered any concern or support for her or her family. Vicki  remarked that they were viewed as a “commodity” by Bravo — and that their “shelf life was over.”

Comments
Shannon Beador’s Boyfriend Gushes Over Her In Loving Message On Her Birthday: ‘You Are An amazing Woman’
Briana Culberson On “14-Day Quarantine” With Coronavirus Symptoms — Get Details Here!
To Top