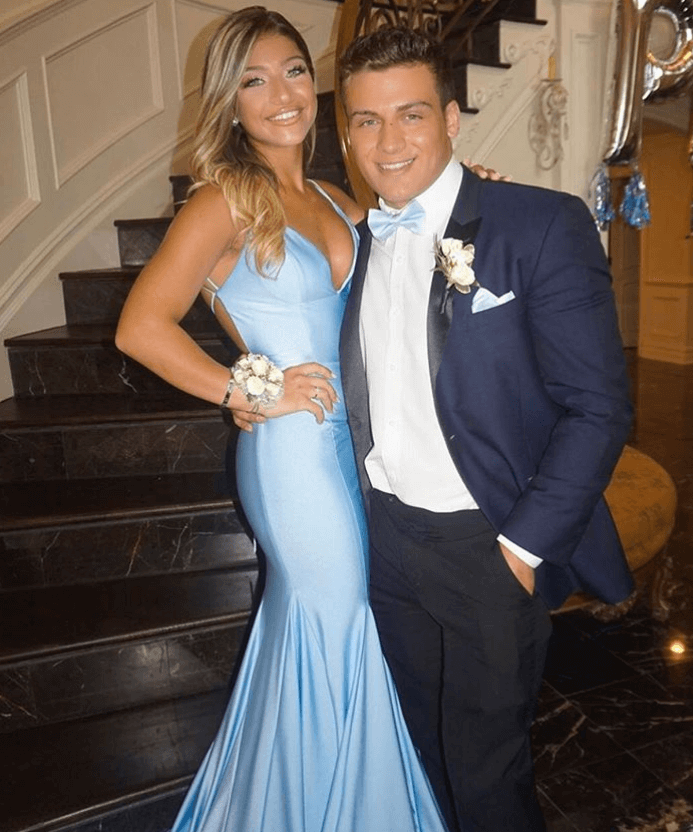 Gia Giudice’s  got a new man but Frankie Catania is not giving up hope.

As Real Housewives of New Jersey fans know, Frankie Catania, 21, took Gia Giudice, 19, to her high school prom in May 2019 and rumors of youngsters dating spread like wildfire. However, both denied they were in a relationship.

But now, Frankie Catania is speaking out and says Gia is dating someone and where they stand today.

Frankie Catania and Gia looked like the perfect couple as they posed for prom photos and videos that were then posted to social media.

“I’m not mad at all. As long as she is happy and he treats her right, I am happy for her,” Frankie Catania told Page Six .

The aspiring actor and model remains optimistic about a potential future with Teresa Giudice’s daughter.

“At the end of the day, she’s my friend, and if something was to happen in the future with us — time will tell.”

Frankie Catania is currently a student at Sacred Heart University in Fairfield Connecticut. While, Gia is a freshmen at Rutgers University in New Brunswick, New Jersey.

Frankie Catania is the son of Real Housewives of New Jersey stars, Dolores and Frank Catania.

Do you see Gia Giudice and Frankie Catania as a couple or are they too young to date? Sound off below!