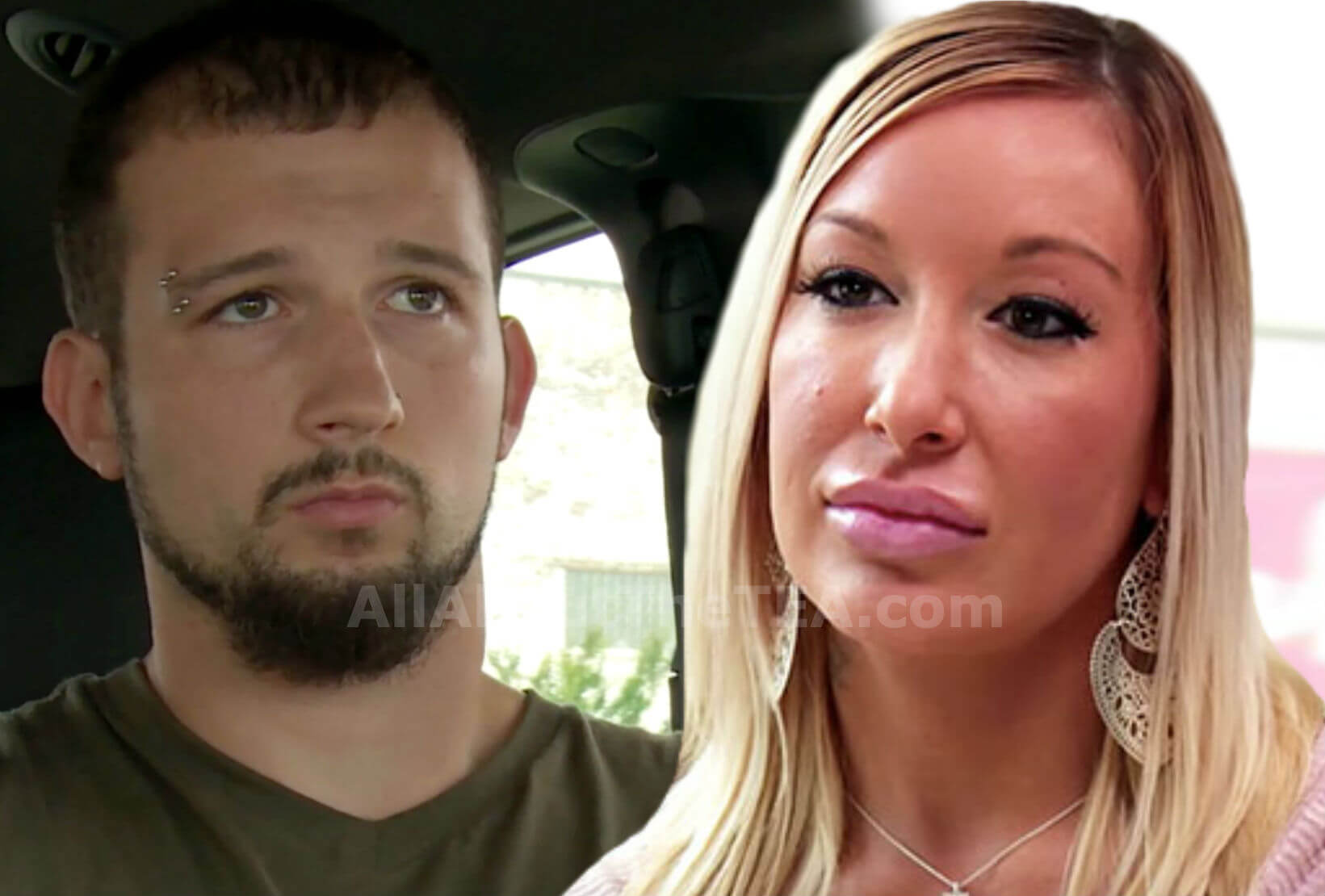 Welcome back to an all-new episode of Life After Lockup!

This week’s episode kicks off with Angela and Tony meeting with their wedding planners to discuss the details of their beach nuptials. While discussing the logistics Tony surprises Angela with a new piece of information stating that he WILL be having a Best Man to stand beside him on their special day. Who you might ask? A gentleman by the name of Andre that he met while in prison. Um, what? Tony has friends?

Angela is blindsided, especially since she knew nothing about this Andre character. She voices her concerns about him having a friend from prison but he tells her she has nothing to worry about. She presses further about what he went to prison for only to find out from Tony that he went for selling drugs.

Angela points out that with Tony’s history of addiction he and Andre make the perfect couple. Why don’t they just ride off into prison together?

Tony pleads for Angela to allow him to have someone stand up for him on their wedding day and Angela eventually gives in but makes it clear that Tony is to have nothing to do with Andre once the wedding is over.

But later Tony vows that no matter what Angela says Andre is throwing him a bachelor party. Take that ANGIE!

It’s finally the night of the bachelor party and the infamous Andre has prepared a celebration at a cheap local strip joint. Classy. The weirdest part: Angela has sent Tommy there, probably in an effort to keep eyes on him.

The night gets even weirder when Andre threatens to “crush” Tommy if he tries to get in the way of Tony and Angela’s wedding day. Yikes.

Luckily poor Tommy is saved just in the nick of time when strippers dressed in police uniforms complete with handcuffs come over and pull Tony away stating they have an “arrest warrant.” VOMIT.

While Tony is having fun with the D-list strippers, Tommy pulls out his phone and starts taking footage of it and sending it directly to Angela. Of course Angela, in a fit of rage, races straight over to the strip joint and proceeds to yank Tony right out of the club.

Cut to Lacey riding shotgun with the man who is not her husband, John. According to Lacey, she is re-evaluating her marriage to Shane since finding out that he cheated on her. She claims that she has not been intimate with John yet, vowing to break things off with Shane before she does. How noble of her…

The two lovebirds get into a tiff when John grabs Lacey’s phone. Lacey snatches it back but is adamant that she’s not been texting with Shane.

John urges Lacey that she needs to kick Shane out of her house but she claims that she’s just trying to keep the peace until she can figure out what to do next. John accuses her of just stringing them both along. DING DING DING.

Lacey finally comes home and finds Shane chilling in her bed while playing video games. She finally unloads on him calling him phony and demands that he GTFO. When he refuses to leave, she calls for backup aka self-appointed “Big Daddy” John. Maybe Shane’s the one who ends up get crushed…

Clint finally gets in the house but Tracie has clothes in hand and plans to run away… yet again.

Clint finally puts his foot down and tells her he wants a wife who makes him her top priority. Tracie’s solution is that he “get a new wife.”

Clint loses his s*** and starts punching his own face in a fit of rage before dialing his Mama up on the phone and repeatedly asking Tracie “are you going to go to rehab or not??”

Clint finally gets his Mama on the phone and she pleads that he just stop fighting with Tracie reminding him that she only cares about the drugs. Tracie agrees.

The fight does eventually die down but rears its ugly head yet again when Tracie asks where the sonogram picture of “her baby” is. Clint says he didn’t throw it away but can’t resist adding, “you’re actually the one that threw it away.” OUCH.

Tracie later admits that she did have an abortion and after that is when she fell heavily into meth. Clint agrees that the abortion has done irreparable damage to their relationship and that they blame each other for it.

In a shocking turn of events, Tracie decides that she will go to rehab and as far as Clint is concerned all is forgiven once again. At least for now anyway…

Brittany, while still reeling from Marcelino’s lies, meets her ex-girlfriend, Amanda, whom she shares “a special prison bond” with on the side of the highway overlooking their old prison. According to Brittany, Amanda always has her best interests at heart, no matter the situation.

Brittany recounts the blowup she had with Marcelino. She also admits that she has serious issues with Marcelino’s gambling because her father was a gambling addict.

Amanda advises Brittany to check their bank accounts and find out what is really going on with Marcelino’s gambling and their finances. Brittany vows that she won’t just sit back and let Marcelino do whatever he wants stating she has zero qualms about leaving him.

Brittany finally comes back home and Marcelino asks if she’s back for round two. Marcelino seems to have an epiphany and realizes that by lying to Brittany he is jeopardizing their relationship and the life he has with her and the kids.

Back at the hotel parking lot brawl, skinny Michael is trying to hold back Maria from beating the brakes off of Sarah while screaming for her to go inside.

Things go from bad to worse when the hotel manager comes outside screaming at Michael that they are disturbing his guests. Michael bucks up at the manager and starts screaming in his face.

Michael goes off the rails running through the parking lot screaming and shouting. Sarah pleads with Michael to get in her car and leave before the cops come but instead he chooses to get in a van with Maria instead. So much for the tryst they shared just the evening prior…

Will John and Shane go toe-to-toe? Will Angela go through with the wedding? Tune into Life After Lockup next week to find out!