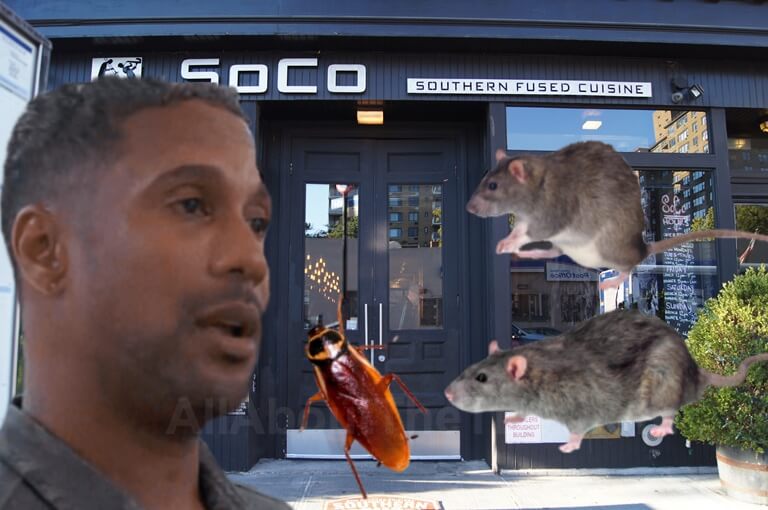 Caught in a lie! Marc Daly insists his Brooklyn restaurant SoCo is being slandered as a “black owned business” after reports of health code violations surfaced this week. However, AllAboutTheTEA.com has obtained definitive proof from the New York City Health Department that proves Marc Daly is a boldface liar.

Marc Daly took to Instagram this week to respond to numerous reports exposing his restaurant, Soco, had been cited for not being adequately vermin-proof and evidence of mice in the kitchen. The official “sanitary violations” included “Wiping cloths soiled or not stored in sanitizing solution” and “Evidence of mice or live mice present in facility’s food and/or non-food areas.”

The full list of all the violations SoCo was cited for on February 13 are as follows:

– Food wasn’t properly protected from sources of contamination during storage, prep, transportation, display or service.
– Cold food items weren’t being refrigerated at appropriate temperatures.
– Live roaches were present in both the kitchen and/or dining area.
– There was evidence of mice in the kitchen and/or dining area.
– The restaurant isn’t vermin proof and has conditions that are conducive to attracting vermin and allowing them to exist.

On March 6, Marc Daly released the following statement through his restaurant’s Instagram account, “For the haters spreading false news PSA we have maintained our A for many years our staff is amazing Soco standards have always been upheld please stop spreading fake rumors about a successful black owned business!!!” He wrote. 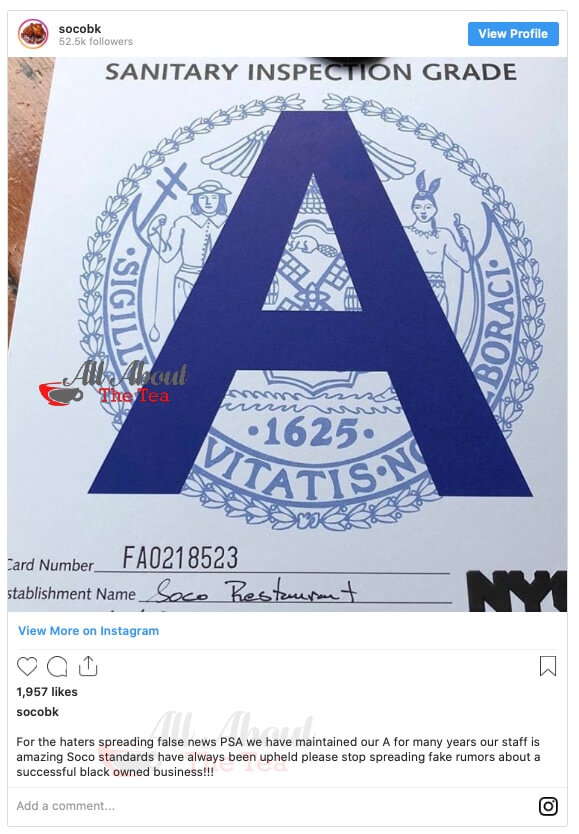 Despite the Brooklyn eatery’s “A” rating, according to New York City Health Department records — the violations listed above are indeed factual and SoCo is not making the grade. See the proof below.

Additionally, the restaurant has been previously cited for the same unsanitary practices — see reports below from the New York City Health Department.

Kenya Moore’s estranged husband has made headlines recently for his appearance on the Bravo reality series. During the March 1 airing of The Real Housewives of Atlanta — Marc was filmed saying he hates his marriage and abruptly quit the show while hosting a charity event for young black men.

The day after Marc Daly’s charity event, he announced that he was dumping The Real Housewives of Atlanta diva.