Welcome back to another episode of Life After Lockup! Let’s get started!

Cut to Maria explaining how Michael never came home after telling her he was going to stay with his daughters while Sarah Simmons went out for a couple of hours. Surprise, Surprise. Maria is quick to say, however, that she’s not worried as she doesn’t think Michael would ruin what they have over something that he had already. LOL, okay girl.

Later in his talking head, Michael Simmons appears to be trying to convince even himself that his tall tale about Sarah going out and him staying home with the girls is true. The producer presses harder asking him if he’s sure Sarah didn’t stay the night also and he says he’s 100% sure. Someone get this man a polygraph!

Michael sneaks back in the hotel room but Maria is waiting for him. She immediately confronts him on his whereabouts stating they had ground rules before they got there regarding his communication. 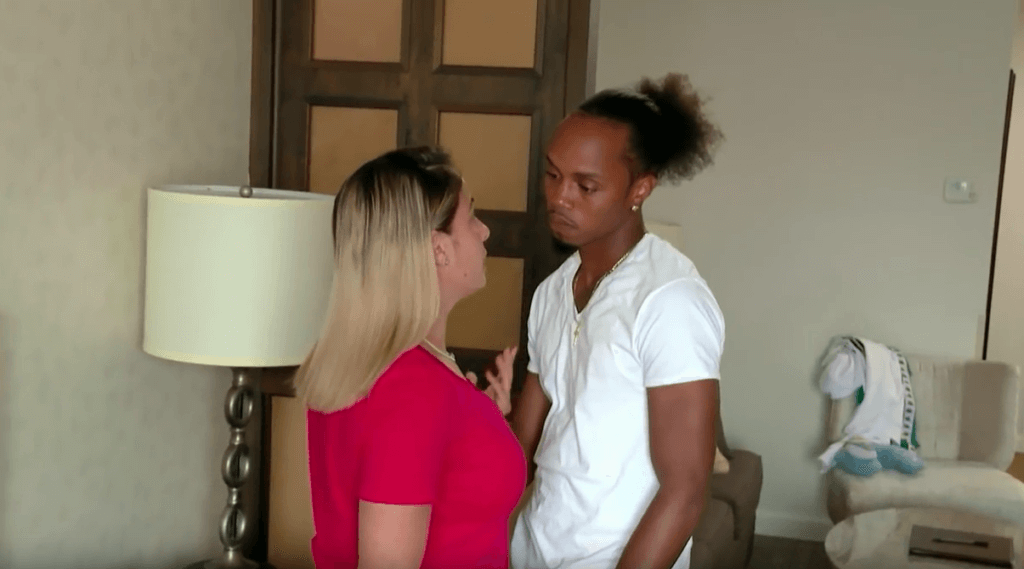 Meanwhile, Sarah Simmons is confessing in her talking head that both she and Michael never went to sleep. Instead they were “vibing and having a good time with one another.” She then admits that she and Michael did have sex but says that she doesn’t feel bad that Michael has a girlfriend because technically he’s still her husband. 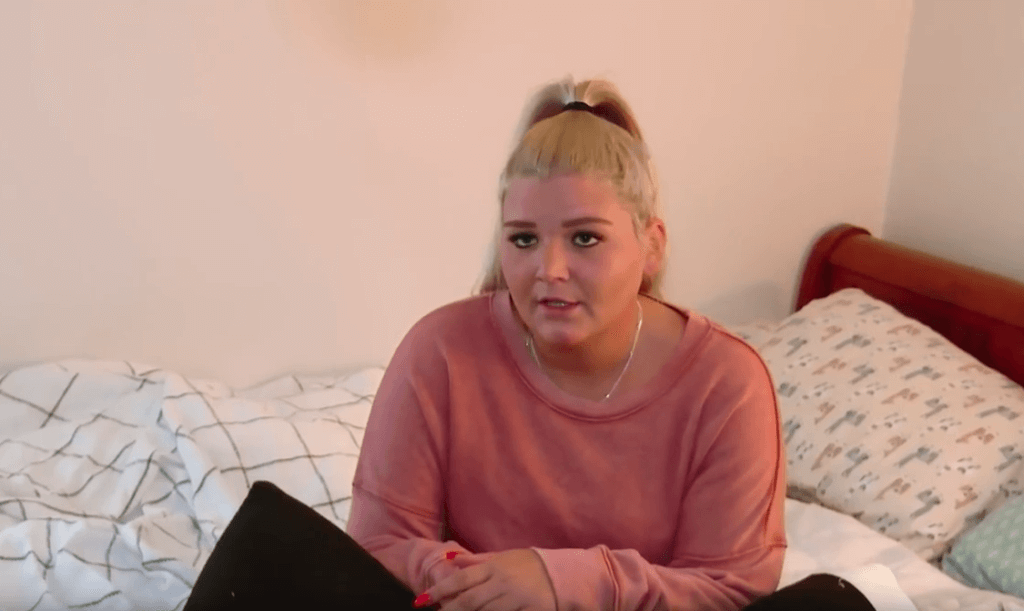 In the middle of Maria interrogating him, Michael gets a call from you guessed it… MEGAN. Maria demands to know why Megan is calling him and says he needs to cut the Megan BS out. She eventually tells him that she trusts him and forgives him for staying out all night and ignoring her phone calls AND text messages. What a team player that, Maria.

At 9 pm, Sarah Simmons decides to drive to the hotel that Michael is staying at and confront him for not making good on his promise to take their oldest daughter, Aviahna for ice cream. According to Sarah, at this point there’s nothing left to lose.

As expected, once she pops up all hell breaks loose. Michael Simmons looks like he’s just seen a ghost and Maria eventually goes all Jerry Springer on Sarah.

Angela drops Tony off to meet Angela’s friend, Tommy, to shop for suits. It’s an unlikely pair for sure as Tony admits that he’s only met Tommy once and he didn’t like him.

Later while Tony is in the dressing room Tommy confesses that he thinks it’s just a matter of time before Tony hurts Angela. Good thing for Angela, Tommy says he’s recently completed a self-defense class stating “there’s no doubt that I could do some damage to Tony.” Now that’s something I’d like to see.

Tony settles on an all-white suit and says that he plans to go barefoot. Tommy looks at him and says “That’s you, Tony.” Then he drops a nuclear bomb and tells Tony that he proposed to Angela once. UM, WUT?! Cut to footage from six months prior where Tommy does indeed pop the question to Angela. Angela was speechless at the proposition but eventually tells her dear friend that she is in love with Tony. 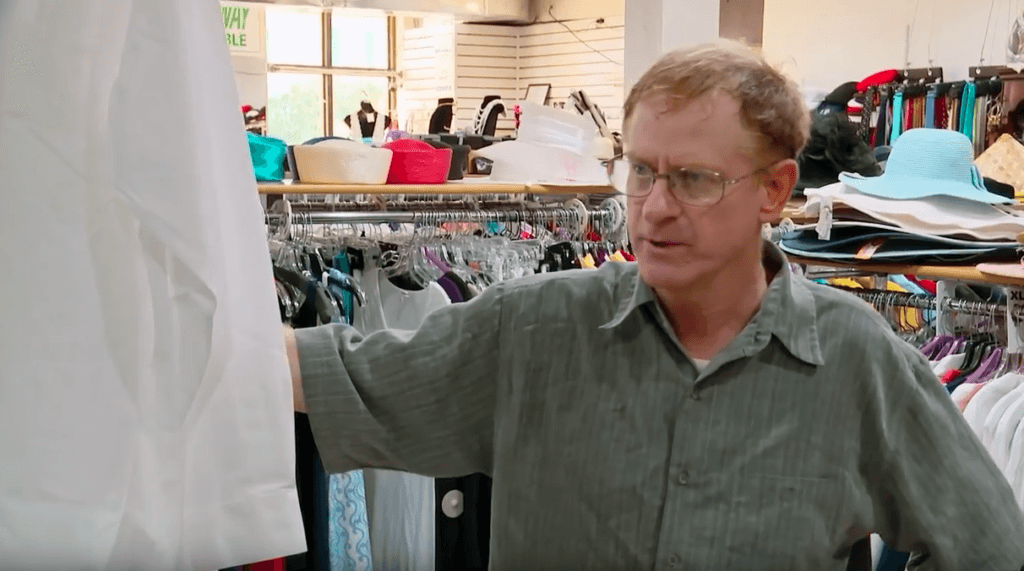 Tony asks how long ago he proposed and Black Belt Tommy immediately backs down stating “it was a while back.” Tony starts to do the math in his head and says that he’s been engaged to Angela for two years and then asks if Tommy knew they were engaged. Tommy’s answer- “I don’t think I did, Tony.” So much for Tommy putting a hurting on Tony. It doesn’t appear this little man is willing to bust a grape in a fruit fight.

Tony asks Tommy to respect his relationship with Angela and stay in his lane but Tommy sticks to his guns and says that Angela is his friend and if someone were to hurt her he would make sure they didn’t do it again. Is that a threat? 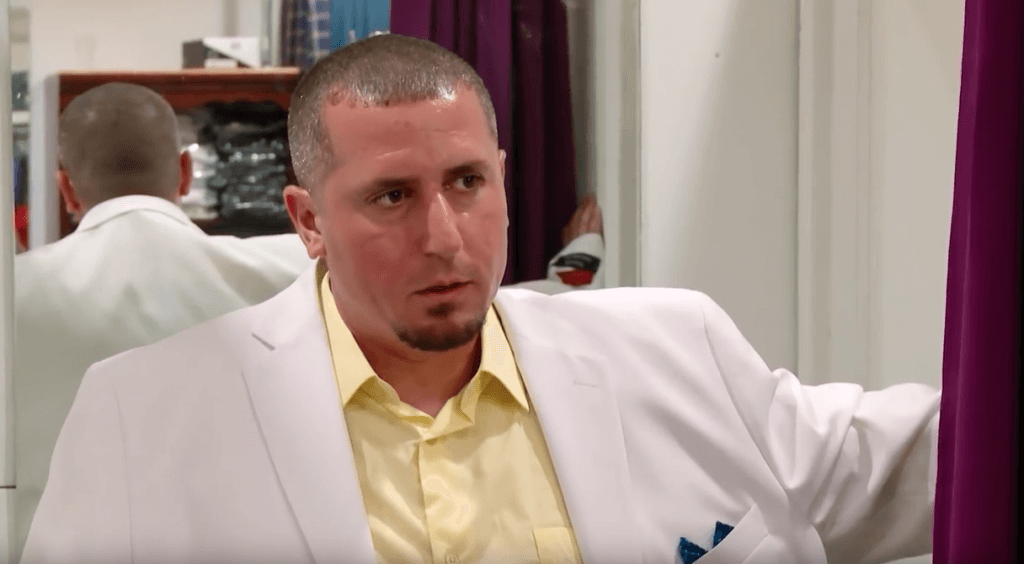 Tony asks Tommy if he’s ever killed anyone before and Tommy says that he hasn’t. Tony then says “until you know what it’s like you should never talk about it.” After that comment, a trembling Tommy turns as white as Tony’s suit.

Tony comes home stomping around the house while huffing and puffing and confronts Angela about Tommy proposing to her. Angela says she can’t help that Tommy proposed to her but confesses that she didn’t tell him because she didn’t want him to react like… well just like how he’s acting right now. Girl’s gotta point.

Tony lays down the law and forbids Angela from seeing Tommy anymore and says he’s not allowed to come to the wedding either. Angela bucks up and says that she will not be following those rules. YIKES. Maybe Tony just needs to hang the rules on the refrigerator for Angela to take them seriously…

Marcelino Santiago finally sneaks back into the house after spending the evening with his secret poker coach. Brittany Santiago interrogates him further knowing that he’s lying. Marcelino Santiago keeps the story up but in a shocking turn of events, Brittany doesn’t call him out on it. Instead she stews on it. All. Night. Long.

The next morning she gets the kids ready and drives them over to a sitter with the plan to go back to the house and confront Marcelino. According to Brittany Santiago, “it’s about to go down.”

She wakes Marcelino up with a beer… all over his body. Then she greets him not with a warm kiss, but a slap to the face while asking him where he was. She reveals that his cousin called the night before so she knows he wasn’t with him. YIKES.

Brittany Santiago gives Marcelino an ultimatum stating she won’t be coming home until he can be honest with her. Marcelino finally reveals that he’s on a losing streak and went to get help from a poker instructor. 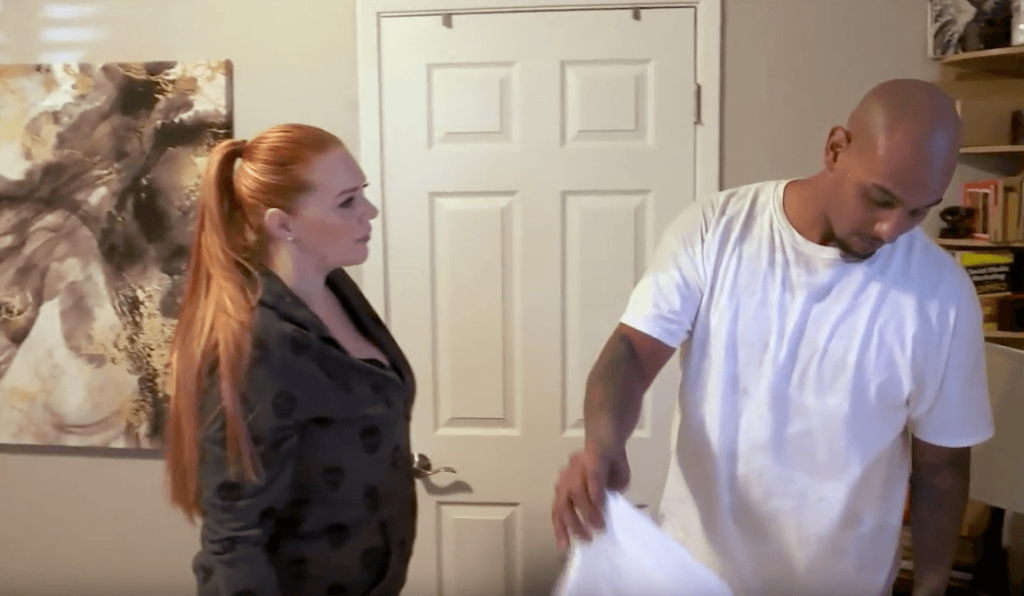 Brittany Santiago sees red once she realizes Marcelino has not only been lying to her about his whereabouts but also their finances. She storms out of the house and peels off on two wheels in her minivan. That’ll show him.

Clint Brady decides to go stay with his parents, stating he hates to be alone. He admits he’s extremely hurt now that he’s realized he’s not Tracie Wagaman’s number one, the drugs are.

Clint Brady’s mother puts her foot down for the last time vowing to keep her distance from Clint if he takes Tracie back this time. She pleads with him to not fall back into his relationship with her.

Cut to a few hours later Clint Brady telling his mother, Alice, that he thinks Tracie Wagaman is at home so he’s gonna head back there to try and talk her into going to rehab. He asks her for a ride because Tracie has his car and she tells him she will not be giving him a ride because she’s no longer enabling him. Clint finally Ubers over to his house but Tracie has him locked out and refuses to answer the door.

Andrea Edwards’ friend Michelle pays her a visit to try and mediate the situation between her and Lamar Jackson. Andrea seems to have taken this condom drama to another level concocting a whole scenario in her mind that Lamar has been paying prostitutes for sex. Even Michelle admits that her friend has a wild imagination and she’s not buying it.

Michelle believes the two spend entirely too much time apart and it’s causing insecurity and rifts in their marriage. Andrea admits she’s having a hard time trusting him but Lamar thinks it’s because of his newfound freedom. 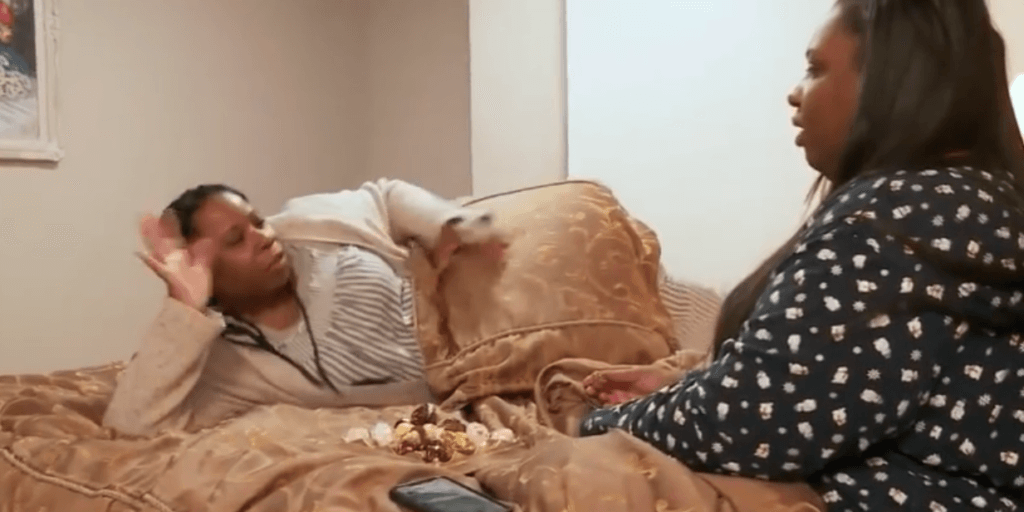 Later Andrea Edwards decides to take Lamar to a special place on the mountain to have a serious conversation. They eventually come to an agreement and decide to work together and compromise with one another. They decide to hold a family vote as to where they will take up residence and Lamar admits that if he loses the vote, he will indeed move to Utah.

Lacey Whitlow is still Facetiming John while Shane Whitlow is still out in the backyard working on the trampoline. John Slater tells Lacey Whitlow it’s time to kick Shane out of her house and Lacey admits that he’s probably right. After all, if you don’t have trust in a marriage what do you have? Keep in mind she’s saying this all while showing John (the man who is not her husband) her bra on Facetime. 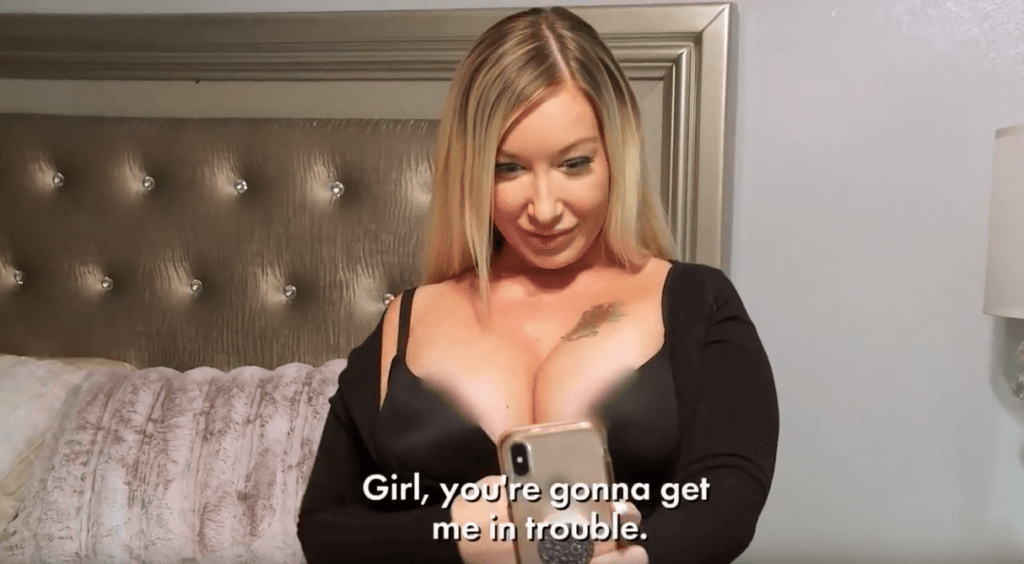 Will Sarah Simmons and Maria go toe to toe? Will Clint Brady eventually get into his own house? Tune into Life After Lockup next week to find out!