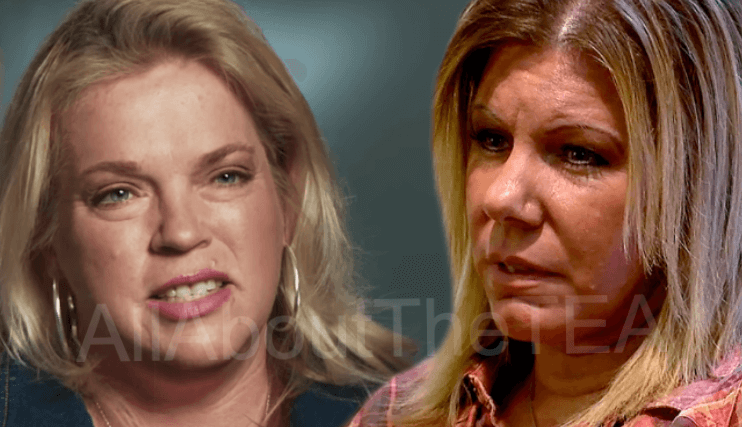 A polygamous cat fight went down on Sunday’s episode of Sister Wives — and viewers got a front row seat, as Kody Brown and his wives squabbled over how their Arizona property would be divided. This explosive incident has Janelle Brown sounding off!

Kody Brown, Meri and Robyn butted heads while TLC cameras rolled — and Janelle Brown weighed in on the plural turmoil while the episode played out. “We often forget the cameras are there. We have never scripted our show and occasionally things happen that get out of control fast. This was one of those times. #SisterWives.” She tweeted on March 1.

Janelle Brown responded to a viewer pointing out the obvious. 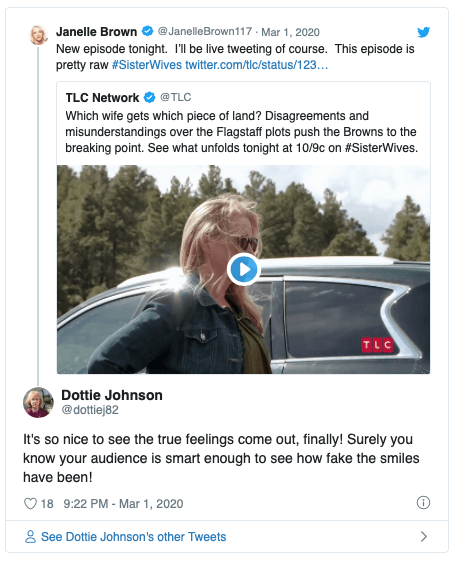 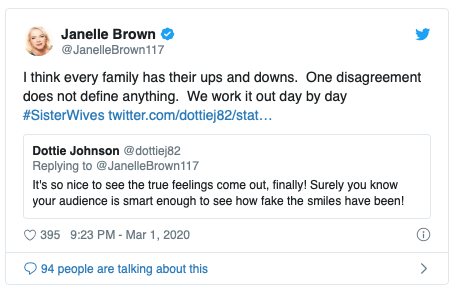 Meri Brown and Robyn Brown exchanged jabs over who would build where — but it was Kody who amped the drama when he accused Meri of being a family diva.

Loyal fans love to defend Meri, so Janelle Brown gave Robyn a shout-out of support. She wrote on March 1, “Just a quick reminder for a few of you – and you know who you are – Robyn has been “in the family “ since we first “met you all” so many years ago. She was there in the first episodes. So I think this “since Robyn came” doesn’t make any sense #SisterWives.” 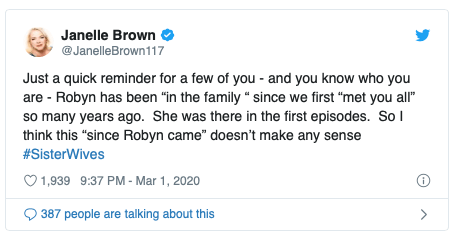 Who do you think should win the Coyote Pass address battle?